Putting Food On Their Table As They Put Food On Yours 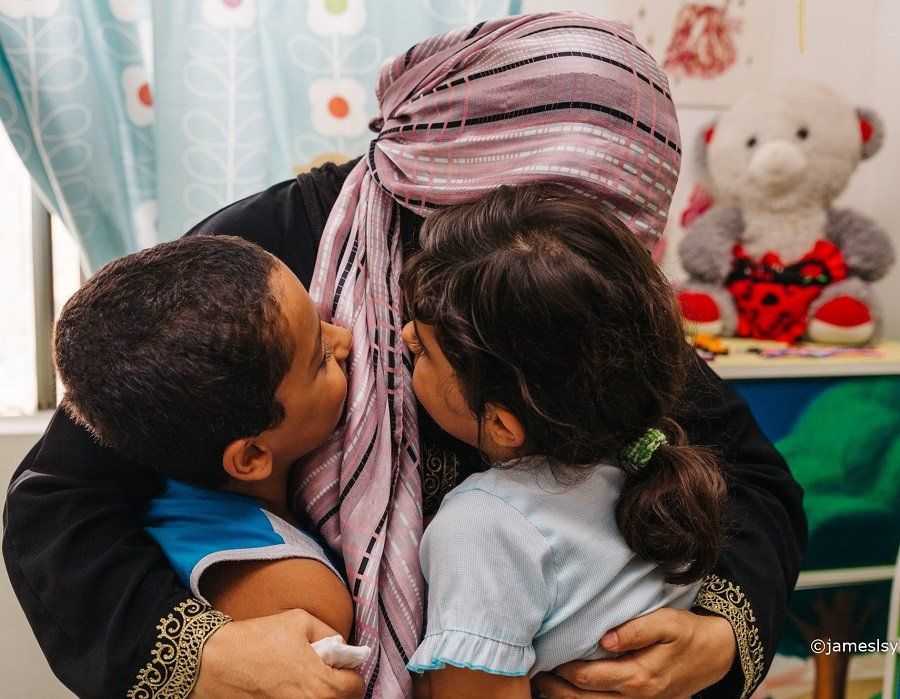 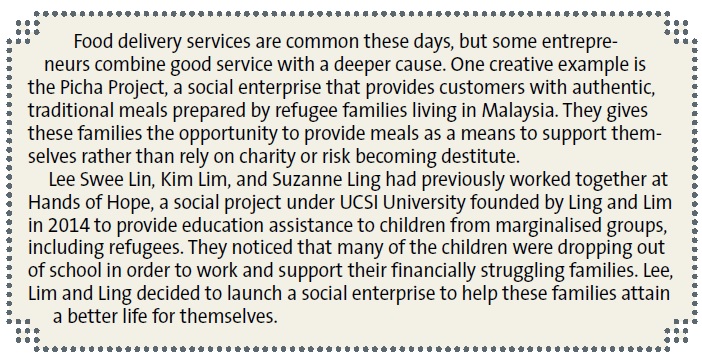 As I stepped into their home, I was greeted with a warm smile and motherly embrace from Sabeen*, an Iraqi woman living in the outskirts of Kuala Lumpur. Sabeen and her family escaped the war and violence in Baghdad four years ago.

I sat down to talk with her about her life before Malaysia and the situations that forced her to come here. Tears welled up in her eyes as she showed me a picture of her brother. He died before her very eyes on a hospital bed after he was shot by gangsters driven by racism. Still reeling from the trauma of a war-torn nation, she fled to Malaysia with her brother’s two children, whom she now treats as her own.

As she conversed in Arabic with the translator and us, Sabeen radiated both gentleness and profound strength. No one would have guessed that she had experienced such a painful life. And what she shared was only a sliver of what she had gone through.

One piece of advice she gives to her children is love everyone. To see Sabeen bear such tenderness towards her kids and impart love in spite of everything she has been through was inspiring to witness first-hand.

When asked what was the most precious thing she took with her when she fled, she answered without hesitation: “My kids.”

We asked her how she felt now that she is living in Malaysia. She smiled and placed an affectionate hand on that of Lee Swee Lin, co-founder of the Picha Project. “Thanks to these girls who have helped us so much, we are able to start our lives anew,” she said. 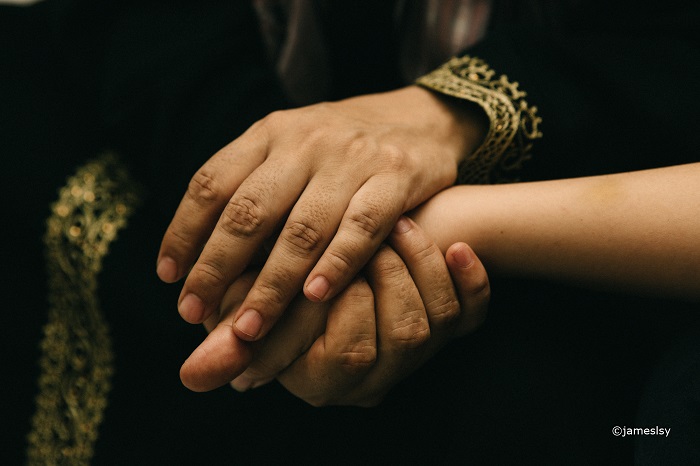 Sabeen’s life is now marked by gratitude and hope. Photo by James LSY.

A Syrian chef and his wife

Amira* was staying in Syria with her son when ISIS militants attacked and invaded her town. At that time, her husband, Hassan*, had been working for 13 years as a chef in Saudi Arabia. Amira and their son were unable to move to Saudi Arabia to live with him as ISIS forces had put a stop to immigration.

Things started changing rapidly when ISIS forces took over. Living in constant fear became the norm. Amira related how she was on her way to the hospital with her son one day to have him vaccinated when she heard an airplane above her.

Afraid that it might be carrying bombs, she turned around and went home instead. Later, she found out that expired vaccines had been given to infants by ISIS forces and that 60 children had died as a result.

In another instance, a rocket hit a building nearby, forcing Amira to hide with her son in her arms. The rocket destroyed the building, killing 22 children and leaving only a four-month-old baby as the sole survivor.

The impact of the blast smashed glass windows around Amira and her son, causing him to tumble out of her arms. Amira knew from that moment on that they could no longer live in Syria.

It was around this time that her husband was promised a job along with a paid flight to Malaysia by a fellow Syrian. Seeing the opportunity to live together with his family and away from the immediate threat of ISIS, Hassan quit his job and came to Malaysia in hopes of gaining a better life for his family.

An example of meals prepared by the refugee families.

He worked tirelessly as a chef and helped his employer set up a restaurant. Unfortunately, he soon discovered that he had been cheated. All of a sudden, his employer closed the restaurant after only a few months in business. He then went back to Syria, leaving Hassan with promises to “pay him” later. It never happened.

The next few months were rough. Hassan looked for restaurants that would hire him as a chef but the salaries offered were barely enough for him and his family to scrape by.

Eventually, he opened a Facebook page and started telling people that he was a chef and needed help. When some people saw this, they offered Hassan and Amira free cooking equipment which they could use for his trade.

The tenacity this family showed in spite of the difficulties thrown at them was incredible.

“It’s very important for a person to be independent. . .” Amira told me. Back home, she had worked three shifts, often with only four hours of sleep, to support her family.

Although Amira didn’t initially know how to cook, she has since learnt how and says she won’t give up.

We are not willing to go into poverty, she told us.

This resilient couple has given up everything, including their families back home who are unable to leave Syria and are currently still living under ISIS control. They thank God that their nightmare is over as they continue to partner with the Picha Project.

To be given hope during the bleakest of times is a reminder that we have one life to live and one chance to make a difference in the lives of others. These stories about the two families demonstrate how even a simple effort on our part can leave a lasting impact on someone else’s life. 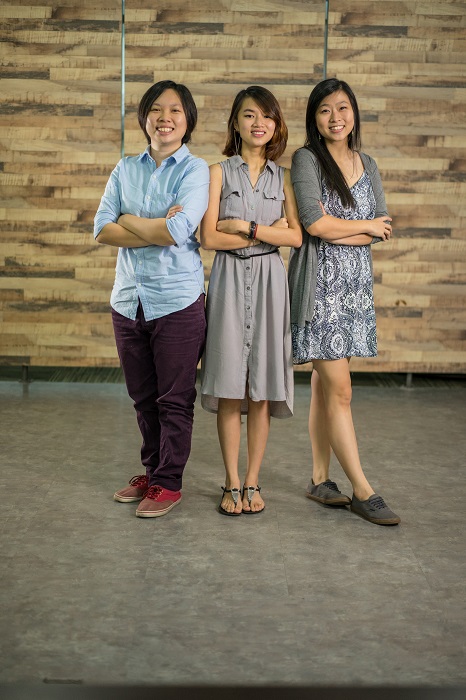 *Names have been changed to protect the privacy of the individuals mentioned.

Learn more about the Picha Project at www.pichaproject.com 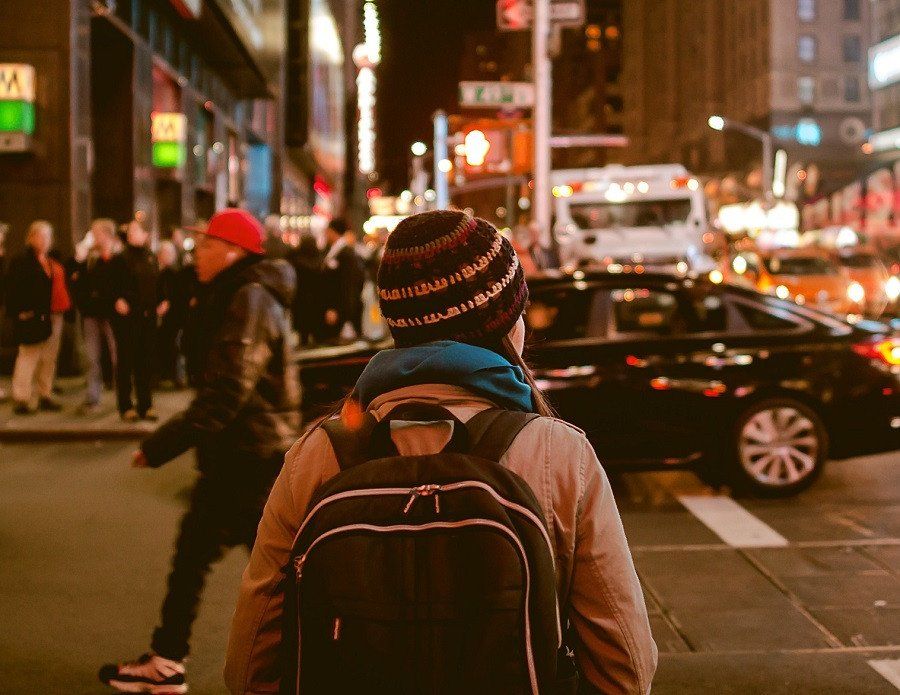