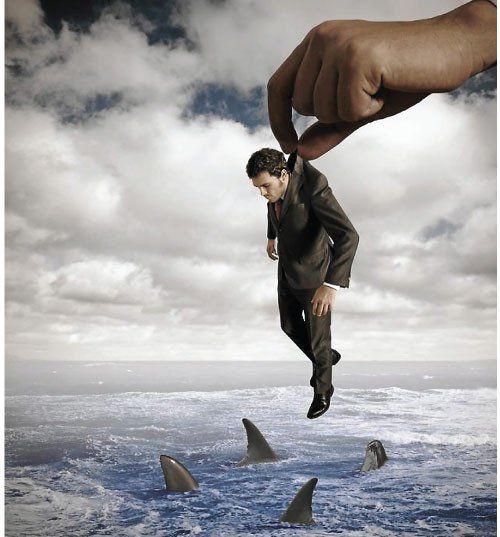 Purpose is Human, Not Economic

I felt sick. I wanted to curl up in a ball and be alone. I didn’t want to talk to anyone. I was ashamed. To most people, what I did would seem a trifle, but to me it was much deeper. I gave a talk to an organisation that violates the very core of my beliefs. In my mind, I felt like a sell-out.

In my pre-engagement calls, I had a bad feeling about this group. They treated me like some vendor. I could barely get a question in, they were talking so much. They also sent an email telling me what to wear – dress pants and a jacket. Had they done no research on me? I always wear jeans. But I talked myself out of it. “Stop acting like a diva,” I told myself.

I sat backstage waiting for my time to speak, listening to the executives give their talks to the group. They presented themselves as a company that sells financial advice, but in my opinion, they weren’t doing it in an honourable way.
It seemed to me to be more like a pyramid scheme; a multilevel marketing organisation that makes money on recruiting new financial planners and having them use their “system” to win clients. All they did was talk about money and who were the high performers. Never once did they talk about helping their clients, the people they are supposed to be serving.

I believe in helping people and doing right by others. This company preyed on people’s ambitions. They weren’t interested in helping people, they were interested in exploiting them and profiting off their risk. I felt sick. I didn’t want to be there and I didn’t want to be a part of it. I made my choice. There was something I had that they didn’t: the microphone. They were going to put me on the stage, turn on a spotlight and let me speak, uninterrupted for 60 minutes. I would use that time to share my message. To preach. And preach I did.

I spoke of the power of trust. I spoke of giving to others as the most selfish thing any person could do, because the more we look out for others, the more others will look out for us. I chastised systems that manipulate (and I stared right at the senior executives when I did).

I told stories I had heard from my time with the military, stories of heroism and sacrifice. “They give medals to people who are willing to sacrifice themselves so that others may gain,” I said. “In business, we give bonuses to those who are willing to sacrifice others so that we may gain. We’ve got it backwards,” I implored. They clapped at the end, but I didn’t stick around. I walked off the stage, grabbed my stuff and walked straight out the back door. I didn’t talk to anyone and I didn’t want anyone to talk to me. I felt sick and ashamed that I was a part of this.

I joined the daily huddle call our little company has where we share what we’re up to for the day and ask for help if we need it. I didn’t follow the normal procedure. Instead, I confessed. I told them how I felt. My team was amazing. “Don’t sweat it,” they said trying to make me feel better, “We’re sure your message resonated and you converted a few.” One by one they took turns trying to help me see something good that may have come from this experience.

But purpose cannot be rationalised.

I remember when I worked in the advertising industry and I asked one of the executives what societal good advertising does. “We help drive the economy,” was his response. So did the manufacturers of gas chambers during the holocaust. Finding elements of good does not equal a noble purpose. It’s just rationalising.
Providing jobs, driving the economy, serving the shareholder are not purposes. They are rationalisations used when a greater cause or purpose is not clear or not there.

Real purpose has a clear and definitive direction. It is a path that points towards a very specific vision of the future.
Rationalisations have no destination, they are simply a calculation to demonstrate some benefit to justify the actions. Rationalisations are just that: rational. In contrast, purpose is deeply emotional.

This is why we feel passion and intense drive when we are involved with something that has purpose. And it’s why we get that sick feeling when we do something in violation of that purpose. There is no sick feeling from violating a rationalised purpose… nor is there an invigorating passion to pursue it. Because a true sense of purpose is deeply emotional, it serves as a compass to guide us to act in a way completely consistent with our values and beliefs.

Purpose does not need to involve calculations or numbers. Purpose is about the quality of life. Purpose is human, not economic.

I thanked my team for the support, but insisted that we could not and should not try to rationalise making these kinds of errors. They are mistakes and we should learn from them to avoid finding ourselves in the same position again in the future.

We should feel ashamed when they happen and we should also hold each other accountable and support each other to avoid decisions that would leave us in a position where we are forced to compromise what we stand for. We’ve already implemented new checks and balances to avoid the same situation happening again.
The company I spoke for already signed a contract for me to speak at another one of their events later this year. The problem for them is, I won’t be there. There is no contract on the planet that can force me to violate what I stand for. I will lose money and I will certainly ruffle some feathers… and that’s fine by me.

They will all get over it in due course. I wouldn’t. They will rationalise why I was the wrong person for the job anyway. But I could never feel whole for showing up, no matter how much money they offered. Money is a calculation. My values are who I am.

P.S. After the event the client sent a complaint to the speakers’ bureau. The client was upset that I wore jeans and no jacket. 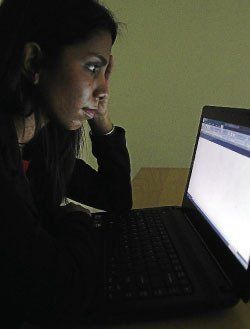 Should You Start Looking For A New Job?

Simon Sinek
Simon Oliver Sinek is a British-American author and inspirational speaker. He is the author of five books, including Start With Why and The Infinite Game.