Popular Kids Vs. Nerds: Which Fare Better In Life?

The 21st century looks set to be the season for geeks. It is the age of The Big Bang Theory, thick-framed glasses, computer wizardry and futuristic gadgetry.

It is prime time for individuals like Bill Gates, Mark Zuckerberg, Jack Dorsey and Tina Fey; their success stories seem to play out like a Revenge of The Nerds sequel.

The shy, awkward teenager in high school now holds more celebrity traction than any local prom queen or star athlete could ever hope for. It is rumoured that Gates himself once said, “Be nice to nerds. Chances are, you’ll end up working for one.”

It seems like the perfect karmic ending for the high school nerd. The teenage social outcast finally blooms into his/her own in adulthood, while the popular bully fades into obscurity. But does life ever deal out such a fair trade of events?

Recently, the Washington Post ran an article on a study that followed the success of popular kids versus nerds after the end of high school.

The study showed that contrary to widespread belief, popular students earned a higher income in the long run compared to those who were less popular.

Data was obtained from the Wisconsin Longitudinal Study, a survey conducted on 10,000 male and female participants who graduated from a Wisconsin high school in 1957.

At graduation, the students were asked to name three people whom they considered their closest friends; the names that recurred the most were deemed the most popular.

Social characteristics and career achievements were tracked and used as data. Over time, it turned out that for every nomination a student received in 1957, it corresponded with a 2% increase in income 35 years later.

So it appears that apart from the Tina Feys and the Bill Gateses of the world, life hardly ever appears to be balanced for the nerd. It does seem somewhat unfair that those who had it all in high school continue to have it all later in life, but before we become all bitter and resentful, let’s dissect the title of the popular kid.

Alexandra Robbins, author of The Geeks Shall Inherit The Earth – a book about traits that made nerds more successful in life – pinned popularity down to three characteristics according to the American high school paradigm: visibility, recognition and influence.

Although there may be some parts of that definition which may be applicable, we ought to recognise that popularity is also about being “commonly liked” or “suitable to the majority”, according to the Merriam-Webster dictionary.

That means that popularity is about being accepted,as well asrecognised. It’s too easy to stereotype the popular kid as the mean cheerleader or the bullying jock (thanks to numerous American high school movies); the popular kids are not necessarily mean or stupid; they too have their own skills and values to contribute to the workplace.

Coming back to the Washington Longitudinal Study, it’s easy to see how the most well-liked translated into the most nominations, and how that corresponds into greater success in the workplace.

Popular students possess a fair amount of social skills that help them to navigate through different social dynamics.

The current workplace no longer operates in isolation, but requires that people work in teams of varying demographics. Therefore, those with social skills who are able to relate to different kinds of people will be the greatest beneficiaries of these environments.

Popular kids usually also exhibit self-confidence and extraversion, traits which are likeable and can beuseful in social situations such as networking or interviews.

However, all hope is not lost for the nerds. As mentioned, this is the day and age for the nerds to seize the world. Although the popular kids may have published papers to substantiate their success, numerous studies too have been conducted to shed light on the power that lies within the grasp of the socially awkward.

The triumph of nerds

Robbins, a renowned author and consultant, coined the term Quirk Theory to explain how nerds too can be successful in real life after high school. Quirk Theory basically states that the traits which made the nerd alienated in school (unique personalities, passions and ideas) can end up being admired or valued traits in adulthood.

Conforming to the majority may have been desired in adolescence, but being exceptional makes one distinguishable amongst a sea of employees.

Social outcasts also typically develop coping strategies and independence, traits which prove to be useful in the face of peer pressure, especially when it comes to destructive behaviour.

They are able to deal positively with stressful social situations while also learning to build emotional and psychological foundations outside of the herd mentality.

But aside from personal circumstances, the world has also evolved to celebrate the nerd. The digital age renders the geeks and techies completely necessary. No longer are the computer literate considered the rump of the litter, but with giants like Google and Apple, being a nerd is now the “in” thing.

The world and its future is an oyster for the geek, because unlike the athlete who is relegated to just the realm of the physical, the former has the expanse of the intellect and the technological empire for him to conquer.

At the end of the day, the war isn’t between the geeks versus the jocks. It isn’t about which rung of the social ladder you were on and how that determines the trajectory of your life. What is important is what we learn from both the Prom King and the Mathlete to achieve our own success.

The Prom King employs social skills, personal appearance and social clout to his advantage in the workplace. Similarly, the Mathlete uses technical prowess, management tactics and independence to advance his career. A combination of both abilities then gives us the best of both worlds.

It is the skills we pick up that matter the most when it comes to handling life outside of the protection of school. Being a quick learner and having self-confidence will do more for your career than being a part of The Plastics. 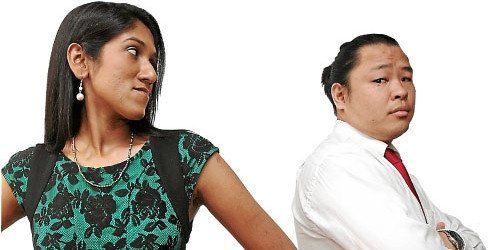 The Female Advantage: What Distinguishes Women In The Workplace?