Overcoming Your Weakness – The Batman Way 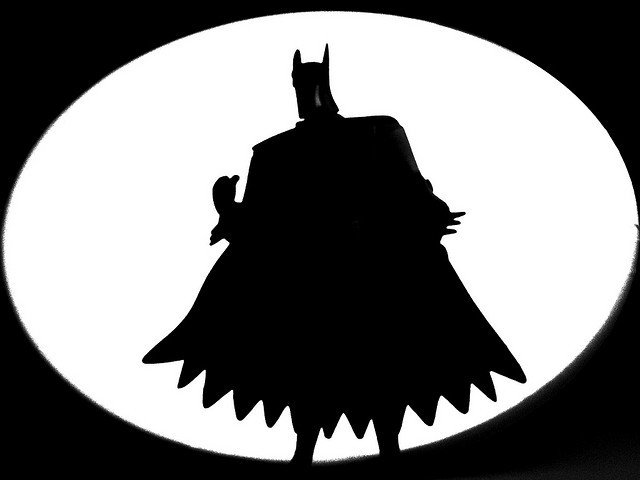 6 ways to build your superhero strength, from the Dark Knight himself

Superheroes – well, we all have our favourites. There are Superman, Spiderman, Wonder Woman, Batman and so many others. These superheroes are symbols of strength, bravery, integrity and morals.

Many of us have wished that we had superpowers like our heroes to empower ourselves, especially in times of difficulty and hardship. Every superhero has lessons for us. So even though we may not become like them, perhaps our lives can at least bear a little bit of resemblance to theirs.

Today, let’s look at Batman, the superhero who has no supernatural abilities and yet manages to overpower all his enemies. As a child, Bruce Wayne helplessly witnessed the horror of his parents being shot dead in front of him.

Growing up, he developed a rather negative reputation for being a billionaire playboy. People always assumed the worst of him, yet despite all this, he managed to overcome his weaknesses to become one of the greatest superheroes of our time.

We all have our weak points, things that hinder us from moving forward. But Wayne found ways around his.

So here are six tips we can learn from Batman on how to overcome weaknesses:

1. Build a winning team to support you

Batman was never really alone in his endeavours to retain justice in Gotham City. He had the support of a few of his trusted associates.

There was Robin, his sidekick who was always there to cover his back in battles, and Lucius Fox, his tech expert and the brains behind most of the cool gadgets he uses to win battles.

Not to forget, Commissioner Gordon who helps him keep a look out for crimes in the city and of course his loyal servant Alfred, who is always there to help Wayne pick himself up.

It is always good to have a great team to support you. Build your team with members that have different sets of skills, as they will be able to bring much more to the table.

Your team members would be able to keep a check and balance on each other and ensure that everyone is on the right track.

2. Leverage on the advancement of technology

Batman is one of the few rare superheroes who does not actually possess any super powers. Instead, he improvises. He makes up for his lack of superpowers by taking full advantage of what technology has to offer.

The bat suit itself is an impressive piece of technology. It is a combination of an armour equipped with knee guards, calf guards, leg armour, arm guards, a full torso vest and a spine guard.

Communications and combat technologies like the utility belt and of course, the wings, help him fly.

In this era where technology is rapidly advancing, there are various kinds of gadgets made available to us. Internet and wireless connections everywhere work to our advantage as they facilitate our communication.

We are no longer limited to phone calls or snail mail to interact with each other. Electronic mails, instant messaging and video calls enable us to communicate instantly and information can be passed through multiple channels.

Wayne wasn’t born with skills that complimented Batman. He polished his skills by training hard to improve his agility, strength and combat skills. The only difference between normal civilians and Batman was that he took a lot of effort to groom himself into a superhero.

We may not all be born with the natural talents of a salesperson, a writer or a designer, but if we put in the effort, we can be the best in our field. There are many ways to learn and develop new skills.

Attend a course, get a mentor and read up. There are many great books by great leaders out there on how to improve skill sets. The most important thing is to keep practising.

As cliché as it sounds, the saying “practice makes perfect” actually does make a lot of sense.

Batman has only one rule: he doesn’t believe in killing his enemies. Although he has the ability to do so, and sometimes it may be tempting to just kill those ruthless criminals, he chooses to always resolve it in an ethical manner.

At times we are forced to deal with challenging parties, be it a competitor speaking ill of us or dealing with clients who refuse to keep up to their end of the deal. Always be the bigger person, and take the high road.

It may not be easy, but ultimately it projects the level of professionalism you have, and this will go a long way in uplifting your image.

5. Identify the root cause of the problem

Batman is as much a detective as he is a superhero. When something happens, he doesn’t just go around slaying the villains; he takes time to actually investigate the situation and get to the root cause of the crime.

By finding the root cause, he gains a better understanding of the criminals and thus, is able to tackle them in the most appropriate way.

Treating a problem at the surface level instead of addressing the root cause first is a disaster in the making. Treating a problem superficially is a faster route but we cannot guarantee that the problem will not occur again.

Although finding the root cause requires a lot more effort and time, once we discover why a certain issue occurred in the first place, we can save ourselves the trouble of going through the whole cycle of fixing the same problem over and over again.

6. Stick to your principles

Batman’s primary goal is to rid the city of Gotham from evil doers and ruthless criminals. Nothing can get in the way of his commitment to keep the public safe.

No matter how physically weak he is, or even when people don’t believe in him, he always believes in what he does and never fails to restore peace to the city.

The corporate world is cluttered with individuals and organisations failing to live up to the values they set for themselves. It is very easy to stray away from our beliefs when things get tough.

Of course, as humans, it is only normal for us to fail once in a while, but what is important is that we don’t fall and stay at the bottom, but we pick ourselves up and redirect back to the path we promised ourselves to stay on at the first place.

No matter how difficult things are, Batman never allows anything to stand in his way of being the hero he is meant to be.

He constantly comes up with solutions to overcome his weaknesses. He proves that we don’t need to rely on physical strength to be strong. We just need determination and diligence.

Feel free to discuss other life lessons from Batman with us at editor@leaderonomics.com! 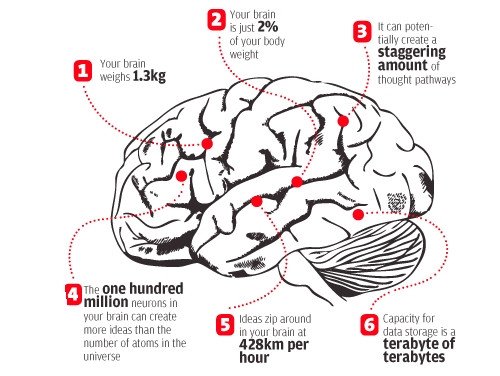 Six Things You Didn't Know About Your Brain