Nine Skills To Learn That Pay Off Forever 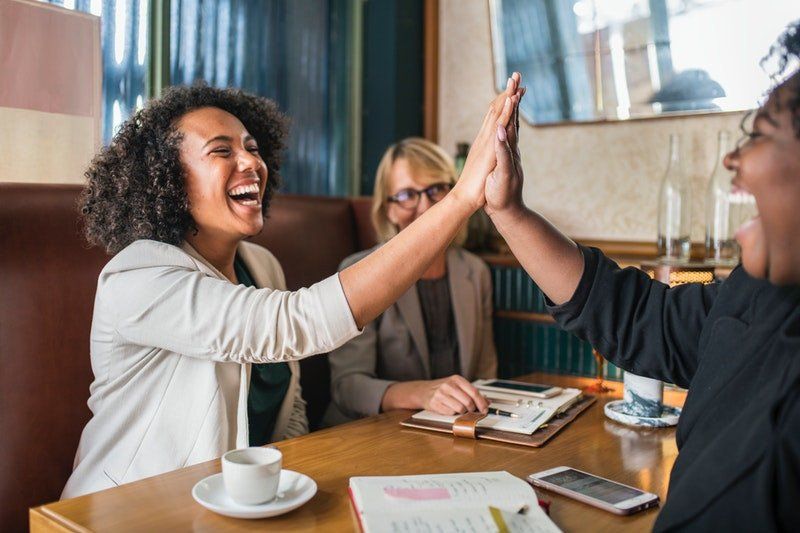 The further along you are in your career, the easier it is to fall back on the mistaken assumption that you’ve made it and have all the skills you need to succeed. The tendency is to focus all your energy on getting the job done, assuming that the rest will take care of itself.

Recent research from Stanford tells the story. Carol Dweck and her colleagues conducted a study with people who were struggling with their performance. One group was taught to perform better on a task that they performed poorly in. The other group received a completely different intervention: for the task that they performed badly in, they were taught that they weren’t stuck and that improving their performance was a choice.

They discovered that learning produces physiological changes in the brain, just like exercise changes muscles. All they had to do was believe in themselves and make it happen.

The primary takeaway from Dweck’s research is that we should never stop learning. The moment we think that we are who we are is the moment we give away our unrealised potential. 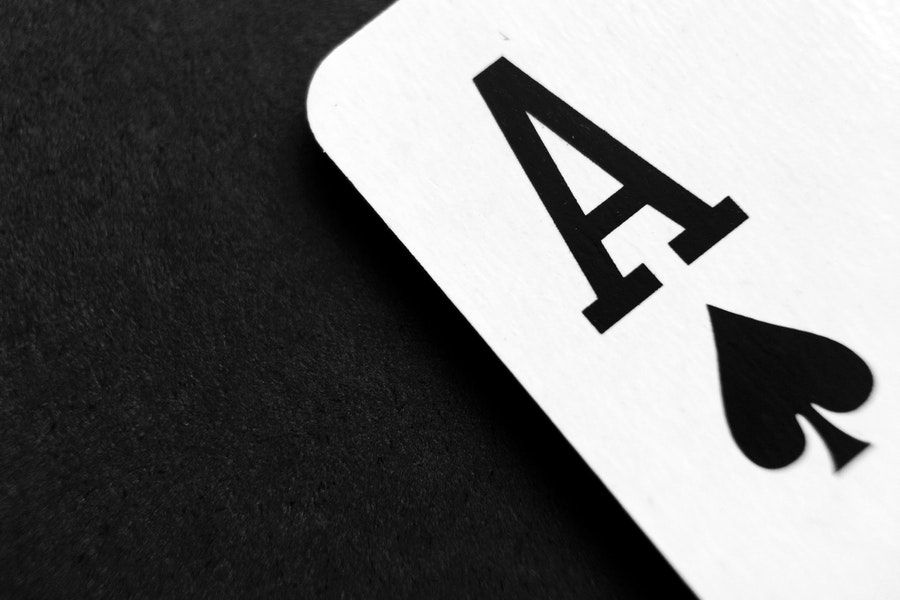 The act of learning is every bit as important as what you learn. Believing that you can improve yourself and do things in the future that are beyond your current possibilities is exciting and fulfilling.

Still, your time is finite, and you should dedicate yourself to learning skills that will yield the greatest benefit. There are nine skills that I believe fit the bill because they never stop paying dividends. These are the skills that deliver the biggest payoff, both in terms of what they teach you and their tendency to keep the learning alive.

EQ is the “something” in each of us that is a bit intangible. It affects how we manage behavior, navigate social complexities, and make personal decisions that achieve positive results. EQ is your ability to recognize and understand emotions in yourself and others and your ability to use this awareness to manage your behavior and relationships.

Decades of research now point to EQ as the critical factor that sets star performers apart from the rest of the pack. It’s a powerful way to focus your energy in one direction, with tremendous results.

We tested EQ alongside 33 other important workplace skills and found that EQ is the strongest predictor of performance, explaining a full 58% of success in all types of jobs. Of all the people we’ve studied at work, we’ve found that 90% of top performers are also high in EQ. On the flip side, just 20% of bottom performers are high in EQ.

You can be a top performer without EQ, but the chances are slim. Naturally, people with a high degree of EQ make more money, an average of $29,000 more per year than people with a low degree of emotional intelligence.

The link between EQ and earnings is so direct that every point increase in EQ adds $1,300 to an annual salary. Increasing your EQ won’t just pad your bank account, it’ll make you happier and less stressed as well.

One of the biggest things that gets in the way of effective time management is the “tyranny of the urgent”. This refers to the tendency of little things that have to be done right now to get in the way of what really matters.

When you succumb to it, you spend so much time putting out fires that you never get any real work done. How many times have you left work at the end of the day, only to realise that you didn’t move the important things along even one inch?

Learning to manage your time effectively frees you up to perform at your absolute highest level, and it does so every single day of your life.

This one should be easy. If we’re not talking, we’re listening, right? Well, not exactly. A lot of times, we think we’re listening, but we’re actually planning what we’re going to say next.

Listening is a bit like intelligence – most everyone thinks they’re above average (even though that’s impossible). A study at Wright State University surveyed more than 8,000 people from different verticals, and almost all rated themselves as listening as well as or better than their co-workers. We know intuitively that many of them were wrong.

There’s so much talking happening at work that opportunities to listen abound. We talk to provide feedback, explain instructions, and communicate deadlines.

Beyond the spoken words, there’s invaluable information to be deciphered through tone of voice, body language, and what isn’t said. In other words, failing to keep your ears (and eyes) open could leave you out of the game.

Research conducted at the University of California, San Francisco, showed that the more difficulty that you have saying no, the more likely you are to experience stress, burnout, and even depression. Saying no is indeed a major challenge for many people.

No is a powerful word that you should not be afraid to wield. When it’s time to say no, avoid phrases such as I don’t think I can or I’m not certain. Saying no to a new commitment honors your existing commitments and gives you the opportunity to successfully fulfill them.

When you learn to say no, you free yourself from unnecessary constraints and free up your time and energy for the important things in life.

It might seem counterintuitive to suggest that asking for help is a skill, but it is. It takes a tremendous amount of confidence and humility to admit that you need assistance. This skill is critical because the last thing a leader wants are employees who keep on trucking down the wrong path because they are too embarrassed or proud to admit that they don’t know what they’re doing.

The ability to recognise when you need help, summon up the courage to ask for it, and follow through on that help is an extremely valuable skill.

We’ve always known that quality sleep is good for your brain, but recent research from the University of Rochester demonstrated exactly how so.

The study found that when you sleep, your brain removes toxic proteins, which are by-products of neural activity when you’re awake, from its neurons. The catch here is that your brain can only adequately remove these toxic proteins when you have sufficient quality sleep.

When you don’t get high-quality deep sleep, the toxic proteins remain in your brain cells, wreaking havoc and ultimately impairing your ability to think—something no amount of caffeine can fix. This slows your ability to process information and solve problems, kills your creativity, and increases your emotional reactivity.

Learning to get high-quality sleep on a regular basis is a difficult skill to master, but it pays massive dividends the next day.

7. Knowing when to keep quiet

Sure, it can feel so good to unload on somebody and let them know what you really think, but that good feeling is temporary. What happens the next day, the next week, or the next year?

It’s human nature to want to prove that you’re right, but it’s rarely effective. In conflict, unchecked emotion makes you dig your heels in and fight the kind of battle that can leave you and the relationship severely damaged.

When you read and respond to your emotions, you’re able to choose your battles wisely and only stand your ground when the time is right. The vast majority of the time, that means biting your tongue.

Initiative is a skill that will take you far in life. In theory, initiative is easy—the desire to take action is always there—but in the real world, other things get in the way.

There’s a big difference between knowing what to do and being too scared or lazy to actually do it. That requires initiative. You have to take risks and push yourself out of your comfort zone, until taking initiative is second nature.

We’ve all received the well-meaning advice to 'stay positive'. The greater the challenge, the more this glass-half-full wisdom can come across as Pollyannaish and unrealistic. It’s hard to find the motivation to focus on the positive when positivity seems like nothing more than wishful thinking.

The real obstacle to positivity is that our brains are hard-wired to look for and focus on threats. This survival mechanism served humankind well, back when we were hunters and gatherers and living each day with the very real threat of being killed by someone or something in our immediate surroundings.

That was eons ago. Today, this mechanism breeds pessimism and negativity through the mind’s tendency to wander until it finds a threat. These 'threats' magnify the perceived likelihood that things are going – and/or are going to go – poorly. When the threat is real and lurking in the bushes down the path, this mechanism serves you well.

When the threat is imagined and you spend two months convinced that the project you’re working on is going to flop, this mechanism leaves you with a soured view of reality that wreaks havoc in your life.

Maintaining positivity is a daily challenge that requires focus and attention. You must be intentional about staying positive if you’re going to overcome the brain’s tendency to focus on threats.

Research shows that lifelong learning pays dividends beyond the skills you acquire, so never stop learning. 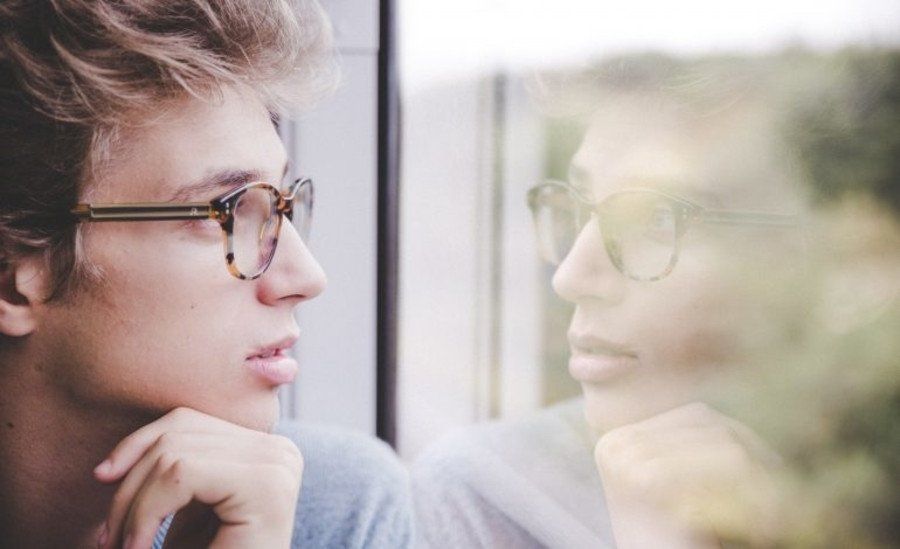 How Your Personality with Money Can Influence Your Financial Decisions