Are Millennials Truly The ‘Worst’ Generation? 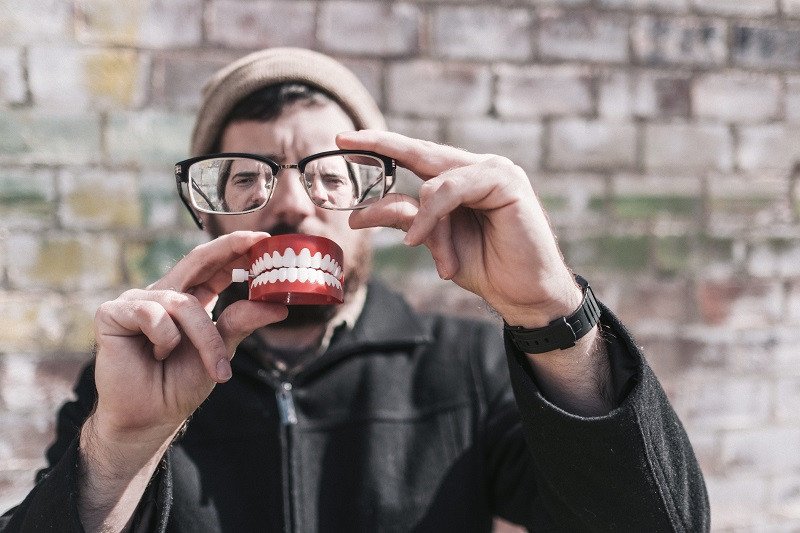 Every Generation Comes with Its Own Sets of Problems

Slapping stereotypes is not only pointless, but it is also discouraging

“They feel so entitled; always complaining but never realising that rewards come at a price. They are always whining about situations but not making an effort to do something about it.”

We often hear statements like the above, and some of us may have even caught ourselves saying them. We make discriminatory statements about this “entitled” generation sitting in cafes with their smartphones, flat whites, and skinny jeans. But not many people understand that. . .

Every generation has its own set of problems

It’s a pattern. Each generation often retreats into the “back in my day” mentality in a way that often degrades current and future generations. As writer, comedian, and host Adam Conover once said:

According to a PwC study on millennials in the workforce, this generation is expected to make up about 75% of the global workforce by 2025, holding the highest level of education. Amongst the Silent generation (ages 69-84), only 7% of women and 12% of men had a bachelor’s degree. Millennial men and women are nearly four times more likely to attain a degree. However, employment rates have distinctively dropped amongst millennials. A consistent 78% of men in the Gen-X, Boomer, and Silent generations were employed at ages 18 to 33.

In other words, millennials may have aced their diplomas, degrees, and post-graduate programmes but many are not able to secure jobs that would help them manage high costs of living (which includes expensive student loans). They also earn less than their older peers before the recession and have 60% lower wage growth.

The truth is millennials have their own set of problems – issues that baby boomers and generations before that may have not encountered. Similarly, Gen-X (ages 35 to 54) and baby boomers (ages 53 to 71) may have faced issues that millennials may never be able to relate to. This is not a comparison to see who faces tougher issues. It is true that while each group of people has problems, we also have strengths we can use to build upon each other.

The different ‘generations’ are just people

The fact is that generations in general don’t exist. We’ve made them up, said Adam Conover at a marketing conference.

We have divided this large group of people who are alive at the same time into sections that degrade and condescend to each other with statements like:

“They are narcissistic.”
“They are lazy.”
“It’s all about this selfie generation.”
“Back in my day, we had to work harder than the younger ones today.” 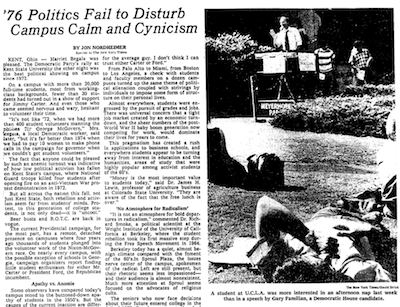 And we have seen this happen across time as each new generation comes up. Ernest Fladell said on the cover of Life magazine back in 1968: “Even as I said it, I knew the phrase ‘to make a living’ could have absolutely no meaning to these children of the affluent society.” He said this in reference to the baby boomers who, at that time, were the upcoming generation.

Back in 1976, the New York Times published an article to show that youths were too lazy to care about politics. The article was accompanied by a photo of a young person who appeared to be napping instead of listening to a speech by the Democratic House republican. “The Now Generation has become the Me Generation,” the Times said.

Newsweek’s front cover back in 1985 titled “The Video Generation” displaying a narcissistic generation’s need to videotape every moment of their life with their “new” technology. . . videotape recorders. 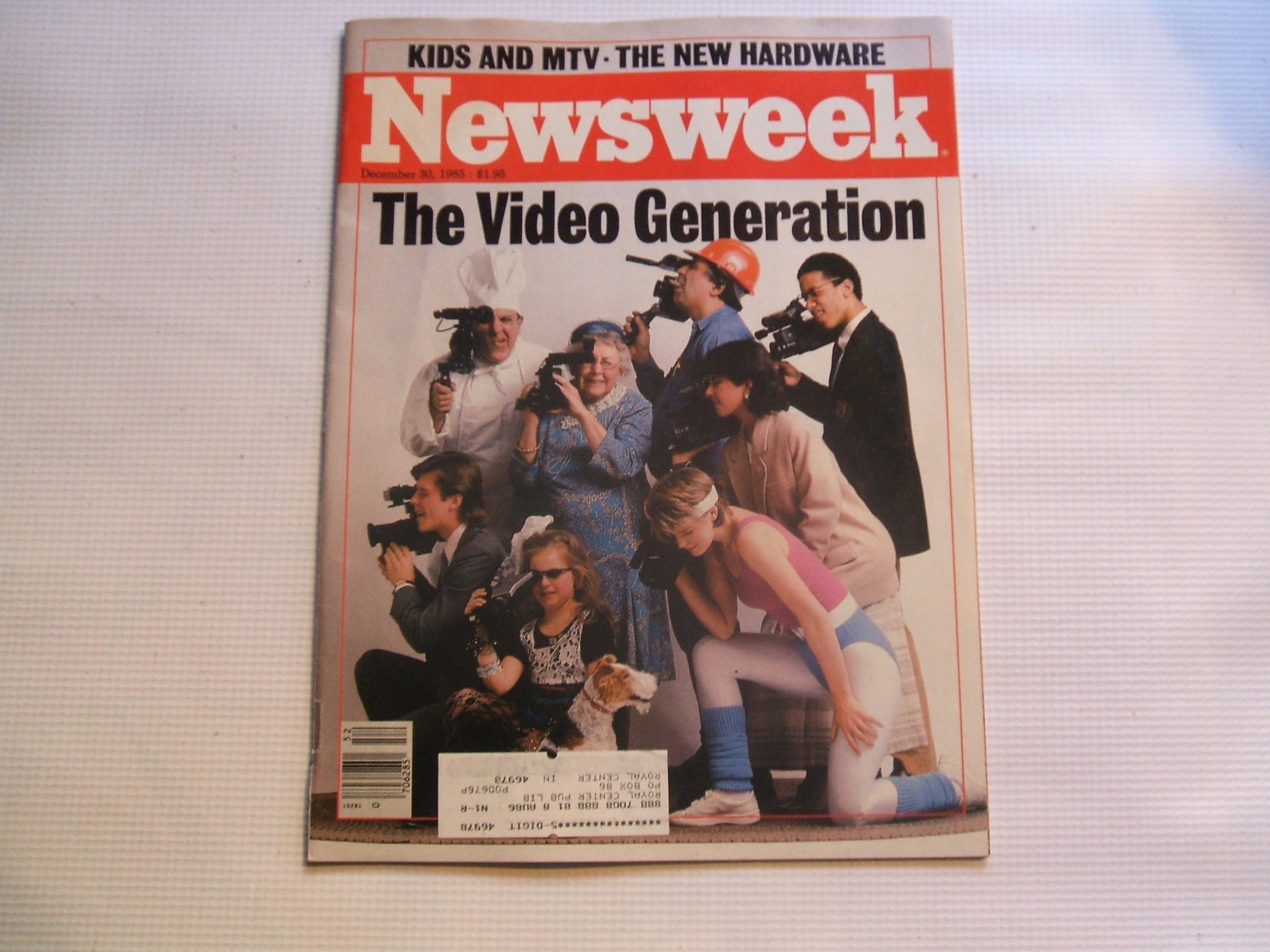 In 1990, Time pondered aloud on its front cover: “Twentysomething – Laidback, late-blooming or just lost?” The article spoke of how youngsters of the time had trouble making decisions, being committed, and were haters of the yuppies, hippies and druggies. 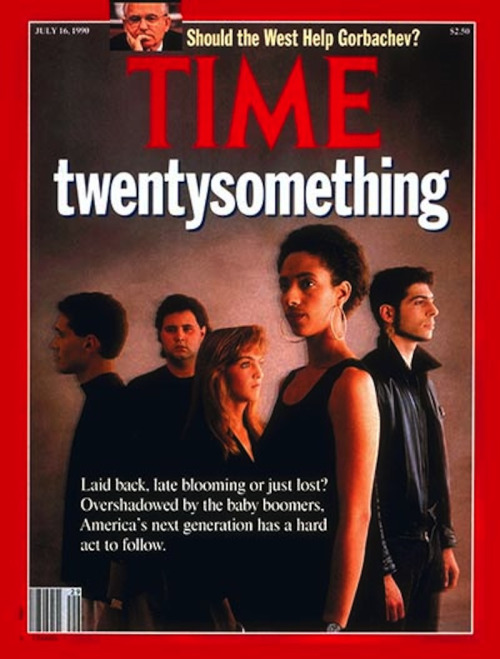 Myth: They are lazy.
Fact: Millennials are the most entrepreneurial generation, starting almost two times the businesses that their parent's generation did. (2016 BNP Paribas Global Entrepreneur Report) Workplace experts say workaholics are common among 19-to-35-year-olds.

Myth: They have it easier for them.
Fact: The real median income for ages 18-34 has decreased 14% in 13 years. With increasing debt in student loans and decreases in wages, it’s no surprise that they have their own share of battles to face.

Myth: They are narcissistic.
Fact: Every generation has the “me, me, me” syndrome. Studies show that young people may be narcissistic, but they get over it as they get older.

The truth is that the degree to which we believe in someone is parallel to who we believe they will become.

As Abraham Lincoln put it: “The best way to predict your future is to create it.”

And so, the best way for us to predict the abilities of every new generation is to believe in them. And we can start doing this by removing the labels we apply and the condescending statements we make about each group of people. Whether you have lived in times of war, struggled through a recession, or have every qualification under the sun yet struggle to stabilise your career rollercoaster, the belief we have in each other will drive us towards a better future.

The unspoken expectation is that every generation should do better than the last (or at least we hope so). However, the cycle continues when each group of people is demeaned by the ones who came before them.

If we accept that each new generation comes with different sets of issues and strengths, perhaps then we’d loosen up on the stereotypes of which generation had it easier. Perhaps, removing the focus on the generational war and building upon the wisdom of the baby boomers with the experience of the Gen-Xers, we can anticipate a brighter future for the ones to come.

Enjoyed the article? Check out the video below on "How to Make Millennials Want to Work for You" by Keevin O'Rourke!

Empathy – Even Crocodiles Innately Have Them (No Kidding!)