Empathy – Even Crocodiles Innately Have Them (No Kidding!)

Empathy is one of those topics that generate a lot of talk but few insights. It’s one of those qualities that everybody claims to have – like having a sense of humour – but does everybody really have empathy? Is having empathy always a good thing? Can we learn to empathise?

Well, it seems that everybody can empathise, although not necessarily in the same proportions. Recent work in the field of neuroscience is beginning to unlock the mysteries of the brain and is showing us that we are all hardwired for empathy, but also that our life experiences build upon what nature gives us at birth.

Empathy is that magical skill of being able to understand what other people are feeling and sometimes even share their emotions as though we are experiencing them first-hand. There is evidence that we are all born with this capacity. Infants less than a year old have been shown to exhibit empathic concern and it has been suggested that empathy is a fundamental part of human social nature.

However, it might be more accurate to say that empathy is a fundamental part of mammalian nature. Behaviours that look very much like empathy have been observed in a range of other animal species.

It has been suggested that empathy evolved because being able to understand the emotions of other individuals has good survival value. For example, detecting another person’s fear warns you to run away before the saber-toothed tiger eats you. Being aware that a child is in distress prompts you to help the child – an altruistic response that is good for the whole tribe.

We should also acknowledge that empathy isn’t just about fear, it can also be about understanding positive emotions: Just cast your mind back to the first time you exchanged a knowing glance with a pretty girl or handsome boy at school. Do you remember how you felt and how good it was to see the same feelings reflected in the other person? If you do, then you understand how empathy helps ensure the survival of the species through reproduction.

As empathy is a phenomenon older than humankind, it’s not surprising that it seems to originate in an older, pre-human part of the brain called the cortex which we share with our evolutionary ancestors, including other mammals and reptiles.

The cortex plays a strong part in memory, attention, perception, awareness and consciousness. As it or something like it appears to be present in the brains of all vertebrates, it’s possible that even crocodiles have empathy.

What may surprise you even more is that this shared heritage of brain structure means empathy can be shared across different species. One of my colleagues at Sunway University Psychology Department, Yong Min-Hooi, recently showed that empathy can extend between different animal species in a phenomenon known as emotional contagion.

She played a tape recording of human babies crying to human volunteers, to pet dogs and to orangutans to see how they would react. The humans got upset and sometimes irritated; the pet dogs got upset and anxious; and the orang-utans . . . well, they were completely unconcerned.

She interpreted her results as showing that pet dogs are capable of empathising with humans based upon their experience of living with us, but that the orangutans could not empathise because they don’t know us and don’t understand that crying means a baby is in distress.

So, next time you’re trapped on a train or a plane with a screaming tiny tot, you’ll truly understand the meaning of the phrase, “It’s a dog’s life.”

Neuroscience has also revealed that there may be differences in empathy between the genders and it probably comes as no great surprise to find that on the whole, women appear to be more empathic than men.

However, whether these differences are due to fundamental differences in male and female brains or to differences in the gender expectations set in most societies, remains hotly debated. Another possible explanation could be difference in hormones.

So, does this mean that the widespread belief that you need to be a big he-man boss to be successful is false, and that we should replace that myth with a Miss? Well maybe yes . . . but then again maybe not. 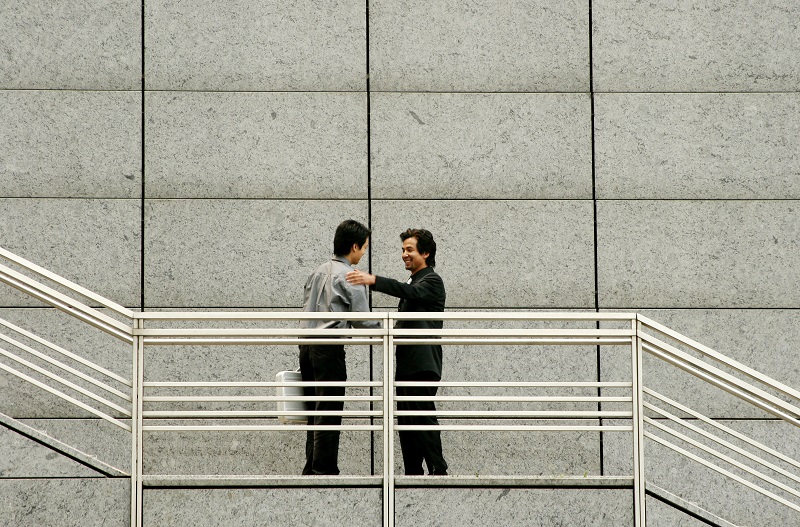 Empathy is usually seen as a universally positive attribute, but there is also some evidence that empathy can have a darker side that leads to leaders doing the wrong thing.

Because empathy means understanding and experiencing how other people feel, it can sometimes cause leaders to avoid situations that could be potentially upsetting to others, such as giving honest feedback or addressing poor work performance.

Empathy can also cause some leaders to play favourites and not think about the needs of the wider team or bigger group. Empathy may also be fatal to businesses in these times of massive and rapid change because it can limit leaders’ ability to innovate.

Innovation means change and, as we all know, even the best managed change often means friction and upset, so highly empathic leaders may avoid introducing new ideas and instead allow out-of-date work processes to continue. This can hit the competitiveness of a business very hard indeed.

Ageing also directly affects the brains of both sexes as we mature. We become more empathic because fundamental changes take place in the neural pathways of the cortex where empathy is processed.

These changes also mean that we become less emotional and more evaluative in our assessment of situations. As a result, we are much more likely to think over things and control our emotions rather than responding to situations on impulse.

This combination has been shown to be the best way to deal with crises and stress; the most effective leaders set an example by not showing extreme emotion, but by empathising with colleagues about the stresses they experience.

This magic blend of higher empathy, emotional control, and increased thinking may be what makes leaders great in middle age because it’s also the combination that underpins our sense of morality.

The link to morality

Although a dog might be able to empathise with a human, very few of us would expect our pet pooches to make complex moral decisions.

Morality seems to be one of the few human characteristics that is not shared by most of our animal relatives, although there is now some evidence that our closest primate cousins are capable of some moral reasoning.
Empathy may be the foundation of morality because it is what makes us care about how other people feel and whether things are fair or unfair.

Brain scans show that when we see other people suffering from unfairness, our brains light up as though we were going through the same experience in a phenomenon known as neuronal mirroring.

Moral thinking and ethical behaviour happen when we combine our feelings with our rational intelligence to develop judgement and integrity, and there is abundant evidence that successful leaders are valued for these qualities.

This may also partially explain why leaders with high levels of empathy are less likely to fail in their careers and why they are often the people who get to the top.

As each of us matures, our brains develop a more nuanced mix of empathy, emotional control and rationality that leads to the better decisions associated with good leaders, but does this mean that only people in middle age can be effective leaders?

Fortunately, the answer is that you can train yourself to be more empathic and, ultimately, more moral. Even better, empathy training is not that difficult and it’s very likely that we would have already done some even if you did not realise it at the time.

Earlier we touched on the properties of mirror neurons, the cells in our brains that respond to other people’s experiences as though we were having the experience ourselves.

What’s really amazing about mirror neurons is that pretty much any neuron can be a mirror neuron. So, for example, if you wave your hand at someone else in greeting, then the neurons in the other person’s brain respond as though they are waving back even if they don’t move their hand.

Yes, this means that if someone waves or smiles or winks at you, the cells in your brain that control waving, smiling and winking behave as though you are performing the same actions even though you are not moving.

The same thing seems to happen when it comes to empathy, so when we see other people’s feelings, the cells in our own brains start acting as though we were having those feelings ourselves.

This phenomenon has got neuropsychologists very excited and there is lots of debate about how, when and why our brains evolved the capacity to imitate other brains and how far we imitate each other. However, the central fact remains that your brain is a mirror that reflects and copies what it perceives in other people.

You can use this innate skill to improve pretty much any aspect of yourself because every time you observe other people’s feelings, thinking and behaviour, your brain will be teaching you how to empathise with others.

This is one reason why we like to sit at the kedai kopi watching the world go by, savouring the little dramas and comedies acted out by the people passing us. Sadly, most of us don’t have the luxury of being able to spend hours watching strangers and observing the people we live and work with as that comes across as creepy. So, how can we learn from other people?

Impact of art and literature

The answer is by using what may well be the most powerful and successful invention of our earliest ancestors: storytelling. Humans have been telling stories since there were humans and we’re still doing it, whether it’s children’s bedtime fairytales or Hollywood blockbusters.

When a story or a picture or a piece of music stimulates our empathy enough to start masses of mirror neurons firing, then we are experiencing art…

All stories can be reduced to seven basic plotlines and every single one of these plotlines is about people going through a series of challenges and in the process finding out more about themselves. We as readers or watchers or listeners are learning how the characters in the story behave, think and feel. In the process, we develop our empathy and our understanding of morality.

When a story or a picture or a piece of music stimulates our empathy enough to start masses of mirror neurons firing, then we are experiencing art; if the same experience encourages us to think about the human condition and who we are, then we are in the presence of truly great art.

This is why every culture has certain stories, plays, paintings, sculptures, poems, etc, that are carefully preserved from generation to generation. So, if you want to develop your empathy, watch more soaps, go to the theatre, read novels, enjoy visual arts or do anything that enables you to observe how other people feel and behave.

But if you want to develop your empathy into moral integrity and judgement, then seek out great art – the best novels, poems and plays, and remember to enjoy them; after all, this is what you’ve been doing since you were born.

Professor Hew Gill is the Associate Provost of Sunway University and returned to academia after a successful multi-track career as an entrepreneur, public servant, banker, senior leader and business consultant. He is a frequent broadcaster and sought-after public speaker on a range of business and psychological subjects, and is always interested in commercial research and consultancy projects. To engage with Hew, e-mail us at editor@leadernomics.com 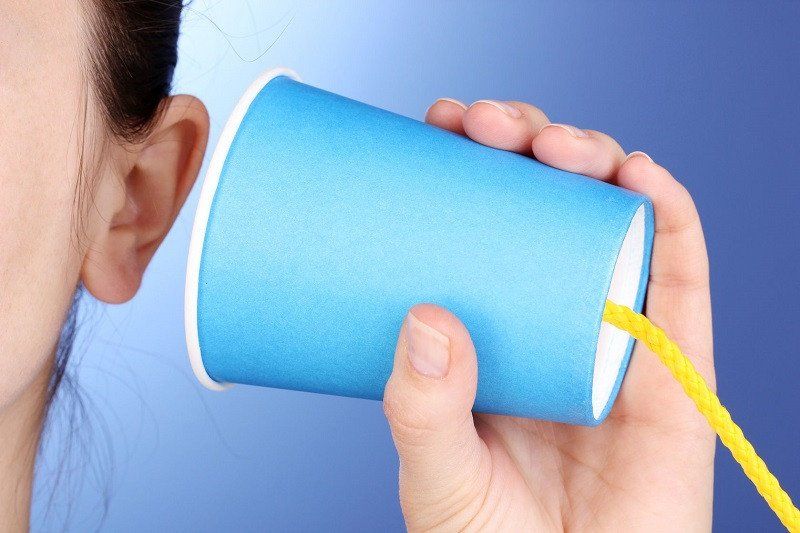