I used to have this bright yellow bumper sticker stuck to the rear window of my car. It read:

I never bothered to think which category I fell into, because it was just one of those silly bumper stickers everyone had.

I could not wait for SPM to be over. I wanted my ‘real’ future to begin. I already knew what I wanted to study, and I roughly knew what kind of future I wanted. When I was in Form Two, I decided that music was my passion. I wanted to study music in college, which I eventually did. In hindsight, it was this passion for music that shaped my future. I always imagined that I would immediately fly off to some distant country after SPM and pursue my dreams of studying music in the greatest conservatories of the world. It never happened because sometimes, as I realised, it is better to just let things happen.

I was never much of a computer geek, but I thought it would be beneficial to do something apart from music just for fun. That was when I had a great year of self-discovery, where I pursued and successfully completed a one-year diploma course in Computer Studies at Institut Sinaran in Sabah. I also became President of the Student Council there, and learnt how to make things happen.

Like Spiderman, I was often reminded that “with great power, comes great responsibility”. I had an amazing experience juggling studying for an intensive diploma course and dealing with student affairs and events on campus. Until today, I have fond memories of that year. During that time, I also continued conducting choirs and taking music lessons, for my dream to study music at tertiary level was still driving me to venture far away and study in some prestigious university.

That did not come to pass. Again, I submitted myself to circumstances, and allowed things to happen. I applied to a number of American colleges and got accepted, but the aftermath of September 11 was still haunting many, and the economy was not good either. Hence, I ended up studying music at University College Sedaya International (UCSI) for a few years.

I decided to take the opportunity to learn as much as I could, and meet as many fellow Malaysian musicians as possible. I did exactly that, in addition to getting heavily involved in student activities and once again, being President of the Student Council. It was in KL that I got busy with theatre and film projects because I longed for new experiences and to be part of the buzz surrounding the industry.

During those years, I worked part-time as a teacher because I enjoyed teaching very much, plus I needed money to pay the bills. I taught singing around KL and trained a few school choirs. It was a very fulfilling experience learning from my students and teaching myself to be humble. Still, I knew I wanted more in my life.

I ended up completing my bachelor’s degree in Singapore, a place where I learnt so much about my musical personality, and more importantly, my personal identity. Great mentors guided me in the development of my potential. I tried my best to make things happen, for I thought to myself that if I wanted to fulfill my dreams of studying music in America, I would have to work hard for it. I took part in concerts, took up leadership roles, performed in nationwide events, and even began attending ‘Alphonsian Spirituality’ classes under a seminary in Singapore.

After a long and patient wait, I finally set foot on American soil. I am now pursuing my graduate studies in Musicology and Gender Studies. I plan to specialise in Russian Classical Music and teach at college level when my studies are over.

I look back quite often on the past years and wonder what happened. My plans were always interrupted by financial crises and terrorist attacks. Yet, it all ended up almost perfect, and I am contented with every single step I have taken thus far. However, I do think a lot about what will happen next.

What’s after SPM? It depends on what you choose to make happen. Will it always turn out well? Maybe not, but every opportunity in life is a learning experience towards something greater. Is life easy after SPM? Not all the time, but it sure is exciting!

Thinking back about that yellow bumper sticker, there are three kinds of people. I have been, and still am, all three of them. 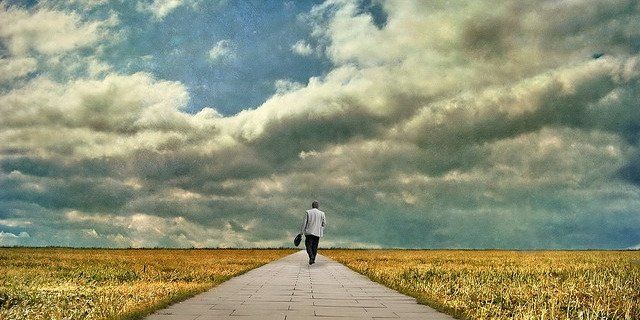 Dominic Lucien Luk
Dominic Lucien Lukis attended primary and secondary school in Sabah, moved to Kuala Lumpur, then traipsed to Singapore for his Bachelor’s degree in Classical Music. He has also worked as a music teacher.