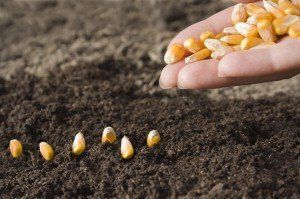 The way I see it, you are either a man with a plan or a man without one. The man with a plan knows things; he knows where he is going to have dinner tonight, what he will be doing by this time next year, what his ultimate calling is. He knows if he is meant to run a company under an iron fist by age 30, or if he is going to be the sort of pop star you both love and loathe on national television.

And then he executes his plan: he sacrifices the dispensable for his dreams, connects the necessary dots, and achieves his goal in half the time projected. He is unstoppable, a hurtling train with a destination to reach by 4 p.m. this afternoon.

Confession: I am a man without a plan.

After my SPM examinations, my dad approached me with a stack of magazines and a pencil, insisting that I sit with him to chart the course of my future. He had a list of colleges ready, with a selection of courses carefully circled for my convenience.

We did that for about ten minutes before I realised that I was hungry; we went to get some doughnuts and the task was abandoned until the day I got offered a scholarship to study Law in England.  We looked at each other before I finally shrugged: “I might as well take it up.”

To which he replied, “It’s not like you had any other plans anyway.”

At college, I spent long hours doing nothing except sit around at Starbucks in calculated attempts to exhibit teenage angst. It was not until my two best friends joined the Editorial Board of my college magazine that I did, and only because I had no other friends then. Placed in the marketing division, we had to plan magazines launches and hold Theme Days where we would give students the excuse to attend class with giant hats the shape of beer mugs.

When my ridiculous ideas were mistaken for creativity, they promoted me to Chief Editor the following year, which finally gave me something substantial to put on my resume and had me drunk with arguably non-existent power.

My laissez-faire streak continued well into my university years: I chose to study Social and Political Sciences in my first year solely because I did not see the point of doing three years of Law when I could get away with studying something far less intellectually rigorous. Admittedly, having to deal with Thomas Hobbes and Karl Marx nearly drove me insane. I spent the better half of the year receiving subpar marks and snide comments from my supervisors regarding my inability to digest “something quite as simple as Sigmund Freud.”

The only thing I learnt was the ability to randomly namedrop anyone I wanted during small chats, like the sociologist Emile Durkheim, even if he was not immediately relevant to the topic at hand. When I finally switched to Law the following year, I was filled with nothing but gratitude.

In my final year, graduation was particularly difficult to ignore, mostly because it carried suggestions of growing up and actual responsibilities. There were jobs to be sought and pressing decisions to be made, so I did none of those and instead went to Colombia, where I spent a year working with a charity that specialised in rehabilitating teenage prostitutes. It was not always fun, especially when brawls occurred in the area.

I once got robbed on my way home from work, while a colleague of mine was punched by a transvestite and had to be hospitalised for two days. On better days, we would go to strip clubsand attempt to convince the minors we found there into seeking treatment with us. Once again, it was not what I had really signed up for, but it would be disingenuous to say that it was not worth my while.

I am not sure what comes after this; I imagine you would have more luck at the roulette wheel. That is what happens when you do not have a plan: you rely on a cocktail of good fortune and unexpected opportunities, and hope for the best. Sometimes you end up heading an entire team of writers and graphic designers; sometimes you find yourself at the mercy of an essay on the Federalist Papers. For what it is worth, you run with the hand you are dealt.

The good almost always comes with the bad. You may find yourself in a country you had never have envisioned yourself living in, but then you cannot balk at the prospect of having to hold an icepack to the forehead of a bleeding prostitute.

When you let Life run his course, you leave it to his veritable companion, Luck. (I actually made that last quote up myself, but I think I am going to attribute it to the always estimable Emile Durkheim.)

Benjamin Ng graduated from the University of Cambridge in 2008. He is an avid traveller with a penchant for contemporary literature and classic films. He also fancies himself a penniless playwright. Click here for more articles. 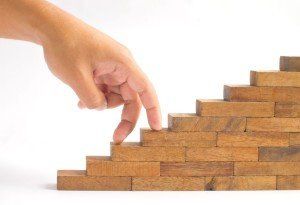 Failure Is A Stepping Stone To Success