How Did Ocean’s Eleven Do It? 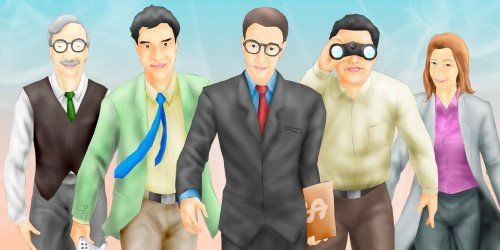 How did the Ocean’s Eleven’s team come together?

Consider Hollywood film Ocean’s Eleven: What was it that made the team that Danny Ocean put together so strong? Aside from their “passion” for what they did and their loyalty to Danny, they all had diverse skills that led them to work best together and complement each other.

You have the casino security expert, the casino black jack dealer, the detonation expert, the acrobat, the strategy planner, the ‘destruction’ twins, the man who can play the foreign billionaire, and the smart kid that can do a bit of everything.

Similarly, in the ‘legal’ work environment, a smart manager should build a team with members that can complement each other and make sure that they find a way to work together despite their differences in skills and character.

A successful team consists of members with a variety of types and strengths. Meredith Belbin, a British researcher and management theorist best known for his work on team management has identified nine different roles that he found present in successful teams.

Plants are often needed in the initial stages of a project or when serious obstacles need to be overcome. They usually end up being founders of companies or originators of products. They relate well with Chairs, Team-Workers, and Monitors, and could potentially conflict with all other roles except Team-Workers.

Plants are ideas people. They are creative, intelligent, independent, and at times may be seen as loners. They may be intense, inhibited, dominant, and socially bold. At the same time, they may have issues with time management, and react strongly to criticism and praise. They may find it difficult to communicate with others that are on a different wavelength, and may prefer to work with some distance from the rest of the team.

Strength: Managing a team of people with diverse skills.

Chairs perform better when dealing with people of near or equal rank rather than instructing juniors. They have the ability to intervene decisively in moments of crisis and pull the team together.

Chairs may conflict with Shapers over leadership of the group and over a contrasting management style. They relate well with all members of the team, although they may need to pay particular attention to relationships with Plants and Monitors.

Co-ordinators steer the team. They are stable, dominant, extroverted, calm, confident, controlled and organised. They are quick to spot individual talents and delegate work accordingly in order to maximise potential. At the same time, they can be domineering and bossy.

Shapers generate action and thrive under pressure. They are excellent at livening up the team, and are useful when politicking gets the best out of members. Shapers do not mind taking the unpopular decisions.

They try to impose some shape or pattern on group discussions and activities, and are probably the most effective member of the team in guaranteeing positive action. Shapers usually relate well with Team-Workers and Resource Investigators, whereas they may conflict with Plants, Chairs and Monitors.

Shapers are task leaders; they are dominant, outgoing, and are the driving force of the group. They have a strong need for achievement, and by leading from the front, they push others into action. They like challenges, want to always win, and make things happen.

However, they are easily frustrated, and prone to overreacting to disappointment. They can be a destructive force in the group, as their single mindedness may blur their interpersonal understanding.

Company Workers tend to succeed because they are efficient and have a good sense of what is feasible and relevant.

They have the ability to convert ideas into manageable projects and defined tasks. They can work well with Chairs and Finishers, but could potentially conflict with Plants, Team-Workers and Investigators.

Company Workers are tough-minded, impartial, self-controlled and disciplined. They identify with and work for the group and organisation rather than themselves, and are the controllers of knowledge within a team. They may, however, appear to lack flexibility and imagination, and may find it hard to inspire and motivate others. They do not like sudden changes and too much uncertainty.

Strength: Exploring and reporting back on ideas, developments, and resources outside the group.

Resource Investigators are great at probing others for information, setting up external contracts and negotiating. They tend to relate well with most members of the team, but could potentially conflict with Finishers, Company Workers, and Plants.

They meet a lot of people, see new possibilities, have masses of contacts, and prevent the group from stagnating. Resource Investigators can be lazy and complacent though, unless working under pressure or unless they remain stimulated by others. They can lose interest once the initial enthusiasm passes.

Monitor-Evaluators thrive in strategic posts and high level appointments requiring critical decisions on which success or failure hinges. They tend to get on very well with Plants, and could potentially clash with Shapers, and Resource Investigators.

Monitor-Evaluators are analytical, prudent, quality controllers. They provide shrewd judgments and are hard headed and impartial. They never get over-enthusiastic, are intelligent, serious, and are slow in making decisions.

They usually have a high critical ability and are seldom wrong. They ensure the group does not make mistakes, and their soundness of judgement does not get affected by emotions, personality or prejudice. They may appear aloof, dry, boring, over-critical and pessimistic, and may become isolated in the team if a good relationship with the Chair and Plant is not established.

Strength: Promoting unity and harmony within the team and good interpersonal communication between members.

Team-Workers boost the team spirit, and cope well with awkward people and disputes. Their diplomatic and perceptive skills come in handy, and act as a lubricating factor to the team. When Team-Workers are around, morale is better. Team-Workers relate well with all members of the group, but could potentially conflict with an over-domineering Chair.

They act as mediators, are uncompetitive, popular, and the most supportive members of any team. They are understanding, aware, and concerned about others. They despise friction and confrontation, and they play the role of a cementer.

Team-Workers lead the team from behind. They operate with sensitivity and calm, and are most noticed in their absence. They may be indecisive though, as they take in all viewpoints and are perceptive to informal/hidden/personal issues.

Strength: Invaluable in tasks that demand concentration and a high degree of accuracy.

Completer-Finishers ensure the group meets its obligations and delivers on time. They foster a sense of urgency, and make sure no time is wasted. They ensure that nothing is overlooked, and set high standards. They are known for their precision, attention to detail and follow-through abilities. Completer-Finishers relate well with Plants, but could conflict with Chairs, Monitors and Team-Workers.

They are unlikely to start something that they cannot finish, and are motivated by internal anxiety. They are very conscientious and meticulous, and are typically introverted and require little external stimulus.

They are often very weary of delegating tasks, and would rather do everything on their own. They are very impatient with those that adopt a more casual way of performing their tasks, and tend to worry.

This is not really a typical member of a team, but may be brought in at times to contribute a specialist skill or knowledge. Such individuals are needed only for certain skills, on occasion.

By understanding these different characteristics and by identifying the ones that correspond to yourself, as well as your people, you can ensure that you build a successful team; one that its members complement each others’ strengths and weaknesses. Furthermore, understanding why certain people react a certain way, makes it easier to avoid friction in the team, and allows for a more harmonious, efficient collaboration. 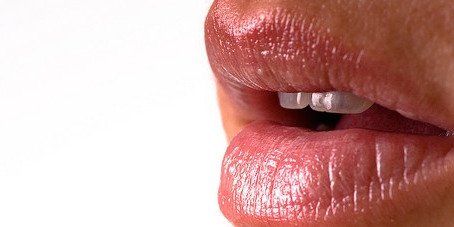