What Happens When You’re About To Fail 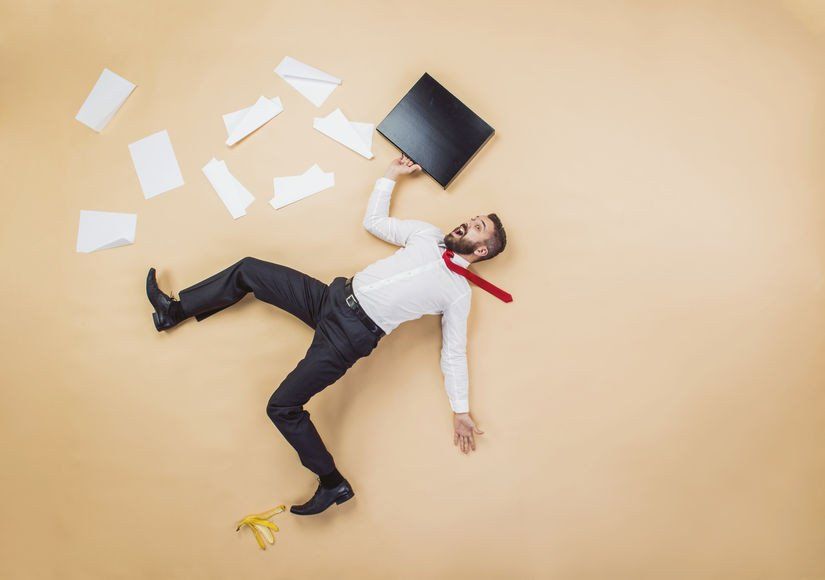 I had never felt so much pain in my life.

It started when I woke up in the plane. By the time I had exited the arrival gate and called an Uber, I was having trouble standing.

The poor Uber driver knew something was wrong the moment he saw me. He must have thought he was either going to have his first male passenger give birth, or die in his car.

I was supposed to go home, but I asked him to send me to the hospital. 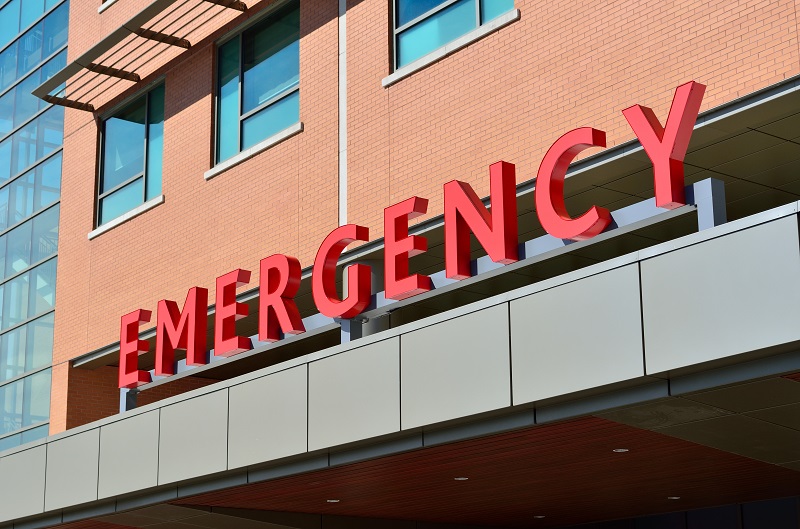 Is it worth it?

I clutched to the metal bars on the sides of the hospital bed — my abdomen pulling in pain. My back arched high like a possessed creature every time the spasms came.

It was midnight, just an hour after I had landed. I had figured by then it wasn’t a heart attack or a stroke. The pain wasn’t coming from my chest — it was coming from my tummy. And I could still feel both sides of my body.

After an emergency examination, the doctor suggested it was an acute gastric attack. She gave me a combination of some weird white liquid to drink, tablets, a jab, and some wise words:

“You must be very stressed at work,” she said. “It’s probably a combination of that and the spicy curry you ate earlier.”

Ah yes, work. The thing we kill ourselves for sometimes. Is it worth all that mental — and now physical — pain? But this wasn’t just any normal work week.

This was the week I was going to fail.

“Tomorrow the sun will rise again”

Back in university years ago, Jack and I used to stay up late doing engineering assignments. Once in a while, we’d pull all-nighters and throw in some nonsensical philosophies about life along the way. Of course it was nonsensical — we were 18 years old; but thought we knew everything.

“What’s the worst that can happen?” used to be our default line for comforting each other. “Come what may — tomorrow the sun will still rise again.”

It was always reassuring. We were young and defiant; mavericks who would stare down whatever challenges life threw at us and come out the other end standing.

We were also really bad time and resource managers. It was always basketball and computer games until the last minute, then relying on panic and cheesy motivational quotes to finish our work.

But somehow we made it through university.

Why are you so scared of failing?

I haven’t failed enough in my life. Sometimes I think that’s why I run out of stories to tell. I don’t have dramatic stories where I was a real zero and rose back to become a hero. I’ve never been depressed or suicidal.

Or maybe I haven’t tried enough things to fail. For most of my life, I’ve always stayed within my comfort zone — where I know I can do well. Maybe that’s a failure in itself: a failure to try.

I’m afraid of what people will think of me. Afraid of being scolded and humiliated. Afraid they’ll laugh at me and this house of cards of my self-esteem will come tumbling down.

I want to grow, but I’m scared of failing too.

But there is no growth without fear.

This might interest you: When Failure Isn’t A Bad Word After All 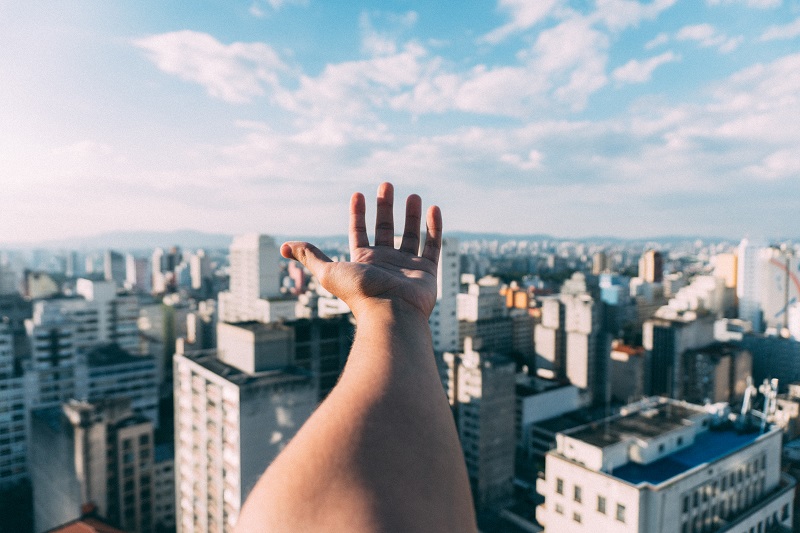 This is the end

This was the week I was going to fail. We didn’t have enough time and resources to pull off even one event perfectly, but had three in a row. It was going to be hell.

The client was demanding for things we didn’t have control of. Plus, with all my time and energy focused on work, I felt my personal life spinning out of control too.

It seemed it was going downhill and I was worried sick.

I was going to be the guy who brought shame to everyone in the company. To myself too. I was already thinking of contingency plans. Would I have to resign to save face?

But it’s always worse in your mind

God was kind to me and smiled on my path. My colleagues took over without complaint when I was in hospital. And they probably did a better job than I could have done.

And then I gave up. I gave up worrying about looking stupid, or pretending that I was bulletproof. I gave up thinking about what would happen. It was too much to bear, and I was too tired.

At the bottom of the well, I was no longer Batman fighting heroic battles. I was the young, helpless Bruce Wayne who had fallen in. There was nothing left to do but call for Alfred; call for help. And pray.

Then slowly claw my way out of the darkness.

I recovered quicker than I expected. Twelve hours from the most excruciating pain of my life, I was back on my feet in front of an audience. We pulled through that event with flying colours.

This might interest you: When Failure Is Your Best Friend

Even the best fall down sometimes

And then the week from hell passed. It looked crazy back then and I was worried as hell. But it looks stupid to me now.

The final event came and went. It wasn’t the best event in the world, but it didn’t suck either. Our difficult clients were okay.

Like how all teams do after an event, we patted each other on our backs and traded high-fives. As we posed for a group picture, we knowingly smiled at one another — relief in our eyes hiding the longsuffering pain in our hearts.

I couldn’t shake my mind from something I had written on Twitter a couple of days earlier. It just felt appropriate:

Five years from now, we’ll look back and wonder why the hell we were so worried about something so small.

I drove home that evening feeling a mix of gratitude and happiness. Ed Sheeran’s music came on as the sun was setting. It was perfect. I felt the rays warm me as I disappeared into the Friday evening.

As if the sun herself had something to tell me; reassuring me as she said goodbye for the day.
That she would rise again tomorrow. 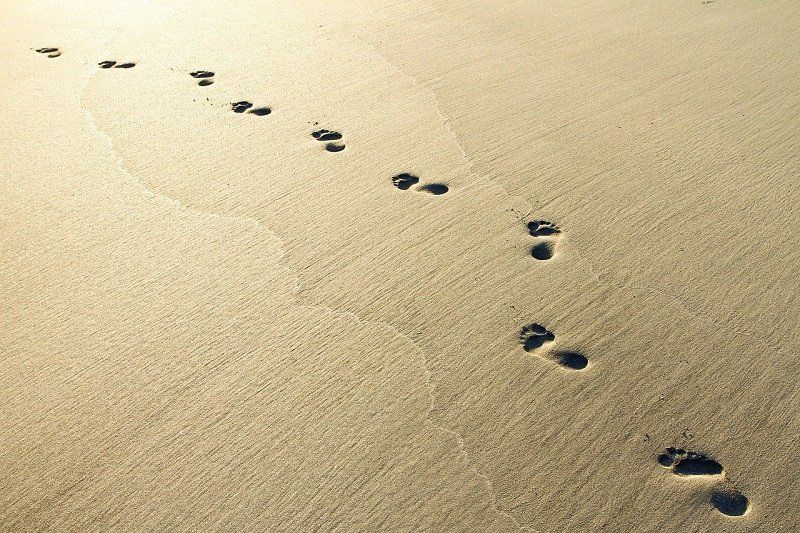