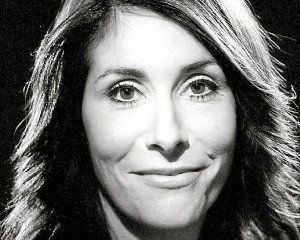 I have come to accept that I have to trust my instincts. The few times that I have ignored my gut feeling and tried to make things work, I have failed on those occasions.
Making a leap from a public relations practitioner to head a fast expanding global business information group is no small feat, more so for an unassuming lady like Sophie Le Ray.

The French, who co-founded Naseba Group in 2002, has navigated through her fair share of setbacks before steering the Monaco-based organisation into a business sensation that produces, promotes and hosts business-to-business summits, investment initiatives and professional training. Naseba operates in Monaco, Europe, the Middle East and Asia.

Born in Nice in 1970, the Master’s graduate in Ancient History has a passion for ancient cultures and contemporary architecture.

Prior to setting up Naseba, Le Ray had over 15 years of related work experience under her belt; producing and organising business congresses and conferences around the world, and in business-to-business conference production for a multinational business information company in London.

Le Ray says her first job as a public relations practitioner for a French concert organising outfit where she was in charge of the VIPs, helped her to learn about the importance of multi-tasking and working under pressure.

“Throughout my stint I met incredible people who are driven and talented. It was a great source of inspiration. Most of the singers and comedians I met at the time were extremely professional and disciplined in the way they approached their work. I guess like professional athletes, the ones who are not disciplined are no longer famous,” she shares with myStarjob.com.

Le Ray was the chief operating officer of Naseba since its inception in 2002 and assumed the leadership role as its chief executive officer in 2009.

She has been central to the creation and development of Naseba operations worldwide including founding the Global Women In Leadership Forum in Dubai in 2008.

Holding the fort of a growing entity like Naseba is no small task as it means greater responsibilities and managing the organisation’s operations and performance.

One of the setbacks she encountered as a CEO was when the company’s investments turned bad during the global financial crisis in 2008.

Explaining that bad patch, Le Ray says: “After we grew the company really fast and took it public in 2007, we went through a period with more money to play than we were used to and made some wrong investments. When the crisis hit, some of the investments collapsed under the pressure and we had to restructure the whole company entirely.”

“On a personal level too, at exactly the same time, I lost a lot of money due to some wrong investments as well. It was all linked together; wanting to grow faster than it was possible, and taking short cuts,” she reminisces regretfully.

“Our mission was to facilitate business opportunities amongst buyers and sellers within several industry sectors such as tourism, aviation and infrastructure, by providing exclusive business platforms for organisations looking to generate deal flow in emerging markets.

“We grew quite fast and within the first four years, our workforce grew to 100 across four offices in Monaco, Dubai, Bangalore and Singapore, with clients in 10 industry sectors.”

To cope with the need for more funds to support the company’s growth, the partners decided to resort to external funds and invited the “big boys” of the finance world to the table. In 2006, Naseba went public on the non regulated market in France.

“We managed to raise a lot of money, thinking we could keep developing at the same pace, but along the way became disorganised and unfocused. The management was over stretched and we were not developing in a sustainable manner.

“Over the next two years, Naseba’s turnover grew by 200%, its workforce grew to 250, it acquired other companies, went into joint ventures and opened three new offices,” she says.

Le Ray says despite the dizzying growth rate, Naseba’s operation was affected by a disagreement between some shareholders who had a very short term vision of its growth and development.

“We had to make a radical move and were lucky to have a few strong shareholders who agreed with us to implement a restructuring of our board, company and growth model.”

“It took three years from 2009 to get back on track, with a solid team, product, client portfolio and vision that were in line with our business development.

“From there we learned a series of very useful lessons, all in the space of two years,” she recalls vividly.

In 2009, Naseba moved its headquarters to Dubai to have a greater presence in the East, and undertook a restructuring of the company which led to a small group of shareholders buying back 100% of the company, thereby delisting Naseba.

Since then, it has been focusing on a sustainable growth strategy that included terminating several ventures that were not profitable or strategic enough.

It has also revised its business model to cover a more concise range of products and services focusing on high quality and value added services such as lead qualification, introduction services and private road shows.

Since its restructuring, Naseba has grown by an average of 20% a year over the past four years, with profitability at the centre of its strategy.

Its workforce has stabilised to around 150 employees from 30 nationalities.

“Simply put, we are doing well, thanks to an entrepreneurial spirit and a genuine passion for what we do,” Le Ray says.

Having sailed through the tough times, Le Ray believes the failure has helped Naseba to check its course of what it wants to achieve and to stay relevant.

“Failure is a great opportunity to learn, become a better person or company, and to move on. Without those failures, I would not have learned from my mistakes which could lead to an even bigger loss at some point perhaps,” she says reflectively.

Naseba had not only gone through a major restructuring but did it during a severe economic crisis. “Our model of development in the emerging markets proved to be right; we now have a solid foundation, the right partners, committed management and staff and a lot of experience,” she exudes confidently.

Le Ray has also learned to trust her inner voice about people and situations, instead of brushing aside those gut feelings.

“I have come to accept that I have to trust my instincts towards somebody or something instead of pushing away my inner voice that may forewarn me that a particular person is not to be trusted or a particular business or venture will not turn out well. The few times that I have ignored my gut feeling and tried to make things work, I have failed on those occasions,” she laments.

Her higher self-awareness has resulted in a better balance between her personal life and work.

“I take more time for myself and try to spend at least 20% of my work life to learn new things, attend workshops, read articles and books, and exercise new skills. I take at least a week a year just for me (without husband and kids) doing something that is meaningful to me, like trekking Kilimandjaro, hiking around Mont Blanc, and going on a meditation class,” she says.

Expressing her satisfaction with how things have panned out, Le Ray says as a teenager, her ambition was to have her own independence, something which she has achieved by venturing into her own business.

Crediting her husband, Scott Ragsdale as a great source of inspiration and a constant motivator, she says the duo work well together, and Ragsdale’s positive outlook and great determination has a tremendous impact on her.

“I am very happy with the choices I have made and the way my career has turned out. I truly love what I do and consider myself lucky to be working with very good people whom I respect and trust entirely,” she exudes.

She advises young people not to accept a job merely for the money but they should also consider the depth of experience and the lessons that a company or job will offer them as a person and as a professional.

Likewise, she believes companies with a culture of taking action, are ready to take risks and reap the consequent benefits or penalties of failures, and will ultimately fare better.

“Companies that are risk averse without having the resilience to rebound from mistakes and failures will not be able to go very far,” she points out. 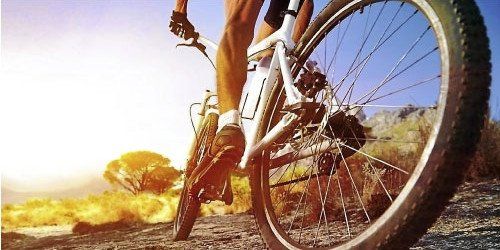