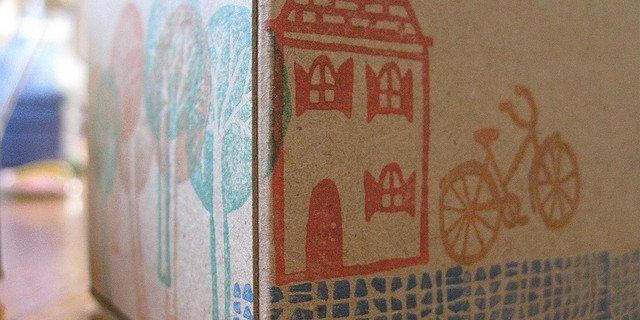 My decision to do STPM was one of convenience. I did not know what I wanted to do, and being accepted into Form Six allowed me to just take what was handed to me. Having been in the Science stream in Form Four and Five, the obvious choice was for me to take Chemistry and Biology for STPM.

What came together with this decision was a life I did not expect. I did not expect staying up until four in the morning to cram for a monthly test, and needing to wake up an hour later so that I could beat the traffic and get to school on time. Nor did I imagine that I would be camping outdoors equipped with chemicals, plastic boxes, band-aids, and mosquito repellent in order to catch insects for an assignment.

I had my fair share of depression during the one and a half years of Form Six. Due to sheer exam pressure, I contemplated giving up and joining the workforce. In the end, it was simply my interest in my subjects that kept me going.

Having hated drawing all my life, it came as a surprise to a lot of people when I opted to take up Architecture for my tertiary education. They could not imagine what had possessed me to choose something totally unrelated to Chemistry and Biology, and instead required me to meet my drawing demons right in the face. You see, I was inspired whenever I went on construction site trips with my dad, who is a construction site manager.

It was the joy of seeing things change from 2D into 3D. I found it amazing that people could transform what were initially just lines on paper into buildings of brick and mortar. I saw architecture as a means for me to be part of that process.

I am proud to say that my drawing skills improved somewhat by the final year of my Bachelor of Architectural Studies programme, but not without plenty of sweat and tears. Having spent more time in the campus studio than at home or anywhere else, I have learnt that design is not just about drawing extravagant buildings that ignite passion – it is also about making them work.

The poetic side of architecture is about aesthetics and how we can integrate beauty and elegance into a working structure. The other side to architecture deals with social aspects, namely our impact on the community, law and contracts – where we deal with clients and legislation – and technology, which is currently focused on sustainable designs.

To me, Architecture is about going crazy in the beginning, and then making sense of the nonsensical at the end. For example, there was this project where we were only told to make paper sculptures. We had to cut, tear, scrunch up, fold, or do whatever that could be done to paper, without any preconceived idea of what it might end up as. We then took the paper sculptures we made and turned it into a concept for an exhibition space. For us to come up with something amazing and out-of-this-world, we had to go crazy before settling down to make sense of what we had created.

Architecture is a field that cannot be mastered without a certain level of interest in it. As my lecturers would say, architecture is about being obsessed over the little details. It is about waking up in the middle of the night just to pencil out a concept that you saw in your dream. It is about forgetting to eat and sleep and brush your teeth. It is about loving what you do. It really is about what you want out of life, and studying architecture has given me this very valuable lesson.

So once again, it will come as a surprise to those around me when they learn of my decision not to pursue architecture as my life’s career. This is because the most important lesson that I obtained from learning architecture was that to be successful, one has to constantly think out of the box.

The ‘boxes’ that I have chosen thus far have been boxes of convention and convenience. I made decisions based on what was expected of me, by family, friends, and society. To think outside these boxes, I started actively looking elsewhere for the spark that would ignite my passion, and found it in the form of blogging.

While my future plans are open to change, I am more inclined toward social issues and the media industry, as that is where my passions lie. Blogging about political and social issues for the past year has become a large part of my present life that I cannot imagine a life without sticking my nose into issues that matter to me. And it is precisely the ‘I cannot imagine life without…’ part that is the essential ingredient in ultimately choosing what to do.

And if anyone reading this is as indecisive as I am, it is all right. Choosing one path over another does not close all other options. The choices out there are like stars in the sky – you just cannot count them.

Michelle Yoon completed her SPM at SMK Puteri Ampang, before taking STPM by the horns at SMK Seri Ampang. Having worked while waiting for the results of both major exams, she is now using that money to pay for her tertiary studies in Architecture at UNITEC New Zealand.

A Journey Towards Equality