Believing In The Impossible Dream

Breathing in the damp, hot air of Teluk Intan, I realised that I am still here in my hometown. The voice of my teacher rang distantly in my ears and I felt suffocated, for I still found it hard to accept that I was in a Sixth Form classroom.

The new school was definitely not my first choice – with my good SPM results, I thought I would obtain a scholarship to study a Pre-U programme before going overseas for a medical degree. Although many told me that obtaining straight A1’s in SPM was almost a guarantee for a scholarship from the Public Service Department (PSD), reality proved otherwise.

My naïveté made me suffer from much disappointment. More than once, I actually asked myself, “Why am I here?” Yet, the fighting spirit in me remained. I still desired to pursue a medical degree, preferably in the UK. I refused to accept that it was impossible for me to achieve my dream without a government scholarship. Perhaps it was also naïveté that kept me going, but I prefer to call it perseverance.

An appeal to PSD soon returned with some good news: I was offered a scholarship to study medicine in Indonesia. However, I received the news with mixed feelings. Life can be frustrating when you do not get what you desire. It can be equally, if not more frustrating, to be given half of what you desire. As an idealist, I would rather take the risk of going through Form Six and applying to UK universities privately.

It was indeed a risky choice as cautioned by many, but I was really adamant about my dream. I believed that there would be another way to obtain some form of funding to study medicine in the UK. The biggest step towards realising your dream is convincing yourself that it is possible, and believing in it even when others around you do not.

There was plenty of loneliness in the process of breaking free from the norm: exploring the option of foreign universities seemed too far-fetched, primarily due to the exorbitant fees. Unfazed, I was extremely determined to secure a place and a scholarship to study in the UK, for never had I wanted something so badly in my life.

At the end of Lower Six, I was presented with a new alternative for tertiary education, the Ivy Leagues. The SAT tests helped me discover just how fascinating and academically broad an American education could be. I was intrigued by how much there was to learn about certain disciplines which the Malaysian system made difficult to explore: the American education gives room for students to discuss and challenge conventions. It was at this time that I realised there was so much out there to explore apart from medicine.

I attempted a series of tests, wrote essays, and gathered recommendations for applications to both the US and UK universities. This occupied my entire life in Upper Six. I remember telling my father that it all seemed impossible to handle, but assured him I would make it happen.

After going through the tedious and daunting application processes, I received an offer from Cambridge University to study Natural Sciences, and another offer from Cornell University. They were my top two choices, but the major stumbling block now was financing my studies. A series of funding and scholarship hunts were unsuccessful, with various scholarship providers rejecting me. Eventually, I had to give up my dream of studying in the US or the UK. I decided to attend the National University of Singapore (NUS) and turned down the offer from Universiti Putra Malaysia (UPM) for medicine.

What’s After SPM? During orientation in NUS, I received a phone call from home informing me that the Cambridge Commonwealth Trusts (CCT) was offering me scholarship that would cover my tuition and college fees at Cambridge. I remember filling the CCT form given to me by Queen’s College after the conditional offer. That phone call marked my dream come true. Life is really indefinite, with no exact formula or route to success. Obtaining straight A1’s for SPM does not guarantee a scholarship; but happily, neither does failing to get the PSD scholarship after SPM mark the end of your dreams. 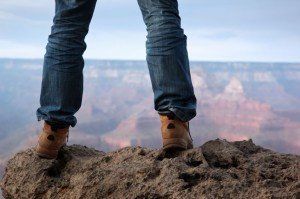