6 Major Challenges Social Media Creates For Our Teens, And How To Parent Them 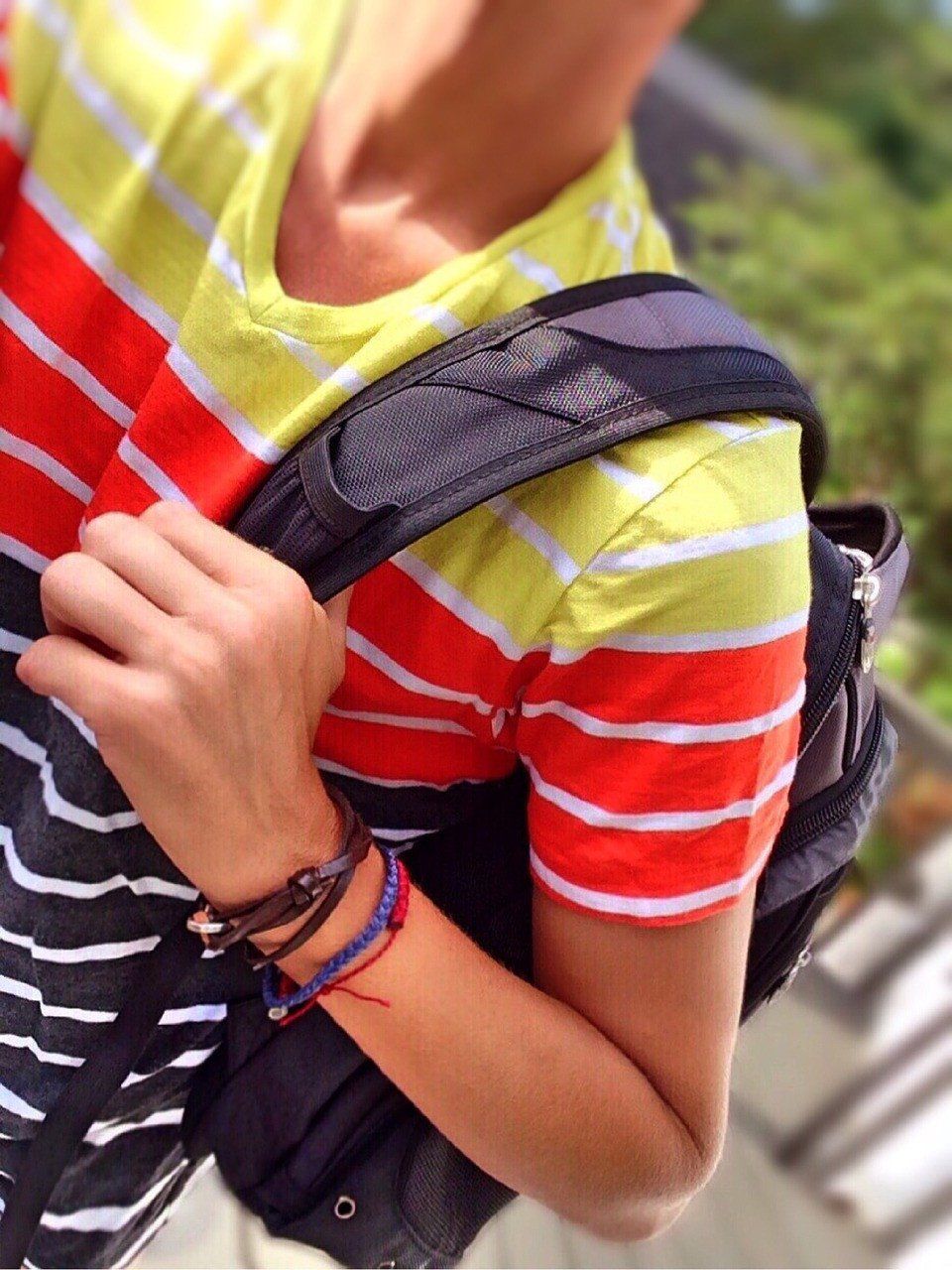 Social media has taken over the lives of our teenagers. They spend more time interacting online than they probably spend interacting in person. It is an obsession and almost a responsibility in their lives that they feel compelled to keep up with, which often pulls them away from the responsibilities in life that will promote them forward.

As parents, we need to help our teenagers balance the challenges with which social media brings, with the needs that the real world requires of them.

The majority of teenagers are obsessed with self-promotion and comparing themselves to their friends on social media in compulsive ways. Social media provides a constant outlet for the trap of comparison, which subsequently creates feelings of depression and low self-worth in many teens.

Teenagers rarely have a break from the constant stream of social media because their cell phones have practically become a part of their anatomy. To separate from their phone or computer is to separate from their entire world. As parents, we need to accept that social media is a normal part of our teenagers’ lives, the world they live in and now, necessary for their development.

In light of this, we have to parent more intently and deliberately on nurturing their self-esteem to be based on achievements, being a good person, working hard, having in-person conversations, and reminding them of the value of real life.

The cyberworld provides a whole new outlet for bullying for teenagers. As parents, we have seen over and over the publicised suicides on YouTube, Facebook, and Twitter. Bullying also takes on more subtle forms such as subtweet which is a passive-aggressive, yet a public way to call out a friend or a person who isn’t making you happy to everyone in your social media following.

Subtweet has replaced direct, person-to-person confrontation, and easily provokes subtweet wars where others jump in and add on, but nothing gets resolved. All these have caused our teenagers to have a certain amount of paranoia that people are tweeting about them, but because it’s subtweet, there is really no way to find out if it is about them unless they ask. Often when they ask, they are told it wasn’t about them (when it was) and it becomes crazy-making.

As parents, we can normalise that this type of stuff—notes being passed about us in class—happened to us as teens, but we need to validate for our teenagers how much more intense it is for them to have it happen so publicly, and how hard that can be on their hearts. We have to parent them to choose courage over fear and to speak up for themselves person-to-person.

Read Next: Working Parents: Getting The Balance Right for a Bettter Relationship with Your Children

Sexting and sending indecent pictures of themselves to their love interests are common for both male and female teenagers. It is a new form of sexual flirting and communication that would likely never happen in person. The text allows our teens an outlet to say and do things they would never have the guts to say and do in person. Because teens think mostly about the now, they do not have the skills to handle it when a naked picture of them gets circulated amongst a large group of people, like the entire football team.

The consequences of sexting and naked photos can go viral in a way our teens are not prepared for. The shame, embarrassment and loss of reputation can drive a teenager to their lowest of lows. Sexting messages and pictures are often used as blackmail or revenge, which can keep our teenagers in an unhealthy relationship for the fear of any sexting or naked photos being leaked when a relationship breaks up.

As parents, we have to be educated on these issues and do all we can to discourage this type of communication and photo-taking to help our teenagers avoid the horribly embarrassing consequences their actions can bring.

Selfies are the latest obsession, which is narcissism at its finest. Teens are naturally narcissistic, and when healthy, this narcissism is a necessary part of their development, but the world of selfies is taking our teenagers into a place of being in love with their own image or causing them to be obsessed with the image of others.

Selfies can drag our teenagers into a secret self-loathing. No matter how great their selfie is they may be measuring their worth on how many “likes” or “comments” the selfie gets. This turns the selfie into an addiction and a determiner of their beauty, worth, popularity, and validity. If a selfie doesn’t get a lot of likes or receives a negative comment they may assume they are ugly, stupid, worthless, not good enough, or feel that people don’t like them.

As parents, we need to encourage inner beauty, hard work, achievement and how to be a loving person more deliberately because our teenagers are constantly faced with the self-promotion addiction of the social media world.

5. Inability to be Alone

Being online puts our teens in constant social communication. Our teenagers hardly get a break unless they are grounded from social media, they have parental controls or rules on their phones, or they choose to take a social media break.

The ability to be alone—in one’s own quiet space—is almost non-existent and it is such an important developmental task for teens to master. How can a teenager know if they are likable if they never get the chance to sit with themselves for more than five minutes?

As parents, we must encourage cell phone and computer-free time with friends and family. We can also make rules around the cell phone being handed over each night before homework and/or before bed. We must require that our teenagers have some amount of alone time to experience their own emotional space, unprovoked by social media so that they can grow in their confidence of being able to be alone and feel good about themselves.

Read More: Are You A Helicopter Parent?

The Global Positioning System capability of smartphones has also turned many parents into part-time private investigators and/or stalkers of their teenagers. Our teenagers have little privacy with all this technology and yet it is healthy for them to have some privacy to make their mistakes. Parents are trying to jump in front of normal developmental experiences their teenagers need to have, to evolve as people, before these mistakes even happen. In some ways, this may interfere with their growth.

As parents, we have to embrace the validity that mistakes offer our teenagers and their personal growth. It is not in their best interest to have their parents at home following them and their friends on social media to get an idea of where they are, what they are doing, and if they are trustworthy. This type of parenting almost forces our teens to lie and rebel more strongly.

As a healthy parent, require reasonable check-in times from your teenagers, enforce appropriate curfews and then let go. They need some room to live unwatched.

Clearly, social media provides hurdles for parents and teenagers. It has its benefits but also has proven to have some horrible costs. The most important thing we raise in our children is their self-esteem. Our teenagers need rules and discipline, balanced with freedom and independence, good values, in-person quality time, communication, love, and validation.

My personal advice: Keeping your teenager in line with the development of their person, not just their image, is your newest parental task as you raise teens obsessed with the world of social media.

Enjoyed the article? Check out this video on How To Develop Our Children Holistically, brought to you by Leaderonomics Media! 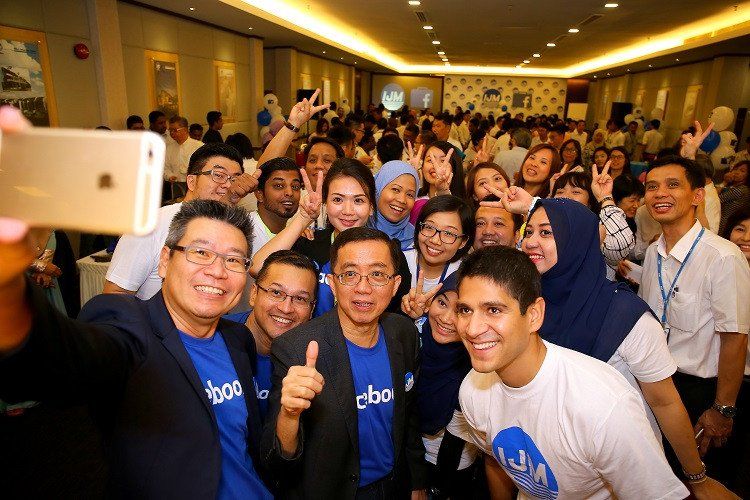 IJM Corporation Bhd: A Great Malaysian Story To Be Told

Sherrie Campbell
Sherrie Campbell is a psychologist in California with two decades of clinical training and experience in providing counselling and psychotherapy services. She is the author of ‘Loving Yourself: The Mastery of Being Your Own Person.’ This article was first published on Entrepreneur.com.