You're Never Too Old To Learn

Don't Shy Away From Learning

Call it crazy, paranoia or kiasu but for Toyota employees it’s a crisis if they do not create improvement each day. The “kaizen mind” means there is only one way to move – forward. So everyday, whether you’re a line worker or management executive, you have to find ways to change what you’re doing so you do it better. In fact, some years back, Hiroshi Okuda, the then chairman of Toyota Motor Corp proclaimed, “Failure to change is a vice.”

In less than two decades, Toyota has gone from a laughing stock in America to the world’s largest and most successful automobile manufacturer. It consistently outsells Ford and General Motors – thoroughbred American brands that struggle to stem market share losses. Lexus, its luxury brand, was the top-selling luxury brand in America for six years consecutively!

It’s borderline obsession but given the results, I’m not about to knock it!

Kaizen is not a proprietary Toyota secret. Change, growth, improvement, innovation – these are just different monikers for essentially the same thing: keep changing the game and keep moving, improving and growing. Grow, grow, grow. Every successful company is dedicated to this pursuit of continuous growth and improvement, and the same can be said of great leaders and great people as well.

The desire and ability to keep growing has always been the hallmark of leadership. I saw this first-hand from Jack Welch’s initial rejection of the internet to his total embracement of it. Now, Jack never was a great fan of the world wide web. He may have understood its strategic value and implications to the future but he never really showed it vis-a-vis his numerous initiatives and strategic directions. Of course, this was back in the early nineties when General Electric (GE) was very much a brick and mortar business dealing with physical estates like appliances, jet engines and plastics, and providing services like financing, credit cards and media. Outside bits of NBC (the media arm) and GE Capital (its then financial services arm), GE at large showed no appetite for the internet or leveraging it.

Then in the late 90s, Jack made a drastic turn-about and completely changed GE’s web game and strategy. One day, he asks GE CIO Gary Reiner to provide someone from the group’s IT department to be sent over to teach him about the internet. I think many of the IT folks in Fairfield Connecticut (GE’s HQ in the US) feared for their lives! What if Jack asked them an IT question that they could not answer? Thankfully, someone volunteered and started teaching Jack about the internet.

For a few weeks, Jack lived and breathed the internet. When Jack learns, he really learns. He wasn’t interested to just shop online or dabble in virtual reality; he wanted to know the whole works. You have to remember that at the time, Jack was just a few years away from retirement. It was in the late 90s and he was about to hand the reins of the company over to a new guy named Jeff Immelt.

He had just transformed GE into the most admired company in the world and he himself was declared the most respected CEO in the world. Yet, he didn’t think he was above learning something new. He showed amazing appetite to learn about the internet and within a few months could get away with talking like one of the tech guys!

This might interest you:Organisational Learning. You Say. But Why Bother?

When news made its way through the GE grapevine, most of us couldn’t understand why an “old” man would bother learning at this stage of his life. He had after all made it in life, so why bother? Jack could have easily retired on a high note and let the next guy figure out the internet and its implications. But that’s the thing about great leaders – they never know when to stop learning. They never stop learning.

What precipitated this change of heart? Online shopping, apparently. The story, as the legend goes, was that Jack had gone home one day and found his then wife, Jane, on the computer. It was so uncharacteristic of her that Jack had to find out what she was doing. As it turns out, she was shopping. He could not believe that you could shop online and so she showed him how it worked by ordering a set of golf clubs for him. That just blew him away.

Immediately Jack wanted to learn about the power of the internet. And he then proceeded to set up new companies with the sole purpose of “destroying” their bricks and mortar equivalent by building new internet-based businesses. In fact, he named them “DestroyYourBusiness.com”! This was implemented across all GE business units like “DestroyYourBusiness.com Plastics” and so on. The new CEOs of these dot com entities were tasked with converting the sales functions of the traditional GE businesses from old methods to e-commerce.

More than five years on, GE’s Aviation business, its biggest brick and mortar business, now sells almost all its spare parts and a number of other items online, thanks to DestroyYourBusiness.com Aviation. Not many people would have thought aircraft engines sales could be done online but it happened and they sell millions in a click! Functions like parts ordering to customer service and even dealings with vendors are done through GE’s IT infrastructure.

Jack’s desire to learn was insatiable. A year shy of retirement, he was still willing to shake things up and push the company towards new, untested waters. Is it any wonder that his name is almost synonymous with leadership? It all really begins with having a constant hunger to learn and be willing to learn from anyone… even from your spouse! Jack did. There is an English proverb that goes “you are never too old to learn”. I tend to agree. 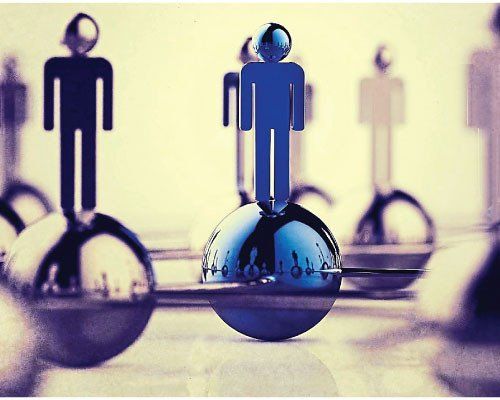 You’re Never Too Young To Network