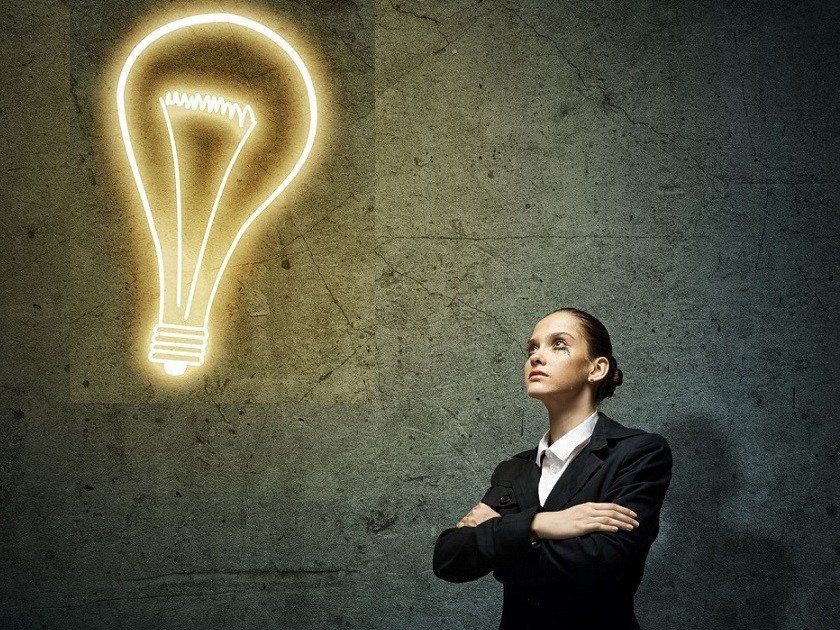 There have been plenty of initiatives that aim to increase the number of women working in senior roles. Many women high-achievers, from CEOs to editors, have valuable advice to share to women aspiring to break the glass ceiling.

So what can we learn from those who have made it to the top?

Here are some lessons we should all take on board:

As women, we’re often guilty of holding back and talking ourselves down. There’s plenty of research that show that men will apply for jobs despite only meeting some of the criteria, whilst women wait until they have it all.

Though self-doubt can be a good thing (it stops us from being arrogant) but a lack of confidence can lead to others lacking confidence in you too.

As women, we should start believing in our own abilities and start saying “I can” instead of “I can’t”. Say yes to opportunities when they arise, even if they seem daunting, and you’ll often surprise yourself with what you achieve as a result.

Most of the successful mums I know have a stay-at-home dad or an amazing babysitter. If you’re very organised, you can make it work, but the government needs to take more responsibility for providing adequate childcare as well.

Taking risks has definitely worked for some female leaders, e.g. easyJet boss, Carolyn McCall, who made a huge career change from working at the Guardian Media Group to leading a major airline, despite having no experience in the travel industry.

The result? She transformed easyJet to become one of the most successful budget airlines in Europe.

However, know your boundaries, too! Don’t take on more tasks than you are able to commit to.

2. Be tenacious and steadfast

If there’s one person who knows about tenacity, it’s Ann Summers boss, Jacqueline Gold. After joining the company at 21, she came up with the now-famous “Ann Summers party” concept. Despite having no formal training, she presented the idea to an all-male board. Although she initially got a “no”, Gold didn’t give up and eventually got to launch the concept. And, the rest is history.

Now, she is heading a company that turns over £150mil with 143 stores, 7,000 party planners and a thriving online business. She believes that being tenacious and unafraid to ask for things is one of the biggest keys to networking and a successful career.

If you don’t ask, you won’t get. You would be surprised how much time and support people will give you if you ask.

But no matter how good we are at it naturally, we still need to ensure that we manage our relationships to get the most out of them.

With a team of 27 editors and more than 8,000 bloggers under her wing, Carla Buzasi, the editor-in-chief of The Huffington Post UK, is a very busy person. In spite of that, she makes time to connect, whether it is via an email, meeting up for a cup of coffee, or through a quick phone chat. As a result, she has an impressive network.

As the old saying goes:

It’s not what you know, but who you know.

Invest as much into maintaining your relationships as you do into making sure you have the right skills for your job. There will be plenty of occasions when you come to rely on it.

4. Team-up, and pay it forward

While women are often excellent at forming relationships, on many occasions we are inclined to try to persevere alone even though we can achieve greater things together.

Vanessa Vallely, a recognised expert in person-to-person connecting, has done exactly that in setting up her network, which now serves over 200,000 women a month.

Vallely has plenty of experience working in male-dominated banking industries and believes in “paying it forward”. She strongly believes that women must support one another. Think of it as good business karma, just like in personal relationships. Helping others means you will have plenty of grateful people to call on in the future (and it is a good feeling).

As a leader, it is important to keep your eye on the bigger picture. Lara Morgan founded Pacific Direct at just 23, and later sold it for £20mil as she knows what it takes to grow a business. She set herself personal rewards for achieving a goal.

The reward can be as big or as small as you want, so long as it is something meaningful to you. It’s a good way to ensure you keep pushing yourself. Change isn’t easy, but you might be surprised with the results.

6. The power in emotional availability

I was never perfect, but I am completely dedicated to the narrative emotionally. You have to be able to look at your team in the eye, and let your words speak its truth. I believe in the power of emotional availability.

Let your team feel that you are there for them. No matter what impressive technology or initiatives we are planning, it has to be connected to humanity. It needs to carry truth and passion with it, as this is what will set you apart from the typical self-serving behaviours of alpha business types.

7. Break the rules and see what happens

Harriet Green, CEO of Thomas Cook, won the prestigious Veuve Cliquot’s businesswoman of the year award for boosting the company’s share price by 950%, and returning the business to profit after heavy losses.
How did she do it? Firstly, she was unafraid to go after the job.

Green famously got the Thomas Cook job by cold-calling the chairman to tell him she was the right person to bring the company out of its financial troubles, despite her lack of travel industry experience. She described the situation as, “a really good business with a terrible balance sheet.” She became the CEO in July 2012.

Green realised quite quickly that the situation at Thomas Cook was too “fragile” to benefit from an aggressive approach. Instead she took time to listen and encourage ideas and innovation, thus forging connections and engaging people with her vision.

Green is also a great believer in diversity. She believes that ‘groupthink’ is the main reason to introduce more diversity:

If everyone looks and sounds the same, went to the same schools and the same universities, go to the same country clubs and play on the same golf courses, you’ll get the same behaviour.

My advice to other women? To quote US Naval officer Grace Hopper:

It’s easier to ask for forgiveness than it is to gain permission.

Raina Radzaif
Raina Radzaif is a learning and development practitioner. She completed successful stints in an international higher educational institution and a leading legal practice in Malaysia, in corporate planning and business development and legal respectively. Currently, she is in the corporate world with a leading Malaysia-based multinational corporation.