Are Women Holding Each Other Back? 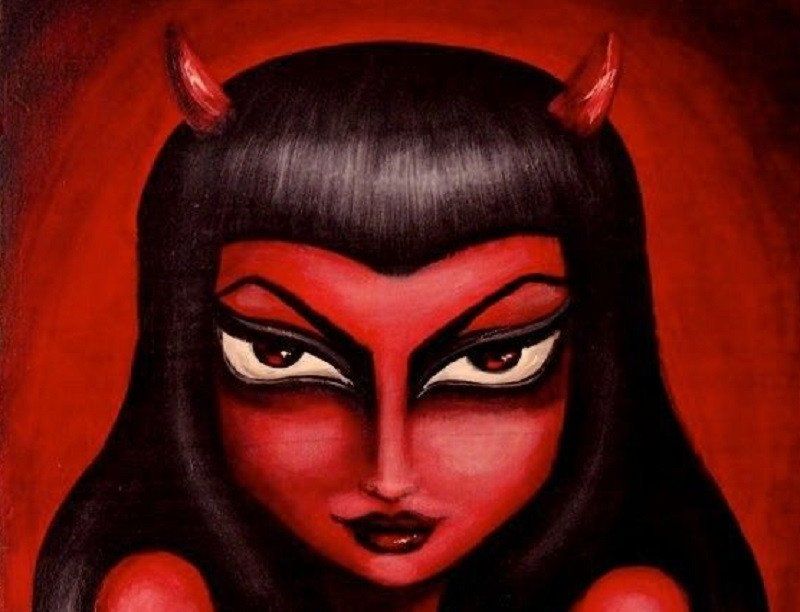 Could we be living by the rules of female misogyny without even realising it?

“There’s a special place in hell for women who don’t help other women.” – Madeleine Albright

Women have had a bad reputation among their own gender since the dawn of time.

Many regularly assume other women have a hidden agenda, cannot be trusted or often say they prefer the friendship of men because it contains 'less drama'.

In fact, a 2013 Gallup poll found that women are more likely than men to express a preference to not be supervised on the job by a woman.
In most realms, women seem to implicitly view other women as competition.

And, taking an honest look at my own life experiences, the uncomfortable truth is that the majority of individuals who picked on me, put me down or were just plain nasty – were other women.

Sociologists have observed what they label queen bee syndrome and female misogyny which describes women’s aversion to other women of different ages and seated in various positions of power.

This extends to petty insults and orchestrated drama in high school, and a catty, unsupportiveness in organisational spaces around things like taking leave, promotions, working part time – or even something as simple as starting a new project and needing help.

While, truth be told, I have also been blessed with some fantastic female friends – and also, truth be told – I’ve met my fair share of unlikeable men; I’m hounded by this knowledge and it prompts me to wonder:

How often are women holding other women back, putting them down and marginalising them? Because I know I’m not the only one that has been a victim of this.

Sociologists have observed what they label queen bee syndrome and female misogyny which describes women’s aversion to other women of different ages and seated in various positions of power.

However, queen bee syndrome seems to be born during adolescence.

In secondary school, cliques based on popularity and/or attractiveness start to form – spearheaded by one individual.

These groups tend to promote Mean Girls-esque behaviour and others in the class or school endeavour to be associated with these groups to be treated more like a member.

In business environments, a 'queen bee' usually refers to women in upper management who ascended the hierarchy without the help of any type of affirmative action programmes.

They often view up-and-coming women as competitors and orchestrate ways to prevent their advancement in the company – choosing to mentor males over female employees. 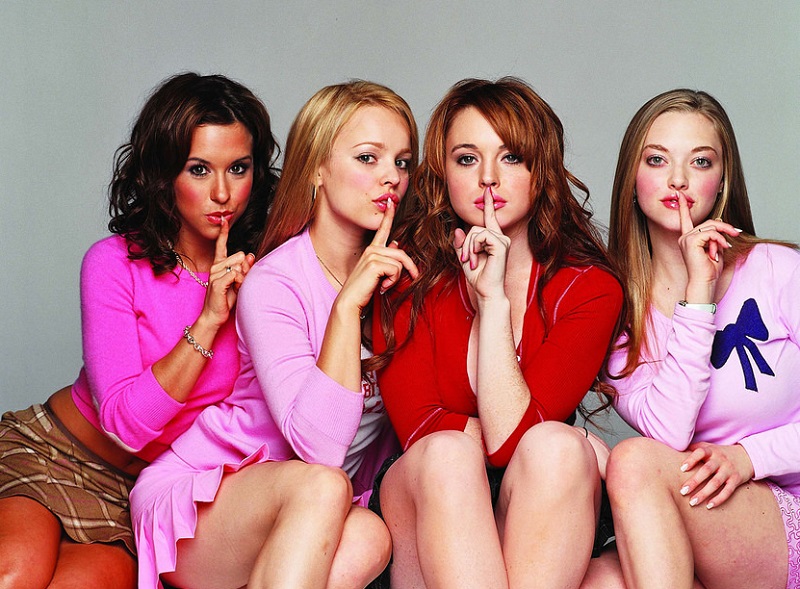 These actions tend to be justified using tropes that emphasise the supposed emotionality of women or the ease of working with male colleagues.

In her book, Too Few Women at the Top, Professor Kumiko Nemoto said, “Young female workers in 'women-friendly' firms explicitly express their aversion to managerial women while willingly supporting their male superiors; they view male managers as more reliable than women… Female managers, or “queen bees,” in turn express their detachment from young women, whom they see as lacking in competency”.

These dynamics have been explored in several movies notably the aforementioned Mean Girls and The Devil Wears Prada.

It’s important to also note that countries like Malaysia have imposed well-intentioned quotas (30%) for newly-appointed female directors of listed companies.

However, this tends to delegitimise the accomplishments of women as well as their potential for greatness in the eyes of others and reinforces the queen bee effect if a woman rises above it all.

So, why are we doing this too each other and what is the end game?

I’d like to start on ground zero. Everyday conversations and statements that go unchecked. Conversations about how women look – especially in relation to each other. ‘Which sister is prettier?’, ‘Did you see what she wore?’, ‘Why does she look so frumpy?’ or ‘Why is she trying to be so sexy?’

Conversations about women’s race to the altar or home-making: ‘you better think about having a family before you lose the ability to’ or ‘so-and so got married. When will you?’ or ‘Men are in limited supply so you got to get one before they run out!’

And often, conversations about whether women can have it all and how much they belong at home versus their place of work. What kind of mother are you? How devoted or respectful are you to your husbands? How ‘nice’ are you at work?

The cavalier remarks we make about women’s choices create a narrative that resources are scarce and we’re all on a timeline – scurrying to tick certain boxes at certain points in time.

Failure to do so leads to a sense of shame and isolation.

This culminates in what Silvia M. Dutchevici, licensed clinical social worker and president of the Critical Therapy Centre calls 'internalised' female misogyny, which is the 'subconscious internalisation of all the sexist and negative views and hatred of women that exist within our culture and ideology'.

These subconscious beliefs, she continues, “are passed down through cultural norms, messages and socialisation… and requires a strict adherence to gender norms.” It’s also nothing new.

‘Who wore it better?’ columns, ‘tips for the perfect body’, ‘how to have it all’, ‘how to get a man to notice you’. The list of headlines targeted at women achieving unattainable perfection in every aspect of their life is endless.

Again, the bombardment of articles and online comments sizing women up and down create an air of competitiveness among women. 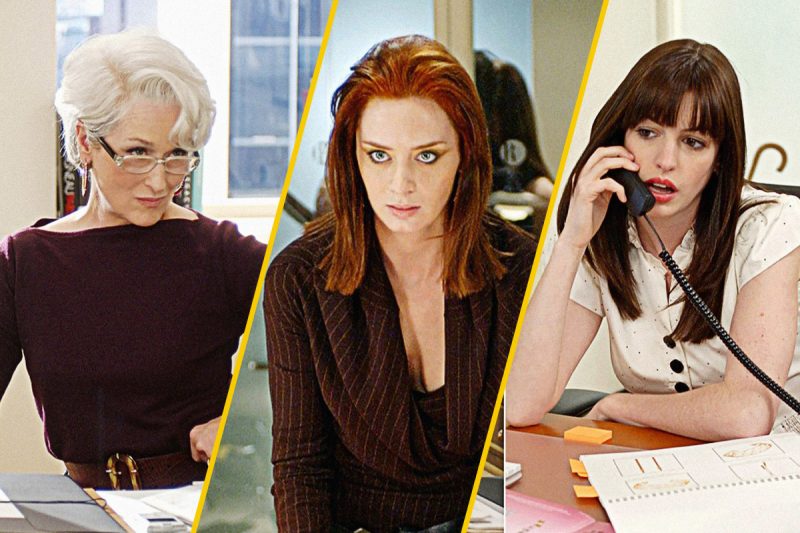 We see ageism in Hollywood – how long can one actress or model stay the 'It' girl before she’s dethroned by someone a little younger than herself. Hollywood consistently casts women significantly younger than the male actor to play their counterpart. The clock is always ticking for women everywhere – the elite are not exempt.

Even female public figures whose careers are not tethered to their looks often face scrutiny about how they present themselves – often overshadowing their expertise and their message.

The media as a whole has played a devastating part in women’s insecurities, self-worth and female rivalry through representation in films, depictions in music videos and lyrics, narratives in advertising and sexist articles.

Men had a head start in the workforce and therefore have assumed more leadership roles than women. Currently, only 6-10% of Fortune 500 companies are led by women, and 20%-40% of NGOs globally have female CEOs. This means women, particularly in male dominant fields, are only exposed to male leadership role models.

Often, to be taken seriously, women are pushed to embody so-called 'masculine' leadership traits so they can be welcomed as an honorary member of the boys’ clubs.

the idea that women, or any subjugated group within any system will adopt and uphold the system in order to gain power for themselves. 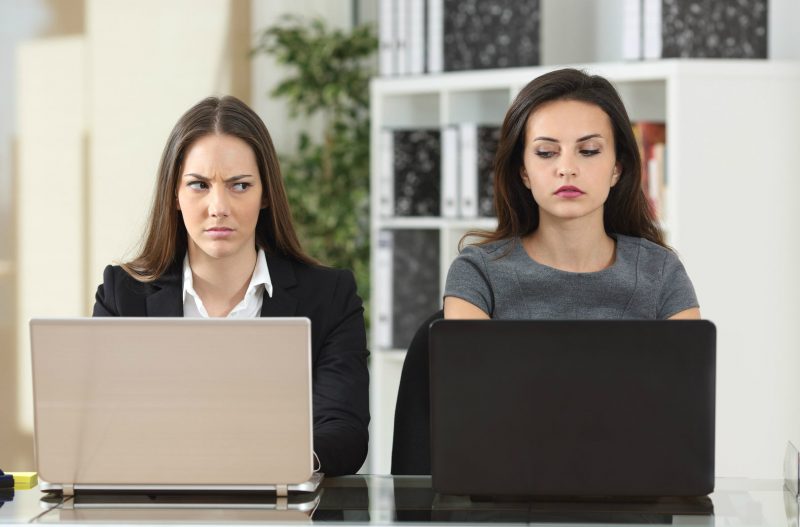 No one making such a bargain is villainous in anyway; however, it’s a trade-off one has to make to gain some power and autonomy in the current system as it maintains its status quo.

It’s really important to recognise that, while sexism mostly benefits men, it can also benefit certain women. A sexist woman may not enjoy all the privileges men do but it still gives them a bump up the hierarchy.

The first step I believe – granted – it’s a hard and long stride is evaluating the conversations we are having day to day with each other. Where do our lazy statements come from?

Part of this is learning and understanding how detrimental gender stereotypes are so we can move forward together to eradicate them.

Changing the system and changing how we relate to each other benefits all. A system that labels, categorises and obstructs is repressive not just to women but even to men who don’t or won’t fit tightly woven constructs of masculinity and their roles in society.

Simply put, we should take steps to emancipate each other from playing a part on this stage – and instead – open the floor to each other to make personal decisions freely, and independent of imposition from another.

As for women, the hardest thing to do is to drown out the noise of the media and society, and rise above our insecurities to champion each other. When we share our wisdom, support and expertise – everyone gains. There’s room in this world for everyone.

Sheryl Sandberg, chief operating officer (COO) of Facebook, author and activist says there are plenty of ways women can support each other, which include:

Michelle Obama once shared, “I am an example of what is possible when girls from the very beginning of their lives are loved and nurtured by people around them. I was surrounded by extraordinary women in my life who taught me about quiet strength and dignity”.

Besides being a popular and beloved First Lady of the United States, Michelle is also a Harvard Law graduate, educator and activist who came from humble beginnings.

So, let’s come together and leave petty rivalry behind us. Let’s start championing women as world leaders, educators, home makers, executives, heads of departments, activists, pioneers, students, workers and simply as human beings. Let’s empower each other to be leaders and followers of other women.

How are you treating the women around you? 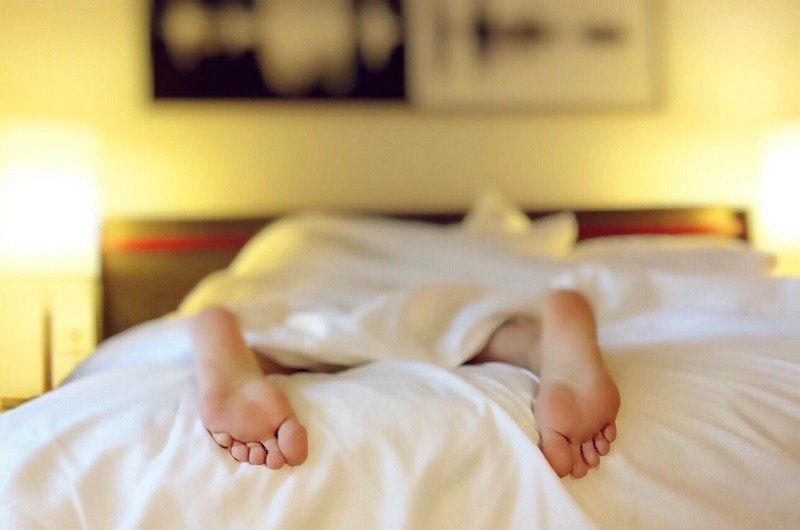 Feel Like Giving Up? Come On, You’re Stronger Than That