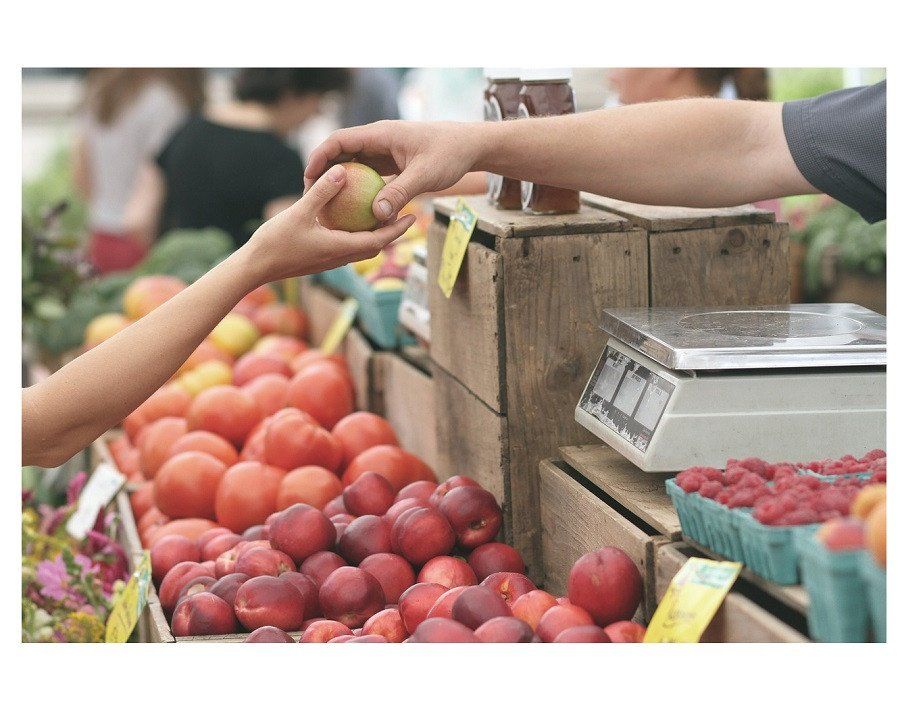 Understanding and harnessing the power of generosity

Every so often a book comes along that changes the way you see the world. Give and Take: A Revolutionary Approach to Success, is one of those books.

In 305 insightful pages, Wharton professor Adam Grant recasts our notions of what it takes to succeed. Talent is a factor, of course. Effort, persistence, and drive often matter even more.

In our professional lives, he says, we tend to be either givers, takers, or matchers. Most of us are matchers. We’re willing to give – to help others – but we expect something in return. 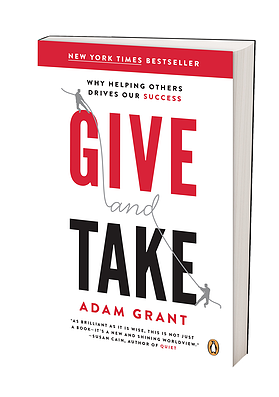 Matchers live in the world of reciprocity, tit-for-tat, and Even Steven. A few of us, meanwhile, are takers. Our style is to get more than we give. (Spoiler alert: Research shows that we hate takers and root for them to fail.) And a few of us are givers. We give more than we get – with no expectation of return.

Grant has found that the people who occupy the bottom of the success ladder are givers – in part because they’re “too trusting and too willing to sacrifice their own interests for the benefit of others.” So who occupies the top?

It’s the givers once again.

Grant’s book (available via Amazon, BN.com, or IndieBound) looks at the evidence for this surprising finding and then offers a path for how to become the sort of giver who flourishes without being fleeced.

Because I like this book so much, and because I’ve written about some of Grant’s other research in both Drive and To Sell is Human, I asked him to answer a few questions for readers. Since Grant himself is a giver of epic proportions, he obliged.

Q: One concern that some people have about being givers is that they’ll be taken advantage of or that they’ll become poster children for the old adage, “No good deed goes unpunished.” What are a few ways that successful givers avoid these traps?

A: One powerful strategy is to assess the generosity of the people you’re helping. If they’ve consistently operated selfishly, like takers, it may be wise to shift from giving to matching. 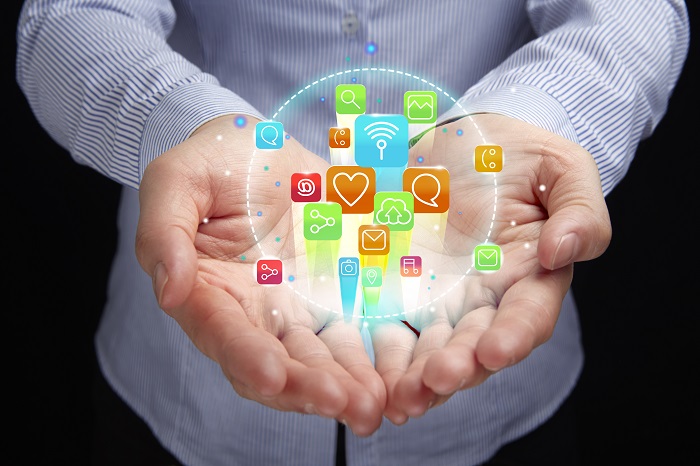 Instead of assisting them without any strings attached, help them on the condition that they pay it back to you – or pay it forward to benefit someone else. A second approach is to set clear boundaries for helping time versus personal productivity. For example, there’s a Fortune 500 software company that has encouraged engineers to set “quiet time” three mornings a week from 9am until noon to make sure that constant interruptions don’t interfere with their progress.

A third option is to develop giving networks, bringing together groups of people to make and grant requests in a meeting or on a listserv. By making giving visible, taking is discouraged, and a marketplace often emerges that connects people with those who are best suited to help them. For a powerful example, see the Reciprocity Ring by Humax Networks.

Q: Many of us know about the strength of weak ties from Mark Granovetter’s landmark work. But you introduce the idea of “dormant ties,” which I found quite compelling. Can you explain what dormant ties are and why they matter to givers?

A: Dormant ties are connections to people you used to know, but have fallen out of touch for several years or more. In a series of fascinating studies, Daniel Levin, Jorge Walter, and Keith Murnighan have shown that dormant ties actually provide more valuable advice than current ties.

Dormant ties tend to be more helpful than weak ties, because there’s a residue of trust and familiarity that makes it easier to reach out. But they also offer more novel information than strong ties, as they’ve encountered new people and ideas in the time since you last connected. 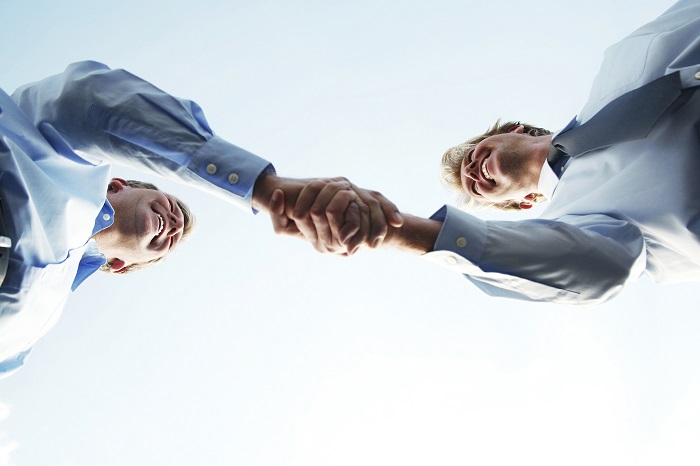 From my perspective, givers have the most to gain from reactivating dormant ties, as they’ve built up a track record of generosity. If they can overcome the reluctance to seek help, there’s a reservoir of goodwill waiting to be accessed.

Q: Okay, let me just get this out of the way. People named Dennis are almost twice as likely to become dentists as people with comparably popular names. What the heck is going on here and why should we care?

A: The evidence here is very controversial, but it does turn out that we’re surprisingly drawn to careers – and people, places, and products – that remind us of our own names. If your name is Dennis or Denise, when you first learn about dentists, you might have a slightly more positive feeling because it taps into something familiar that’s part of your identity. Research by Brett Pelham and his colleagues suggests that this is true for a wide range of names, especially if our names are rare and we identify strongly with them.

The self-similarity effect extends to helping: we’re more likely to give time and money to people who remind us of ourselves. I go into more detail in chapter eight of the book, and I think we should care for two reasons. First, subtle factors can shape where we direct our giving, and we need to be cautious about helping for the wrong reasons. Second, if we want to convince other people to be more generous, we can often boost giving by showing them how they share uncommon commonalities with others in need.

Q: Now let me toss an odd word at you: Karma. Does your work offer some empirical support for the mystical idea, often found in the religions of South Asia, that our actions have repercussions – good or bad – that extend far beyond the present moment into the rest of our lives?

A: This is a really interesting way of framing my work; I do think there’s a case to be made for the science behind karma. Rather than attributing it to mystical forces, I believe matchers are behind many of the karmic moments in life. If you’re a matcher, you tend to believe strongly in a just world: you think what goes around ought to come around. This means that you’re motivated to punish takers for self-serving actions, and you’re equally driven to reward givers for acting generously.

Studies led by Robb Willer at Stanford suggest that people do this in part through “pro-social gossip” – spreading negative reputational information about takers while boosting the status of givers.

Q: Most people, you’ve found, are matchers – and that presumably includes most people reading this interview. What is one step that readers can take today to move a little more in the direction of becoming givers?

A: I think changing your style starts with increasing self-awareness: do other people see you as a giver, taker, or matcher? If you visit www.giveandtake.com, there are free assessments where you can rate yourself and ask others to evaluate you anonymously.

If you decide to shift in the giver direction, my favourite strategy is what one of America’s top networkers calls the five-minute favour. The key is to look for ways to help others that are relatively low-cost to you. It might be making an introduction between two people who could benefit from knowing each other, sharing an interesting article, or offering to provide advice or feedback. If you choose a form of helping that you find enjoyable and meaningful, it might even boost your mood and energy.

Daniel H. Pink is the author of several provocative, bestselling books about business, work, and behaviour. His latest is To Sell is Human: The Surprising Truth About Moving Others, which is a #1 bestseller on the New York Times, Wall Street Journal, and Washington Post lists. For more information, visit www.danielpink.com 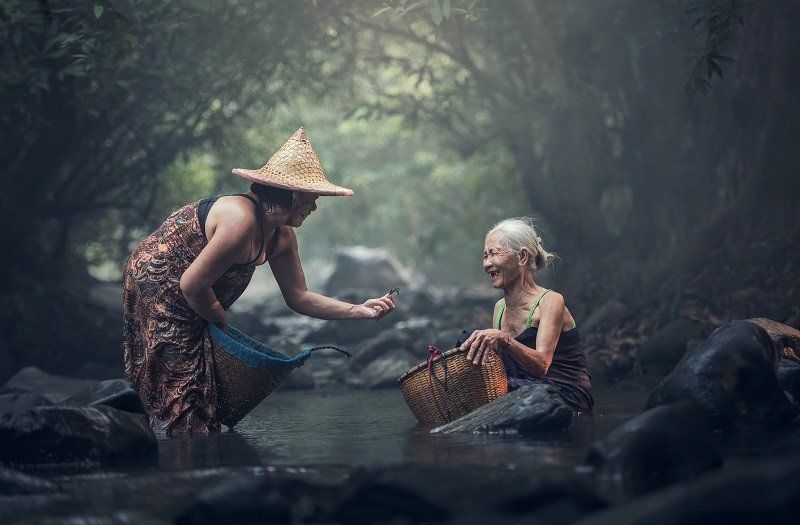 Daniel Pink
Daniel H. Pink is the author of several provocative, bestselling books about business, work, and behaviour. His latest is To Sell is Human: The Surprising Truth About Moving Others, which is a #1 bestseller on the New York Times, Wall Street Journal, and Washington Post lists. For more information, visit www.danielpink.com