Last month, I shared the stage with Patch Adams at the ‘Gathering of the Great Minds.’ Patch Adams is building a legacy of greatness through his simple message of “love”. Patch was a renegade medical student who vowed to build a hospital where no one would ever have to pay for care. Upon becoming a physician, he immediately invited patients into his home, and for 12 years lived with his wife, two children, four other physicians and as many as 50 homeless patients.

He has never turned anyone away and never charged a penny for care during these years. He has treated tens of thousands of patients out of love with nothing asked in return. Years later, Patch set up the Gesundheit Institute which offers free, holistic medical care to everyone. Patch learnt love from his mother. His father was killed in the military when he was only six and since then he has championed ‘love’ in everything, including in business.

Patch, now 65 years old (and famous from the movie about him!) uses love and humour to heal, creating a great legacy that will outlive him. As the year winds down, it may be a good time to consider the legacies we leave behind. An ancient proverb says:

If you lead a meaningful life, you never really die. Instead, you break into 1,000 pieces, each of which stay alive within the people whose lives you’ve touched along the way.

I recently read about Nick and his wife Drana. Nick was a great businessman who earned enough to make most of their dreams come true. Their children were set to follow their similar route to success. But Nick and Drana decided that they did not want the same success for their kids. Instead they wanted to raise their kids to achieve significance. They realised that they needed to change their own lives from a successful one to an enduring one. They opened their home to strangers, started serving instead of receiving, volunteered and helped countless people.

Their youngest daughter, Agnes, decided that she would devote her life to being ‘significant.’  She was smart, pretty and industrious and knew these were keys to being successful, but she learnt from her parents that to be significant, her heart, character and love were more critical. In 1997, Agnes passed away and I was asked to do a TV obituary special on Agnes.  The world knew Agnes as Mother Teresa.  Her  parent’s decision to forego “success” in lieu of “significance” ensured that their legacy lived on in their daughter and lives on today in millions of lives affected by Agnes’ grace and mercy. Great leaders leave legacies that transcend them. Ken Blachard, adds:

Many people measure their success by wealth, recognition, power, and status. There’s nothing wrong with those, but if that’s all you’re focused on, you’re missing the boat. Instead focus on significance.

Have you given thought to your legacy? Will your legacy be like Jack Welch, Nelson Mandela, Patch Adams, Steve Jobs or Nick and Drana who raised Agnes to greatness? Or will your legacy be tarnished by deception, misdeeds, shame, regret, hypocrisy, or a failure to reach your potential? Legacy is a powerful word closely associated with leadership. We are all leaders. Parents are leaders. Teachers are leaders. If you lead one person, you are a leader and have a responsibility to leave a positive legacy. Wikipedia describes legacy as:

Something handed down from an ancestor or predecessor or from the past; or something acquired without compensation.

It is synonymous with birthright, inheritance, heritage and tradition. Leaders create and pass down legacies. So, how does one start their journey of building a lasting legacy? The answer begins by taking an inventory of yourself. You need to find out what makes you tick. It starts with passion.

Legacies are built on passion

A recent survey indicates that 75% of the world’s population are unaware what their true passion is. Finding your true passion isn’t as simple as it seems. Asking yourself some pertinent questions like ‘what puts a smile on your face’, ‘what do you find easy to do’ or ‘what sparks your creativity’ may help begin this journey of discovering your passion. Steve Jobs had a lot of time in honest soul searching before he figured his true passion. Doing what you have a passion for brings out your best, and this leads to greatness. Greatness is the starting point of significance.

Legacies are built on significance 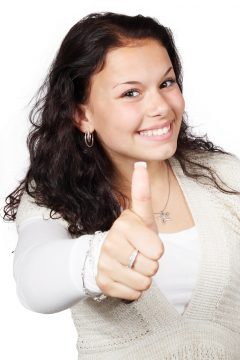 ents, Nick and Drana, consciously made a decision to move away from chasing success to chasing significance. Patch Adams made a resolution as a medical student to move away from being a rich, successful doctor to making a significant impact in medicine. How do you move from pursuing “success” to “significance”?  Here are a few questions that may help you:

You can also make a list of the 10 most significant achievements of your life and why it was significant. As you discover where your deepest passions intersect with your greatest abilities, you begin your blueprint for significance. Two construction workers were asked to describe their same jobs. The first employee says his job was to lay bricks. The second says he was building a cathedral. Which employee would you hire? The second employee works for significance whilst the first works for a pay cheque.

I spent two years working at Johnson and Johnson. In 1942, General Robert Wood Johnson wrote a one-page document that came to be known as the J & J Credo. The Credo outlines the company’s priority and responsibility to conducting business – firstly to people who use their products, secondly to its employees, next is to the community and environment and finally to its stockholders. He believed if J&J focused on significance (patients and employees) first and relegated success (shareholder value), shareholder value would ultimately be realised. And he was right.  Additionally, every employee at J&J finds personal significance in their “lives” by the Credo.

John Maxwell states, “the success of my day is based on the seeds that I sow, not the harvest I reap.” Too often, leaders bypass the process of sowing seeds in favour of short-term results. This is what led leaders like Ken Lay to their ruin. Sowing unwearyingly is better than instant results as real reaping is dependent on the seeds you sow today. Legacies are the results of giving today as “sowing daily into the lives of others will compound over time.”. Legacies are not created instantaneously.

It is built daily through values, hard work, integrity of leadership and character. The choices you make every day with your time and efforts directly impact how you will be remembered. The secret of significance is determined by your daily agenda. It’s not about leaving a legacy, it’s about living a legacy. “Leaders have been conditioned to think about the future. But in doing so, they have forgotten about the present. And the present is how they create their legacy,” claims author Shane Yount.

Legacies take years to build but can be lost in a moment. CSPAN commissioned a study to judge the 41 past American presidents on 10 leadership qualities. The top three presidents were Abraham Lincoln, Franklin Roosevelt and George Washington. The bottom two — Bill Clinton and Richard Nixon. Both Clinton and Nixon would have ranked higher if only they had moral authority, which they tarnished due to scandals.

This might interest you: A Villanelle About The Meaning Of Passion

Finally, legacies must have succession. Peter Drucker said that “there is no success without a successor.”Abraham Lincoln’s leadership ended slavery in America. After the war, Lincoln rebuilt the south, ensuring goodwill towards the freed black slaves. However, he was suddenly assassinated and Andrew Johnson took over as President. Johnson reconstructed the South’s oppressive system of white domination and destroyed Lincoln’s legacy of freedom stunting the civil rights movement and perpetuating injustice for another century. As Maxwell rightly states:

A leader’s lasting value is measured by succession.

If Lincoln had a successor who shared his vision, America’s torrid racial issues may not have plagued them into the 20th century. As leaders close out their tenure, leaders must channel their being toward helping their successor continue the legacy. The best leader creates new leaders, which includes developing, training and equipping others for leadership success. The great leaders who leave lasting legacies are the ones who are most generous with their knowledge and expertise. These are the people who wind up creating the most economic value and create lasting leadership legacies.

It is always morbid to think of death, but when we die, what will be said at our eulogy. We become immortal not through material possessions but through the legacies we leave. People do not remember us for what we do for ourselves but for what we do for them. At the end of the day, no one remembers what numbers you closed for each of the quarters you were in charge. They do remember your leadership, service, character and inspiration. Patch Adams’ talks about love as his purpose in life. Lennon and McCartney, echoes Patch by saying “in the end, the love you take is equal to the love you give.” Likewise, your legacy is more dependent on what you give today, then what you take.

Roshan Thiran is passionate about creating a leadership legacy in our nation. Roshan is the CEO of Leaderonomics – a social enterprise working to transform lives through leadership development and nurturing potential. Connect with Roshan on Twitter and on Facebook for more insights into business, personal development, and leadership.

Raise Your Game: Impossible Is Nothing