9 Ways To Stop A Workplace Bully 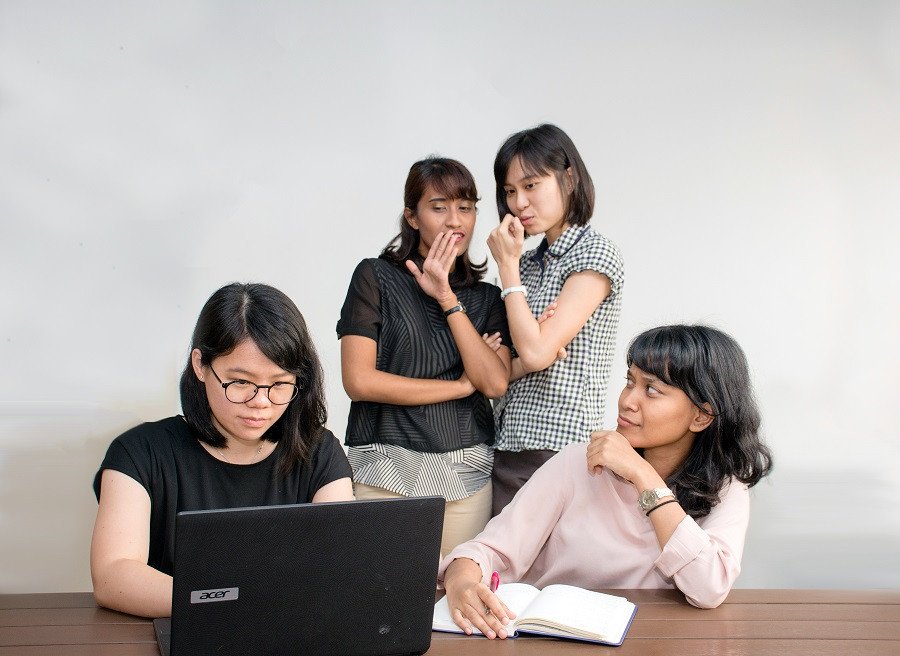 Many Bullies Don’t Know They Are Bullies

Bullying comes in many forms and at great cost to organisations. Learn how to address it.

Brian regularly e-mailed his direct reports at odd hours of the night. When one didn’t immediately answer, he would hurl a volley of e-mail threats and personal insults. Team members felt afraid, vulnerable and helpless. Many quit.
The turnover cost millions of dollars – not to mention the cost in disruption of service to customers. Despite employees’ attempts to complain, Brian’s behaviour continued for years.

Bullying behaviour is a surprisingly present feature of the modern workplace. In a recent survey of more than 2,000 corporate employees, it was found that 96% of respondents said they had witnessed bullying at work.

What counts as bullying?

Bullying in the workplace is often hard to define. We think we know it when we see it. For example, most people would say Brian’s behaviour crossed the bullying line.

When psychologists study bullying among children, they tend to define it as repetitive aggressive behaviour that involves a real or perceived power imbalance. Researchers have been known to further divide bullying into two types: physical and emotional. While workplace bullying is occasionally expressed in physical ways (for example in aggressive sexual contact), it is far more likely to involve emotional abuse or intimidation.

Until recently, researchers tended to overlook emotional bullying – creating a false impression that power-based aggression was practically non-existent in the modern workplace. To address this potential omission, VitalSmarts – a corporate training company – created a survey that addressed workplace bullying more broadly to include emotional as well as physical acts.

The survey’s results showed both forms of bullying occur in the workplace:

Frequently the bullying behaviour drew on the instigator’s immediate power; however, it was not uncommon for someone to borrow power from a relationship with someone in authority. For example, another respondent reported: “This bully was a long-time secretary to one of the firm’s attorneys. I was the receptionist. The bully took an immediate dislike to me, and set out to sabotage me in as many ways as possible, including bad-mouthing me to the other administrative staff, giving me the silent treatment, and refusing to cooperate when I needed her help.”

While physical bullying has heavily declined from the days when labour-intensive production facilities would often be the site of fistfights among workers, the cost of emotional bullying is still significant and disruptive.

According to our study, one in five respondents said that coping with a bully cost them seven or more hours per week in extra work. Based on the US government’s average national wage of roughly US$46,000 (RM186,000), this translates to almost US$8,000 (RM32,000) a year in lost productivity per employee.

While the survey is skewed towards corporate America, workplace bullying can happen in any country or society. The survey also suggests that bullying persists because people tend to avoid bullies rather than address their bad behaviour.

The following tips can help you report and resolve issues of emotional bullying when you observe a consistent pattern at your own workplace.

1. Document the facts
Keep a record of bullying incidents. Note the times, places, circumstances, witnesses, the bully’s actions, and the effects of these actions. One of the most common reasons reports of bullying fall flat, is that those who experience it use vague and subjective terms to describe what happened. Instead of writing, “She was insulting and abusive,” describe the incident the way you would write a script for actors to re-enact it. For example, “She called me a meathead and told me I had to ask her permission to go to the bathroom.” Actual quotes are more powerful, harder to deny, and easier for witnesses to corroborate.

2. Ensure your safety
Speaking up always involves some risk, but don’t ever put physical safety in danger. At the same time, don’t let fears prevent action. Ask, “What’s likely to happen if I don’t speak up?” Make a realistic assessment of the worst-case scenarios for speaking up or not. Depending on the assessment, you may decide to speak directly to the bully, talk to a manager or human resources professional, or talk to the bully with a third-party present.

3. Decide what you really want
When you feel emotionally threatened you react the same way you do when under physical attack: your goal-horizon shrinks to consider only present concern. For example, “I just want to get out of this meeting!” Your reactions tend to leave the real problem unaddressed. When you get to a safe, quiet place, force yourself to think longer-term. Ask what long-term success would look like. If the bully stops bad behaviour, would that be enough, or do you need compensation or some other form of justice? The question is, “What do you want long-term for yourself, for the other person, and for the organisation?”

4. Have the right conversation
The term “bullying” implies a pattern of abuse, not a single incident. One of the most common ways a bully will defend himself or herself is by refuting or explaining each instance you describe. Make sure to talk about the pattern instead of arguing about individual incidents. Make sure there are facts related to enough incidents to make the pattern clear.

5. Start with facts
Begin by describing two or three documented incidents. Select incidents that illustrate the pattern, and use verbatim quotes whenever possible. Avoid hot words, labels or accusations.For example, don’t describe the person as mean, vindictive, or even as a bully. Instead, stick closely to the facts. Facts have more credibility than opinions, so let them carry the weight.

This might interest you: How to Deal With Manipulators

6. Tell your story
Explain how the incidents fit together. These stories are the judgements, conclusions, and explanations you have about the facts. This is the point in the conversation where you make the pattern clear. This is also the point where reasonable people may disagree. You need to have enough facts to justify your story. At the same time, be open to the idea that others may see a different story in the same set of facts.

Before the conversation, imagine you were an unbiased outsider or maybe the bully’s friend. How would you evaluate the facts?

7. Explain the consequences
Describe the effects the bullying behaviour is having on your performance and the performance of others. Again, try to be as specific as possible. Rather than saying, “People feel they have to walk on eggshells,” say, “People have stopped asking for your help with customer complaints because they think you don’t listen to their side of the problem.” Emphasise business, rather than personal effects. You’re not trying to become friends; you just want a positive, productive workplace. However, if the effects include legal consequences, such as harassment lawsuits, make sure those are clear.

8. Get a commitment
Get a specific commitment from the bully. This commitment should include what the bully will stop or start doing and how you will follow up. Understand that patterns of bad behaviour are difficult to change. The bully will struggle and will slip up from time to time. These slip-ups will test whether the commitment is real. Talk about the likelihood of slip-ups in advance, and discuss how to deal with them. For example, a physician who had a history of intimidating nurses asked them to remind him if he slipped up. He said, “I’d like you to use my first name. Call me Joe. But, if you see me slipping up, call me Dr Smith. That will be our signal.”

9. Finally, be optimistic about changing the bully’s behavior
The interesting truth is that many bullies don’t know they are bullies. The term “bully” has become so pejorative that few imagine it could apply to them. Yet, when the pervasiveness of the problem and the many forms it takes are observed, it’s reasonable to conclude that many people are engaging in bullying behaviour. While the existence of extreme, even criminal bullies is real, most bullying is probably the result of short tempers and short deadlines. Realising that bullies aren’t always intending to be bullies can, indeed, humanise them. 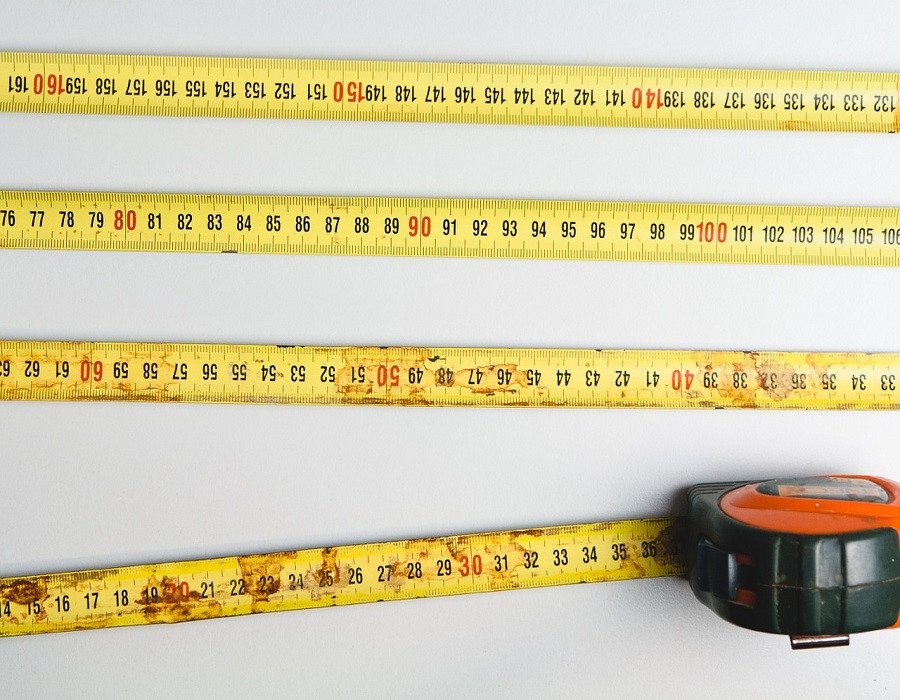 Joseph Grenny
Joseph Grenny is a four-time New York Times bestselling author, keynote speaker, and social scientist for business performance. His passion and expertise is human behaviour and its impact on business performance and relationships. His work has been translated into 28 languages and has generated results for 300 of the Fortune 500. Joseph has been a contributing columnist for BusinessWeek, Forbes, and Harvard Business Review. He has appeared on The Today Show, CNN, Bloomberg, and Fox Business News, and been cited in hundreds of national news publications including The Wall Street Journal, The New York Times, and USA Today. Joseph is the co-founder of VitalSmarts, an organisation committed to teaching others how to effectively change human behaviour.