The Power Of Failure 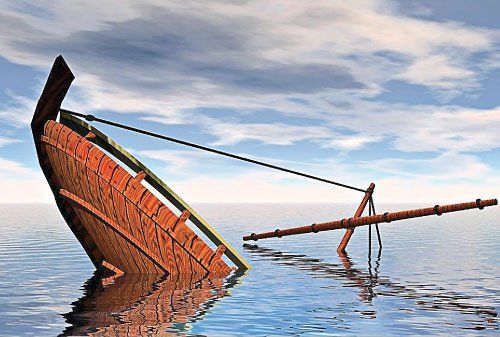 Let’s be honest – no one likes to admit failure. In fact, no one likes to fail at all. The simple fact is that in business or in our lives, people are rewarded or praised only when they succeed.

What happens to those who have failed then? As it is, you hardly come across someone who is rewarded for failing. So then, is it always bad when one fails?

In Megan McArdle’s latest book, The Up Side of Down – Why Failing Well Is the Key to Success, she writes about how we can all learn to fail a little better, and how to harness the incredible power of failure.

Firstly, let’s define what failure is. Failure is when something that we were trying to accomplish fell short of what was required or expected. 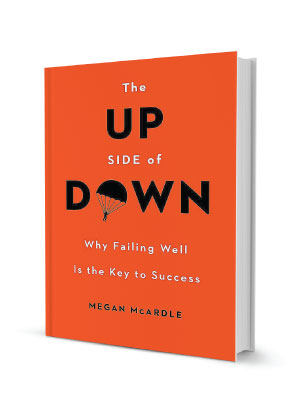 Ask any person if he or she has ever failed in any way and the odds are you will find that everyone has encountered failures before. There is no shame in failure. The reality is that all of us do “fail” to reach some of our expectations in our lifetimes. Failure is fundamental, and it provides the best avenue for learning as long as we admit our failures.

The problem arises when we try to “avoid” failure by not admitting it. The issue with us avoiding failures continuously is that we can never learn from them. As a result, we run the risk of making the same mistakes that led to the failure.

The inability, sometimes stubbornness, to admit failure can lead to loss aversion. Take the example of gamblers. One of the main signs of a compulsive gambler is that after he loses, he wants to go back to the casino as soon as possible to win back his losses. Gamblers know that statistically, chances of redeeming losses are close to zero, and yet, they keep going back to the casino.

It’s even tougher to admit failure when you’ve tasted success before. That is why we see so many examples of once-successful companies having such a tough time changing course.

The case of Kodak is an excellent example. Kodak was once one of the most successful imaging solutions companies but went bankrupt in 2013 because it simply did not innovate.

Some perfectionists will argue that failure is unacceptable. Words like “failure” and “mistake” are not in their vocabulary. However, the fact remains that there is no way of guaranteeing zero failure.

In 1985, The Coca-Cola Company embarked on a secret project known as “Project Kansas” because its competitor, Pepsi-Cola, was “drinking” into its sales. The purpose of the project was to conduct more market research than anyone else in the world, prior to launching the new Coke.

Within three months after the launch of the new Coke, it became a major marketing failure,resulting in the return of the original classic Coke to the market. The new Cokeproject could have taken the entire company down with it, had not the executives at Coca-Cola accepted the failure of the campaign and immediately pulled the plug.

The famous basketball player Michael Jordan once said, “I’ve missed more than 9,000 shots in my career. I’ve lost almost 300 games. Twenty-six times, I’ve been trusted to take the game winning shot and missed. I’ve failed over and over and over again in my life. And that is why I succeed.”

Unemployment can sometimes be viewed by today’s society as a major failure. It is even worse for those who have been through long-term unemployment.

Speak to anyone who has been unemployed for a long time and he will tell you that being unemployed was probably one of the worst things that ever happened to him.

Most unemployed people withdraw from social relationships because they find it painful to be hanging around those who with jobs. On the other hand, for some, being unemployed was probably the best thing that ever happened to them.

It is actually fairly simple to solve the problem of unemployment, i.e. you keep looking for a job. The harder you look, the more likely you are to land yourself a job.

Arguably, you may not find your dream job, but at least it serves as your source of income. Lowering your expected salary and/or moving to another state or country for a job are options that you can consider to solve your state of unemployment.

Once we are able to admit and accept failure, it makes learning from failure easier. There are endless possibilities on how much one can learn from failure, as it depends entirely on different circumstances. However, it is equally important to learn the right lessons from failure.

I once went on a movie date with my fiancé and 10 minutes into the movie, I knew it was going to be a boring movie. I mentioned it to her and she told me that we could leave the theatre and opt for another movie, or spend our time doing something more interesting. I insisted on staying until the end of the movie since we had already paid for the movie tickets.

Well, you guessed it. That movie ruined the entire day for me. The money for tickets was already spent. There was nothing to gain by wasting another two hours in the cinema when we could have spent those hours doing something else that was more fun.

From that day on, I learned the lesson of sunk cost – trying to salvage what I’ve lost and running the risk of doubling my losses when I could have cut my losses and moved on.

Many people tend to think that to “forgive” is to forget, which is not true. Julie Exline, associate professor and director of clinical training at Case Western Reserve University states that, “Most scholars agree that forgiving does not mean excusing. It also does not imply that you trust the person who hurt you. Forgiveness can be difficult and it can be a long process.” Even so, the rewards for forgiveness can be great.

Dr Frederic Luskin, head of The Forgiveness Project at Stanford University also spoke about the importance of forgiveness from failure. His research shows that “as people learn to forgive, they become more hopeful, optimistic and compassionate. People who learn to forgive report significantly fewer symptoms of stress.” Forgiving the people we work with is key to rebuilding the trust in the workplace.

So, the next time you think you’ve reached a point of failure, remember that all hope is not lost. Treat failure as a new learning platform and learn how to achieve success from those failures. Learn to forgive those who have caused you to fail, and also learn to ask for forgiveness when you are the one who caused the failure. 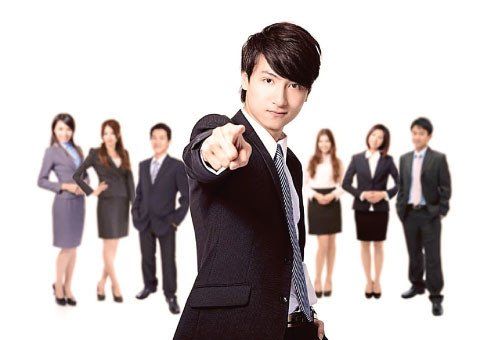 How Would Others ‘PR’ You?