The Little Boy Who Touched The Queen 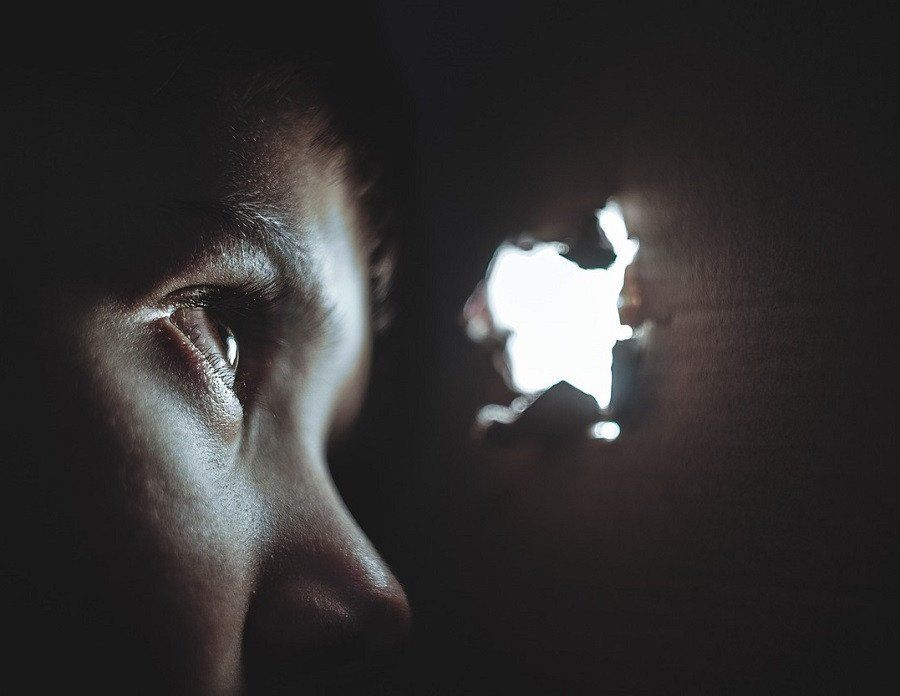 The Queen of Sweden reveals the harsh realities of life for children out there and how we can help.

There was a little boy in Brazil, who lived by the streets in a brown paper box. He had very little and he had no parents, yet, he was content and in fact, proud of the box he called his home.

This is a scenario conveyed by Her Majesty Queen Silvia of Sweden during an interview with Leaderonomics at the recent Global Child Forum (GCF) on Southeast Asia.

She said, “When I was flying home, there was a storm, and my only thought was ‘what is the boy doing now in his paper box?’

Her Majesty Queen Silvia of Sweden during an interview at the event.

“That was the moment that triggered me.”

Having travelled across the world for official duties alongside her husband, His Majesty King Carl XVI Gustaf, they have observed children living in all sorts of circumstances. 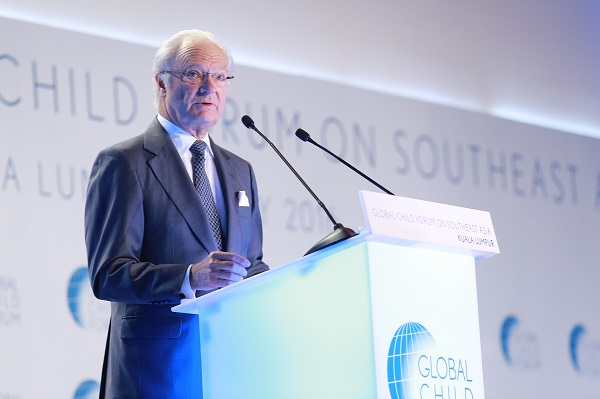 His Majesty King Carl XVI Gustaf giving the opening speech at the GCF on Southeast Asia event that took place quite recently.

“You see children who are vulnerable due to the situations they are in, such as the poverty of their parents, where they may be forced to work for instance,” she said.

Even though the parents of these children may not see it, they are essentially exploiting their own children for the sake of the family’s survival.

According to the UNHCR (United Nations High Commissioner for Refugees), exploitation refers to “the abuse of a child where some form of remuneration is involved or whereby the perpetrators benefit in some manner—monetarily, socially, politically, etc.” It is known as an act of violence and compulsion, which can affect a child’s physical, emotional, and mental health.

According to the Queen, children are exploited across all sectors and social levels. A good example of this is the tourism sector.

According to child rights organisation ECPAT UK, a new type of child prostitution which involves children “working independently away from indoor places” such as brothels, came about in Dominican Republic due to the rise in tourism as tourists were known to pay more compared to locals. What situations like these would do is leave the victims (i.e. the children) feeling harassed and shunned by society.

The Queen shared, “I’ve seen children working in sugar cane farms, which is dangerous. . .and I understand that they have to help their families. But, children have to be in a safe environment.

“They have to help with only issues that suit their age or within their capacity, and within a safe environment.”

After the King’s and Queen’s countless observations and experiences, they found that children were not really protected by the laws and felt that they wanted to do something meaningful and impactful to alleviate this issue, something that was more than just a piece of paper (i.e. an agreement).

“The Global Child Forum is an independent Royal Foundation with special focus on children’s rights and the business sector. Its vision is a world where children’s rights for future generations are respected and supported by all actors in society, and where the business and financial sector can have a special role to play.” —His Majesty King Carl XVI Gustaf

The Queen believes that it is her role and her husband’s to influence businesses, governments, academia and leaders of civil societies across the world about the importance of advancing children’s rights into businesses and to make them aware of their responsibilities toward making this a reality.

The King (centre) and Queen (right) of Sweden at the GCF on Southeast Asia event.

When asked about her visit to Malaysia, the Queen couldn’t help but express her delight when she heard that the Malaysian Parliament had just passed the amended Child Bill 2015, with one of the highlights being the participation and involvement of two under-18 children representatives, to give them a voice that can be heard.

As a fast developing nation, this is a good first step for Malaysia towards providing a platform to children to contribute their thoughts and ideas with regards to their rights. Hopefully, this move by the government will inspire leaders of businesses to integrate children’s rights into their company policies and practices.

Here, the Queen leaves you with two questions: What do you know about children’s rights? What is it to you?

Prethiba is a writer and content curator with Leaderonomics. She is passionate about impacting people through the written word. She believes that our lives are solely written by us, and thus the power to change for the better lies within us. To connect with her, email prethiba.esvary@leaderonomics.com.