Why Talk Up The Tech Revolution, When Asia’s Problems Are Largely Pre-industrial? 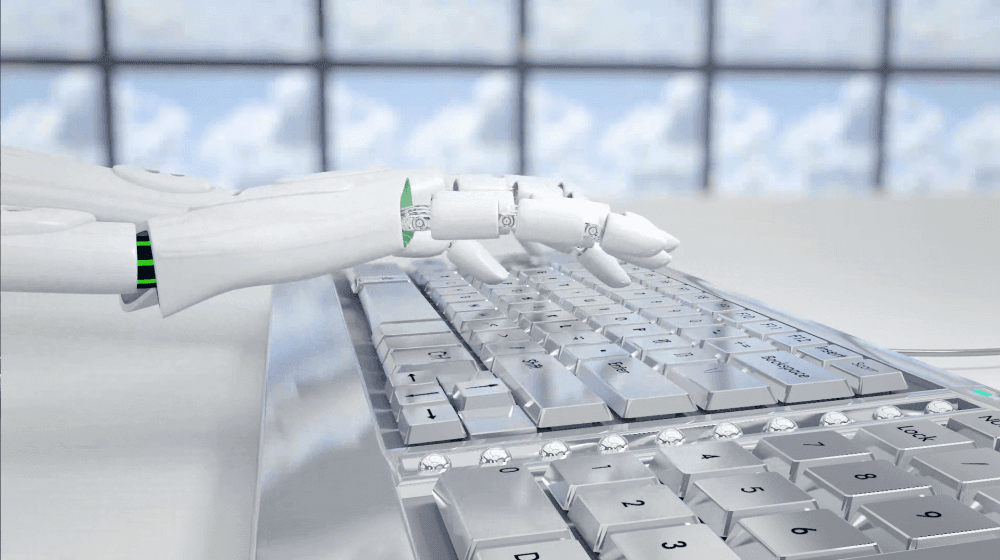 At a recent World Economic Forum in Kuala Lumpur, the opening panel was invited to debate one of the leitmotifs of our age – the way in which technology and digital disruption are reshaping destinies in the Southeast Asian region.

Guided by the anchor of a global media channel, the panelists dutifully paid homage to this new religion and its scriptures.

There were no questions about what the region’s biggest challenges are, how we got there in the first place, no questioning of the mindless activities that have sprung from the internet, no alternatives that did not involve “the cloud”.

The only worry about the future they discussed was the threat of cybercrime. They did not ask how many passwords are we going to need to protect our bank accounts and our data from the rewarding world of cybercrime, nor how children could be protected from the effects of on-demand pornography, nor who will buy the things made by robots when there are no more jobs to speak of.

It is time we pause and question this extraordinary bluff of tech disruptive progress in the developing world.

There has to be a reality check. Given that these gatherings prize the idea of disruption, here is one “disruptive” idea: perhaps we can host these forums in the rural hinterland of Southeast Asia – or perhaps even just an hour’s drive from the capital city.

There, one will quickly discover that the “Internet of Things” (IoT) and “fintech” (financial technology) mean little to people who lack economic opportunities, rudimentary legal protection, security, basic sanitation and public health services, proper access to education or ready shelter.

To those living in the air-conditioned bubbles of the world’s urban centres, it may seem like there really is a third or fourth industrial revolution that will help eradicate the world’s most chronic problems.

But it is certainly not the reality on the ground in most parts of the world. If vast swathes of our economies are plagued by pre-industrial problems, why are we pretending that a fourth industrial age is upon us?

After all, if we look at the major transnational issues in the 10-member Association of Southeast Asian Nations (Asean), we can see that they are pre-industrial or industrialising problems.

Take the yearly haze that blankets Singapore, Indonesia, Malaysia, and other countries, which is a strong contender for the biggest transnational problem faced by the region, yet rarely mentioned in discussions of Asean’s challenges and future.

2. Pirates of the South China Sea

Piracy in the South China Sea is another case where pre-industrial activity has re-emerged.

Overfishing fuelled by over-consumption and often enabled by technology has dramatically reduced fish stocks around the world, forcing fishing boats in Asean to go further and further out to make a decent living in what was only a generation ago some of the richest fisheries in the world.

For fisherman too poor to afford vessels large enough to make these long-range and lengthy voyages, their livelihood is gone. Some, facing this desperation, turn to piracy.

Then there is the spread of disease, spurred by explosive population growth and exacerbated by pre-industrial levels of sanitation in exploding urban centres and rural communities.

Poor sanitation can even be linked to the rise of drug-resistant illnesses: doctors overprescribe cheap antibiotics (often fake) in response to an infection, which encourages the development of “superbugs”, which now kill tens of thousands of newborns every year.

Returning to Asean, the dramatic spread of dengue fever should be a wake-up call. As early as October 2015, French scientists were arguing that the El Nino weather phenomenon was correlated with outbreaks of dengue fever, and that 2016’s El Nino would be the most intense in almost two decades.

Outbreak News Today has tallied over 230,000 cases of dengue fever in the first eight months of the year. There were 170,000 cases in the same period last year.

Many of technology’s defenders would argue that these inventions would do wonders for the developing world.

It is possible that robotics, artificial intelligence, and the like could have a great effect on how people live their lives in the developed world – though these effects will not necessarily be positive, as the debate over the hollowed-out middle class and the rise of menial labour shows.

But there is a pressing need to challenge the blind assertion that these advancements are not just appropriate, but a priority, for less developed countries, given their state of affairs. 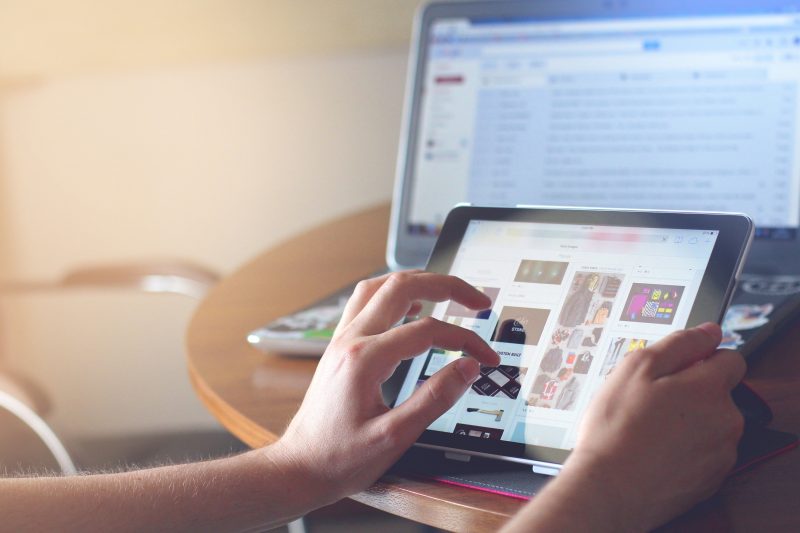 The American theorist and writer Langdon Winner came up with the term “mythinformation”, which he described as “the almost religious conviction that a widespread adoption of computers and communications systems, along with broad access to electronic information, will automatically produce a better world for humanity.”

Winner was writing in the late 1980s, but his observation seems just as true, if not more so, today.

From the discussions you often hear from tech enthusiasts, the “digital divide” between those who do and do not have ready access to computers and the internet is one of the most pressing problems in development today.

We should be cautious of those peddling a tech-enabled utopia for the following reasons.

First of all, many who support the greater use of technology often stand to benefit financially from improved access to the internet and digital technologies.

They sponsor the conferences, buy the ads and pay the experts, yet also want to be perceived as objective and qualified predictors of the future.

Second, they often lack experience with actual conditions on the ground in the world of the majority.

After all, how can some of these tech gurus even start questioning the value of IoT to the world’s majority when they have no idea what it means not to have access to a toilet?

What do drones delivering your shopping matter to someone who must work all day just to grow enough food for his or her family?

Those that push technological solutions often have a poor understanding of what the world’s majority actually needs and wants, and their solutions are too shallow to address the real issues faced by the world.

Finally, the fact of life that the application of technology will have positive and negative effects, is rarely, if ever, mentioned by those who push it as a solution for almost everything. Often, “disruption” is portrayed as a good thing in its own right, with little thought given to what is being “disrupted” – does it need to be – and those being disrupted.

Rise of the machines

After all, do we want robots working in the rice fields, harvesting crops and if so what happens to farmers?

Will 3D printing and on-demand e-commerce revolutionise manufacturing and retail?

What would that mean for the hundreds of millions of labourers who would be out of work or, perhaps, be forced to work menial and marginal jobs for lower wages?

If you raise these concerns at technology forums, you are often answered with an assertion that things will be fine, or a claim that ethics is not in their job description.

When Microsoft was asked about possible abuse of their facial recognition technology, the spokesperson replied that it was “a question for a futurist, not a technologist.”

Worst of all, it may be implied, by choosing to stand in the way of progress, you must be captive to vested interests. 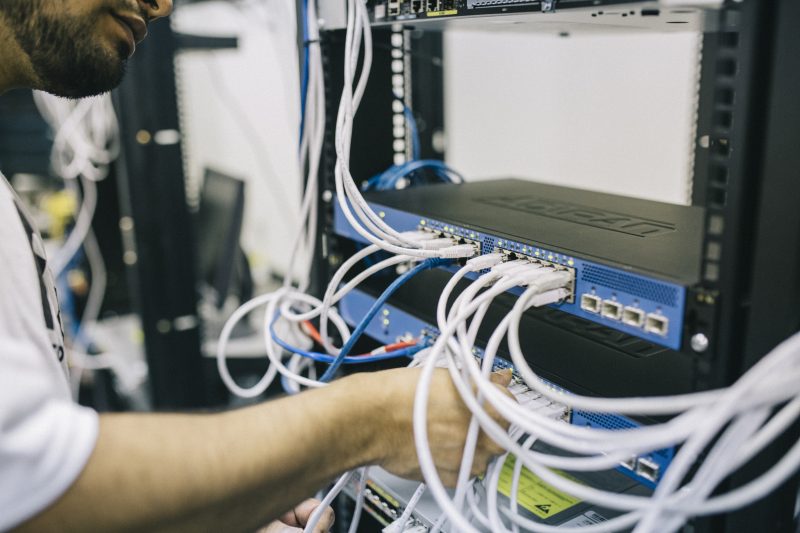 The upside of technology

The fact of the matter is that technology can certainly play a positive role towards solving issues of development and sustainability.

For example, we could use technology to pursue those involved in crimes against humanity through the destruction of nature.

It could be used to ensure that no more forests are cut, that all degraded land is identified, mapped and restored, and that consumers are informed when their purchasing decision are responsible for stripping the world’s most treasured and important ecosystems.

Technology can also be used to tag and trace all electronic components that, through a variety of measures including making producers responsible, can contribute to resolving the growing problem of electronic waste, which disproportionately affects the developing world.

But using technology in this way is not a topic for these forums. This would not be “business-as-usual”, but rather “business-in-reverse” – using technology to make economic activities, which heavily rely on cheap resources or which are free from the cost of the externalities they create, more accountable.

This version of disruption can go far beyond environmental discussions to many other spheres of economic and public policy, perhaps even in targeting much of the banditry that now passes for legitimate business, such as the global fisheries industry.

The reality check requires an honest admission that much of the world still lives in a pre-industrial state even if they have access to a smart device.

They have yet to secure access to their basic needs. We should be worrying about those problems, not the small number that would benefit from the development of “cyber-physical systems”.

Economists like Dani Rodrik are already talking about their concerns about “premature de-industrialisation”: where globalisation and “labour-saving technological progress” mean that countries are running out of development opportunities “sooner and at much lower levels of income.”

The writer is chief executive of the Global Institute For Tomorrow, a think-tank based in Hong Kong. He is also the author of Consumptionomics: Asia’s Role in Reshaping Capitalism and Saving the Planet. This article was originally published in The Financial Times. For more Hard Talk articles, click here. To bring Chandran into your organisation for a learning session or talk, email people@leaderonomics.com for more details. 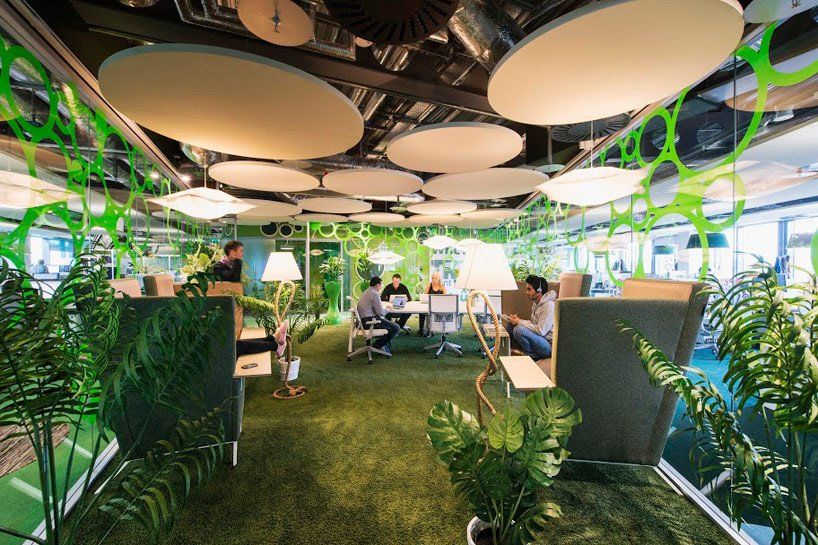 How to Build an Environment Where Teams Thrive and Talent Wins