Taking Your Brain For A Walk: The Secret To Delaying Dementia

Regular brisk walks can slow down the shrinking of the brain and the faltering mental skills that old age often brings, scientists say.

Studies on men and women aged 60 to 80 found that taking a short walk three times a week increased the size of brain regions linked to planning and memory over the course of a year.

The prefrontal cortex and hippocampus increased in size by only 2% or 3%, but that was enough to offset the steady shrinkage doctors expected to see over the same period.

“It may sound like a modest amount but that’s actually like reversing the age clock by about one to two years,” said Professor Kirk Erickson, a neuroscientist at the University of Pittsburgh.

“While the brain is shrinking, we actually saw not a levelling out but an increase in the size of these regions. It was better than before we started the study.”

People who took part in the study scored higher on spatial memory tests, and some reported feeling more mentally alert, according to Erickson. “They feel better, they feel as if the fog has lifted. Anecdotally, it seems to benefit these cognitive functions,” he said.

Erickson recruited more than 100 adults who confessed to doing little if any exercise in their daily lives. Half were randomly assigned to walk for 30 to 45 minutes three days a week. The rest spent a similar amount of time doing stretching exercises.

Medical scans showed minor increases in the two brain regions in both groups. But the effect was greater in the walkers, Erickson said at the annual meeting of the American Association for the Advancement of Science.

“With modest amounts of exercise, we were able to increase the size of these structures that typically deteriorate and precede the cognitive complaints that often come in late adulthood,” Erickson said.

“You don’t need highly vigorous physical activity to see these effects. People are misled to believe they need years of vigorous physical exercise. But it only needs to be moderate, and not even for that long.

“The results suggest that brain and cognitive function of the older adults remain plastic and highly malleable. There is not this inevitable decline that we used to think it was.”

Scientists are unsure what changes in the brain underpin the increases in size of the two regions, or how long the improvements last. Exercise is unlikely to stave off the brain’s decline for long, but it could delay the inevitable decline and slow the onset of

There is a desperate need for any approach that could slow the rising epidemic of dementia. An estimated 44.4 million people now have dementia worldwide, and that number is expected to reach 75.6 million in 2030, according to  figures from Alzheimer’s Disease International.

Erickson said: “The prefrontal cortex is involved in a lot of higher-level cognitive functions and the hippocampus is involved in memory formation. And when it shrinks, it leads to Alzheimer’s disease and dementias.

Ian Sample has been a science correspondent for the Guardian since 2003. Before that, he was a journalist at New Scientist and worked at the Institute of Physics as a journal editor. He has a PhD in biomedical materials from Queen Mary’s, University of London. Click here for more brain bulletins. 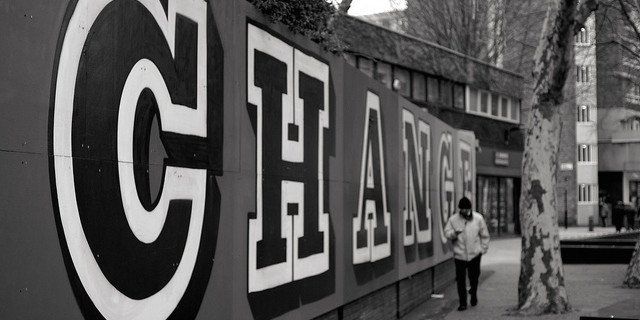