Are You Driven By Quick Gains Or Passion? 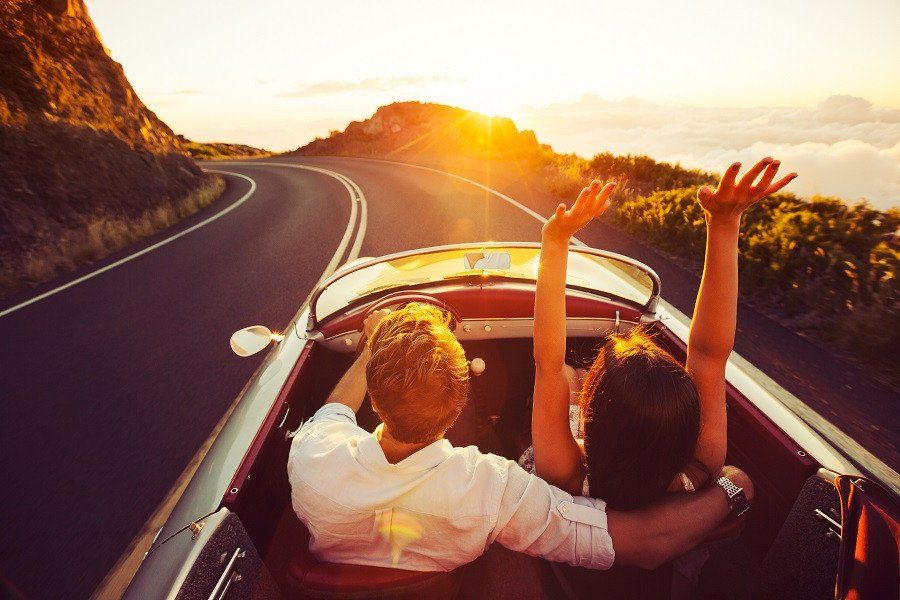 Does Passion Drive Your Business or Do Profits Excite You?

People don’t buy what you do; they buy why you do it. And what you do simply proves what you believe. - – Simon Sinek


It was during a trip to the United Kingdom that I spotted a man in heavy London traffic, sitting at the wheel of a gleaming red Ferrari. The car crawled just as slowly as the others, and the crowded road seemed to move just a few feet at a time. Although the Ferrari was nice to look at, it made the same progress as a Toyota or Vauxhall in traversing the city centre.

After a minute or so, another man (this time, riding a fold-up bicycle) caught my eye as he zipped passed the sleepy traffic, making his way effortlessly to wherever he was headed. The cyclist looked like a man on a mission – he was focused on nothing but the road ahead. That fleeting moment made me think about its meaning, and what it takes to be a successful entrepreneur.

Must Read This Too: To Succeed, You Need to Discover Your Passion

Don’t get me wrong: presumably, the man who sat behind the wheel of the Ferrari was successful and worked hard for everything he had achieved. And it’s perfectly fine to use personal ambition or material wealth as a motivator to achieve and thrive in whatever you do. This isn’t a judgement on how people choose to be inspired. But it did get me thinking about some of the young entrepreneurs I’ve spoken to over the years, some of whom – in conversation – had revealed to me that they wanted to create a business for the purpose of being seen as successful through the status and material wealth they might gain. “How can I become rich with this idea…?” they ask, before launching excitedly into some grand plan designed to transform their lives.

Without exception, I always encourage any young entrepreneur who might be fixated on financial gains to re-align their motivation. Is it possible to get rich off an idea? Of course. If it’s a great idea that’s planned and executed well, there’s no reason why it can’t make you money. But does having money as a motivator bring lasting success or fulfilment? The answer to that question is much less clear.

I can only speak from my own experience and say that, of all the successful entrepreneurs I’ve met and known, none of them worked for the primary goal of becoming rich or well-known. That’s not to say that they never thought of making money – of course they did – but every single one of them built their business or empire on one or two clear motivators: passion and purpose. In short, they absolutely love what they do, and saw how their passion could make a difference to their own lives, their families, friends, and beyond.

If you ask any successful entrepreneur about their story, there’s a good chance they’ll tell you why they do what they do more than they talk about what it is that they do. Why? Because that’s what drives them, and that’s what people buy into. Every time. 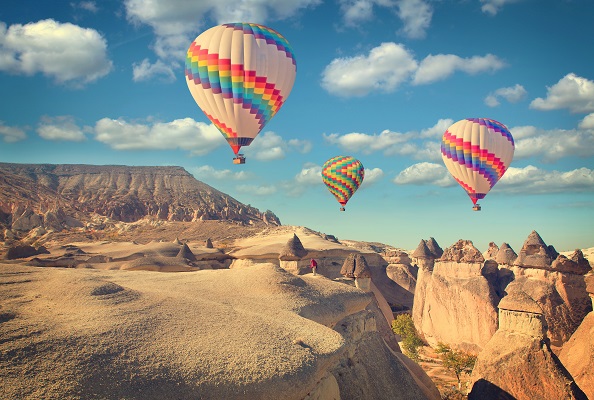 Read Also: What Could Happen If We Lived With Courage?

“Don’t set your goals by what other people deem important.” – Jaachynma N.E. Agu

Sometimes, the young entrepreneurs I meet will invite me to follow them on social media, and occasionally I’ll look through one or two to see what’s going on. In some cases (certainly not all), I see a familiar story: the pictures with the flashy watches, the shots of serious business being done on the laptop (the Apple logo in clear view…), the champagne bottles at parties, the sharp suits, the obligatory collective shot of a Starbucks coffee, car keys, phone, notebook and pen (#businessmeetings)… it all looks quite impressive. On social media, everything does.

I don’t mean to knock anyone who shows off their success, but what I do is; try to discourage, particularly in young people, the fantasy that being an entrepreneur is a life of smooth sailing peppered with Moët and Gucci comforts. Being an entrepreneur is hard work. It’s a slog. It’s downright painful at times, and it can feel like the hands on your watch spin three times faster than they should – the hours are never enough, even though you might work every day for 14 to 18 hours.

Years ago, I met an entrepreneur who involved himself in coaching start-ups as a means of paying forward all the help and support he received as he built his business. He told me, “For the first seven years, I didn’t take a day off. Not one.” I asked him what inspired that kind of dedication – what drove him to work so hard? His reply:

“I had friends who would work Monday to Friday, and then party on the weekends. That was great for them and if it made them happy, more power to them.

I was expected to go out, have fun, indulge and do everything else that people my age were doing. But I knew if I was to achieve the kind of success I wanted, I couldn’t follow what everyone else was doing. I knew it would take nothing less than pouring every ounce of my energy into what I was trying to build. So that’s what I did. And I loved every minute of it.”

One of the biggest traps for any entrepreneur to fall into is that, when they taste a little bit of success, they live like they’ve made it. Perhaps they’ve landed a contract that makes them US$60,000, and they proceed to indulge briefly in a lifestyle that sees them spending US$40,000. It’s as though their mind has told them that they’ve actually earned ten times more and so they should live like it and show everyone how successful they are.

Here’s a secret that many successful entrepreneurs deploy: while many people will earn US$10 and spend US$9, successful entrepreneurs will earn US$10 and live as though they’ve earned US$3. Where does the rest of the money go? The re-invest it: in themselves, or into building their business. They don’t think about what they have – they stay focused on where they’re going. No one else sets their standards, they set their own.

Be Driven by Passion

“Opportunities will come and go, but if you do nothing about them, so will you.” – Richie Norton

The man in the Ferrari made it home in the end to his nice home in the suburbs, where he had a wonderful dinner with his loving family and basked in his well-deserved success over a good glass of wine. As did the man in the fold-up bicycle. Or so I imagined their work day to end, anyway. Entrepreneurship isn’t about what you have – it’s always about what you do and why you do it. And your ‘why’ had better be something that comes from deep within, or else your successes are going to last only as long as your surface motivations.

However people define success for themselves, whenever they reach it, I couldn’t be happier for them. Whether they’re driven by purpose, money, status, meaning or personal ambition, success that’s earned through hard work and perseverance is something to be celebrated.But more often than not, when aspiring entrepreneurs pursue their dreams or an idea based on a superficial reason (i.e. their ‘why’ doesn’t come from their gut), they don’t have the stamina or the commitment to see an idea through.

They baulk at the idea of working 14 to 18 hours a day on their grand plan, and they don’t want to think about potential obstacles. The idea of re-investing hard-earned money doesn’t sound good, and there’s no enthusiasm for the notion that entrepreneurs have to bounce back on a regular basis from rejection and isolation – particularly in the early days.

If the hard realities of entrepreneurship are hard to stomach, it can be a living nightmare to pursue. But if you’re driven by a passion that serves a purpose and can help you to build a strong legacy, then the hard realities of entrepreneurship cease to be. Instead, they’re replaced by challenges that stretch you, obstacles that strengthen your resolve, and setbacks that teach you valuable lessons every time you decide to carry on pushing forward.

It gives you a reason to get up in the morning, and plants a vision in your head that compels you to become a better version of yourself, day after day after day.And there is nothing better than that in the world.

Leaders can use technology to fuel passion in your employees. Check this video below:

If your organisation is keen to find out more about Happily and how it can help drive passion in your employees, click here 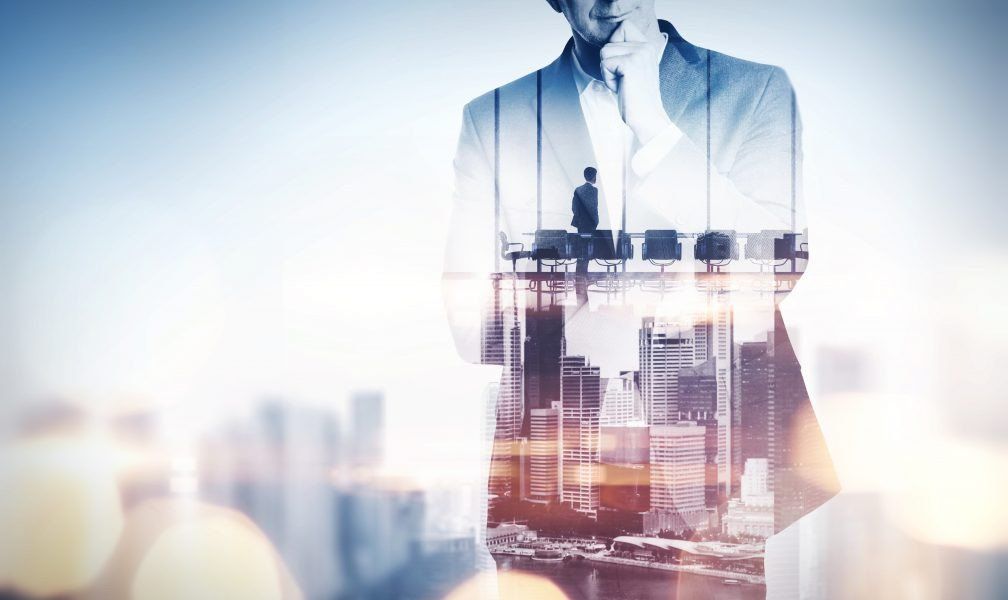 Where Will Your Business Be In 100 Years?