What It Means To Be Independent 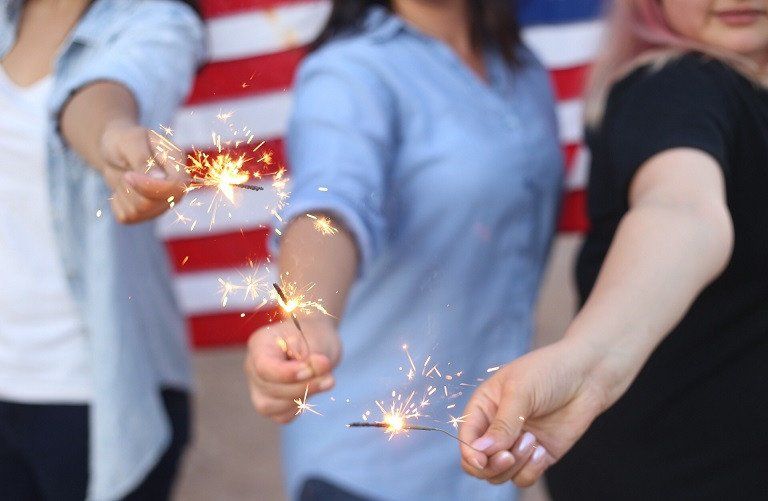 Young Malaysians share their thoughts, and who their role models are

The first inkling Malaysia had of independence was when the flag was raised on Aug 31, 1957. Our fathers, mothers, grandfathers and grandmothers stood in silence for two minutes in the dark, as the British handed Malaya over to the people and their prime minister, Tunku Abdul Rahman.

Tunku had a vision for Malaysia in the wake of our independence. Every country wants to be able to stand on its own two feet. For Malaysians, the first step was to create our own identity.

Our Menara KL and the Petronas Twin Towers are examples of how high we have soared since we took hold of our country.

In conjunction with the upcoming Hari Kemerdekaan, we caught up with young Malaysians studying abroad, to find out their thoughts on independence, leadership, ambition, and role models.

Here are some of the stories they shared.

What does independence mean to you?
Independence is the ability to take action and make decisions on your own, knowing full well that you could rely on others, but having the courage to take a step forward on your own terms.

Who inspires you to take that extra step forward?
My mother. She is the strongest woman I have ever known. She has faced all kinds of struggles throughout her life, yet she meets every challenge thrown her way with grace, strength, and an undeniable sense of faith that everything eventually works out the way it is meant to.

Through her admirable sense of independence and self-reliant nature, I have learnt that it is normal to be scared to do new things, but you should always try.

What have you achieved through your experiences of being independent?
Studying abroad has probably been the biggest act of independence I have ever taken. To be honest, moving an ocean away from everyone and everything you know can be daunting.

But whilst studying abroad and breaking away from the familiar, I ended up discovering and learning new skills. I ended up being able to take care of myself without completely relying on the help of others.

Most important, I discovered myself in unexpected ways. With independence, comes the discovery that you are way more capable than you might initially think – so take that step forward!

Independence means different things in different stages of one’s life. When we’re students studying abroad, we have to learn how to do things on our own. We should be confident in ourselves, but also be able to find the right people to collaborate with.

Who inspires you to take that extra step forward?
My parents. They give me the freedom to try new things, and they don’t restrict me by having rigid expectations of what I’m supposed to do or who I’m supposed to become. They allow me to do what I want (in a sensible way!) and encourage me to explore my options.

Despite my freedom, I know that I always have a home here to go back to, to find comfort or to get advice.

What have you achieved through your experiences of independence?
To me, it’s really important to get to know different people from different backgrounds.

Through my leadership roles – such as co-leading an acapella group at university and working on a social entrepreneurship project – I’ve been able to meet many people from all over the world.

I’ve learnt to truly listen to them, which I really appreciate, because everyone has their own stories to tell and you can learn a lot from each of them.

In my opinion, leadership is about helping yourself and others work towards common goals.

What does independence mean to you?
Independence to me is about more than self-reliance. It’s about having the wisdom to know when to ask for help.

How do you think Malaysia can benefit from a more independent generation?
A generation of self-reliant Malaysians who are not blinded by their pride will ensure that our country is always moving forward. Malaysia needs people who are confident in their own abilities but are not afraid to admit their shortcomings.

To many of us, independence is all about being able to lead yourself.

To me, it’s also about leading and taking care of others.

My grandmother is past her 80s now. I am her fourth grandchild. When I was much younger, I’d hide behind her when I was in trouble with my mum, and watch Cantonese dramas with her in the evenings. When I was growing up, she was one of my main protectors.

When my grandmother was still in primary school, World War II broke out. She left school, unable to continue due to the dangers held by the Japanese occupation.

Without an education, she ended up working in a factory to make ends meet, where she eventually met my grandfather and, after marriage, raised six children.

Nowadays, in her older age, she still looks out for all her surviving children, their spouses and all her grandchildren.

She doesn’t say much, but when she does, it’s to remind us to be safe, to encourage us to keep learning to do things for ourselves, to be careful with our money (I get reprimanded about this a lot!), to have ambition, and to have the independence to carve out our own path in life.

I hope that one day I’ll be able tell my children, and their children, the same thing.

If every Malaysian is able to lead one another and synergise our best qualities, then our country will have the sense of direction we need to thrive and grow.

Arielle is still figuring out how to be truly independent as a ‘young adult’. She has high hopes for Malaysia’s Gen Y and Z, and is excited for the future! Do you have any thoughts to share? Write to us at editor@leaderonomics.com. For more Thought Of The Week articles, click here.