18 Leadership Lessons And Quotes From Rogue One: A Star Wars Story 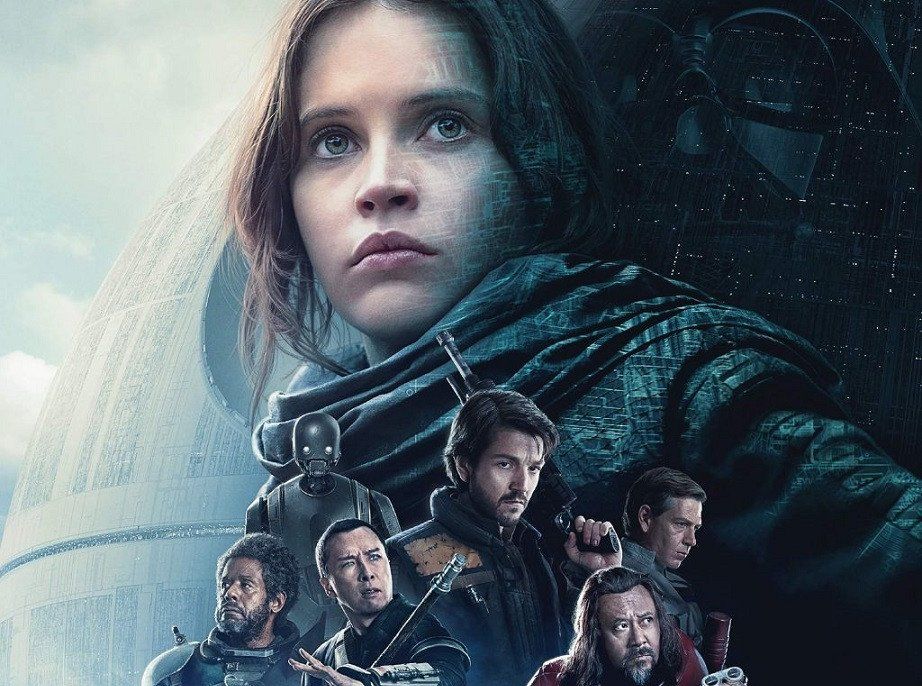 With Disney’s USD4bil acquisition of the Star Wars license in October 2012, a lot of things have changed. One of those changes is that new movies based in the Star Wars universe are rolling out on a regular basis.

Friday, Dec 16, 2016 saw the release of Rogue One: A Star Wars Story in theaters across the United States [released in Malaysia on Dec 15].

Rogue One introduced us to Jyn Erso, Cassian Andor, K-2SO, Baze Malbus, Saw Gerrera, Chirrut Îmwe, and more. Each character played a pivotal role in the attack on the Death Star. We were also introduced to a backstory that had never been told, i.e. how the Rebels infiltrated the Empire and stole the Death Star schematics.

CAUTION: Rogue One spoilers ahead!

A lot of leaders struggle with implementing change. This resistance to change could be due to their desire of wanting to be liked, of wanting to avoid failure, or because they feel change is bad.

While many movie-goers had enjoyed the crawl text in previous movies, a change was made. Why? Because Rogue One was not a saga film but a side film to the series.

Don’t be afraid to make a change. Organisations need to grow and evolve as they age. Keep the change coming.

Jyn Erso, played by Felicity Jones, was a young girl at the beginning of Rogue One. Her family had left the employ of the Empire and wanted to live peacefully.

Yet, they knew they had to be watchful as the Empire could try to call upon her father Galen Erso (played by Mads Mikkelsen) once more. They had video surveillance in place. They also had places where they could run and hide if the Empire returned.

That day came. Because of their vigilance, Galen and his wife Lyra Erso were able to get Jyn to a safe hiding spot.

Are you staying vigilant in your business? Doing so looks different from what Galen and Lyra had to do.

Being vigilant in business means knowing what your competitors are up to, how the business landscape is changing, and more.

“Whatever I do, I do to protect you.” – Galen Erso

Galen had to make a choice. Does he step up and protect his family or does he let his family be slaughtered?

He had a tough choice before him. He made the choice to go with the Empire in order to save his daughter.

Many times, leaders will be called upon to make tough choices. Be ready to choose.

Galen realised there was something wrong with the Empire. The leaders led with fear and power. This led to terror that was confused with peace.

You get to choose how you lead. Will you lead in justice, which will garner the respect of your team, or will you lead with a heavy hand that causes others to fear you?

As we re-entered the world of Star Wars in Rogue One, we saw planets we’d never seen before. The film helped us in briefly displaying the name of the planets as they appeared on screen. This helped audience know where they were in the universe. It helped guide them as the movie progressed.

Are you giving your people enough direction? Do you let them know where they are and where the organisation is going? Leaders give a helping hand in guiding their team with vision. Don’t let your team down.

This might interest you: Star Wars: The 4 Galactic Constraints Of The Empire

“It’s a chance for you to make a clean start.” – Mon Mothma

Mon Mothma is one of the founders of the Galactic Republic. When we see her in Rogue One, she tells Jyn she has a chance. A chance to make a clean start. I loved this. Mon Mothma gave a criminal a second chance to start over and do something right.

Isn’t that what great leaders do? They see the potential in people and draw it out of them, even if they’ve failed before.

Help those you lead see their potential. If they’ve messed up in the past, be willing to give a second chance for redemption.

7. Not all orders need to be followed

Jyn teamed up with the Rebellion to help rescue her father, or so she was led to believe. The truth was they were sent to kill her father.

Cassian Andor, played by Diego Luna, was given the orders to kill Galen. He had the choice whether or not to follow through with the order. In the end, he realised killing Galen wasn’t right. 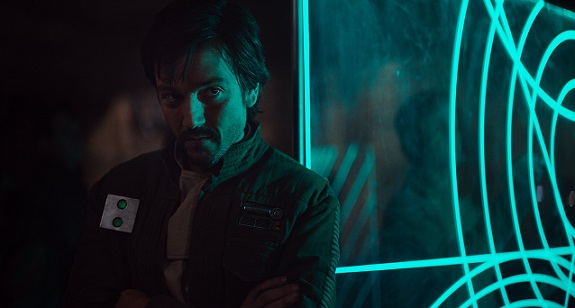 In real life, you’re bound to make bad calls. You’re going to tell someone to do something that shouldn’t be done. They may stand up to you and refuse to follow the order.

Don’t be angry at their response. Listen to them instead and hear them out. See from their perspectives why your instructions weren’t followed. Who knows? You might have avoided a grave error by having someone stand up to you.

9. Hope carries us through

And so are great organisations. Organisations that instill hope in their team members go further than those that don’t.

10. When people lack purpose, they get into trouble

In Jedha City, there was a Jedi temple that had been destroyed. Chirrut Îmwe and Baze Malbus were two of the temple guards who were now without a purpose. Until Jyn’s arrival, Chirrut and Baze loitered around the city and caused trouble. They had no purpose. And it showed.

When we fail to give purpose to those we lead, trouble follows. They will look for things to do, whether they are good things, or bad. So, give your team a purpose!

11. Great leaders put themselves in the face of danger

After the Rebels attacked the Empire forces on Jedha, mayhem broke out. Blaster fire was going everywhere, people were being attacked, and the tanks began to roll out.

As one such tank was rolling forward, a young girl stood frozen in front of the tank. Jyn made a decision that put herself in danger. She jumped in to rescue the young girl.

There will be times when you’re going to place yourself in uncomfortable positions. The choice is up to you to take the risk.

12. A handicap doesn’t disqualify you from leading

My favourite new character in Rogue One had to be the blind monk Chirrut Îmwe. He didn’t let his handicap hold him back from serving and protecting the ones he was called to serve.

Are you letting a handicap hold you back? You don’t need to. You can lead even if you have a handicap.

“There is more than one sort of prison.” – Chirrut Îmwe

Yes, there are the physical prisons with bars and cold, cement walls. But there are other kinds of prisons as well. We can create mental prisons that hold us back. We tell ourselves that we’re not good enough or that we’ll never succeed.

Open the doors to your own prison and walk out as a free person.

“You cannot give up the cause.” – Saw Gerrera

Forest Whitaker made his Star Wars debut as the character Saw Gerrera. He’s the man who had found Jyn as a child after her mother was killed and her father was taken by the Empire. He gave a wise word of wisdom: You cannot give up the cause.

When you know what is right and what you are fighting for, you cannot give up on that vision. You have to continue to fight for what is right.

The Death Star had a small flaw that was purposefully built into its designs. It was all that was needed for a ragtag bunch of rebels to bring down a massive weapon.

In an article, I shared how we can deal with success as leaders. As we get closer to success, our flaws tend to become a larger liability.

Our pride and smugness open up ways for us to fall. Watch the small moral failures as they open up the possibility of a major failure.

Galen Erso was the engineer behind the design flaw in the Death Star. He also sent word that there was a flaw to the Rebel Alliance. When he was found out, he had a choice: Deny or accept responsibility. He made the leadership choice to accept responsibility for his actions.

That’s what great leaders do. They step up and say, “Yes, I did that. I accept full responsibility.”

“Be careful not to choke on your aspirations.” – Darth Vader

While Darth Vader may not be the man you’d normally take leadership wisdom from, I believe this one-liner was a great piece of advice for leaders to follow.

Director Orson Krennic had the desire to rise in the ranks of leadership. Vader was quick to cut him down and tell him the truth.

18. There are people who believe in you

The Rebel Alliance had turned down the plans to go and retrieve the Death Star. Jyn and Cassian felt defeated. No one believed in them. Or so they thought. When they exited the council chambers, they had a rebel force waiting to go into battle with them. They had believers.

Your ideas may get shot down. You may feel no one is behind you. You’ll probably be surprised to find out that the people you’ve had a large impact on actually have your back.

If you enjoyed previous Star War movies, especially The Force Awakens, you’re in for a treat. Rogue One delivers on all fronts.

Joseph Lalonde helped lead the youth for over 15 years. He has a passion to raise young leaders and has a free eBook to help you lead better. You can follow him on Twitter @JosephLalonde or Facebook. To connect with him, email us at editor@leaderonomics.com. For more Movie Wisdom articles, click here. 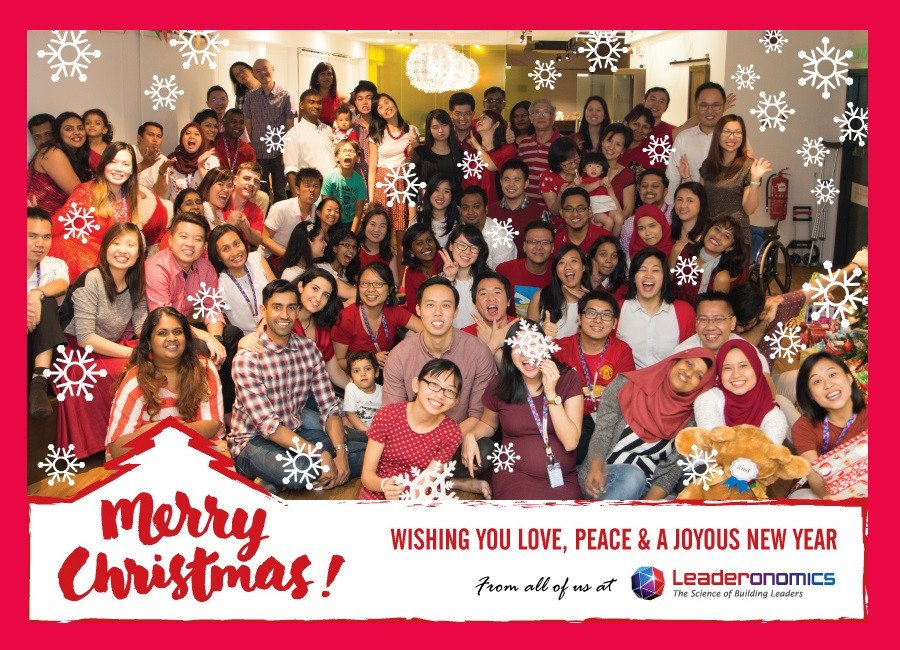