Leading From The Back, Making An Impact

Are You Leading from the Back?

If Yoda was such a wise guy, why couldn’t he defeat The Emperor? Why was Gandalf not the one who destroyed the One Ring, but he left it to a small hobbit called Frodo? If Nick Fury was such a great S.H.I.E.L.D agent, why was he not on the ground during the Battle of New York but “hiding” on the Helicarrier? Today we look at “leading from the back”.

Our conventional idea of leadership is someone in the front barking instructions and pulling the rest of the group with him. Leading from the back is akin to whispering choice words of wisdom into the ears of one or two “change makers”, and allowing them to set out and do the thrilling heroics to get the job done. To illustrate this, let’s take a look at how this principle has been portrayed on film.

Let’s start with the granddaddy of modern sci-fi blockbusters – Star Wars. By the time of the events of The Empire Strikes Back, Darth Vader is rampaging through the galaxy hunting down the Rebel Alliance. Only two good Jedis are left in the universe – Yoda and Luke. During a pivotal point of the film, it is discovered that Darth Vader is holding Luke’s best friends hostage. What happens next? Does Yoda jump into Luke’s X Wing to go along for the ride to help save them?

Or does he say “Stay back Luke, you’re not a Jedi Knight yet, I’ll handle this”? Neither – he advises young Luke to stay and train. Luke disobeys and runs off only to get his arm chopped off by Darth Vader and became the one needing saving by his friends. In Lord of the Rings, Gandalf is the only Fellowship of the Ring team member who knows the true power and capabilities of the One Ring.

It’s arguable that with his wizardry skills he is also the most powerful member of the fellowship. Yet his most important contribution to the group was convincing the Council of Elrond and Frodo that the Ring was a threat to the safety of the entire world, and worth sacrificing one’s life for. Frodo in the end is the one who rids Middle Earth of the Ring by throwing it into the heart of a volcano, after surmounting great hardships along the way.

In The Avengers, Nick Fury is the most experienced warrior alive (having been in action since World War Two). Yet his most important part in saving the world was gathering the Avengers and inspiring them to work together to fight a common threat.

In these three examples, Yoda, Gandalf and Nick Fury are archetypes or symbols of the commonly seen ‘wise old men’ character that appears in tales and legends. An early example is Merlin, the wizard in the legends of King Arthur. Like his modern counterparts, Merlin was known not for being the main driver of events but being the advisor and tutor to the hero, King Arthur. As per Wikipedia, the “wise old man” is known for being a “profound philosopher distinguished for wisdom and sound judgment”.

Their role is to firstly impart to the hero what needs to be done to right a wrong or save the day, and secondly to inspire the hero(es) to action. So Yoda shows Luke the way of a Jedi and gives him wise counsel, Gandalf galvanises Frodo to risk life and limb (and finger) in the interest of good, Nick Fury rallies the Avengers to put aside their differences and work together to save the world.

These “wise old men” lead from the back, inspiring the course of events rather than actually engaging in them. But wait, does this happen in the real world? Do we need “wise old men” and should we consider being “wise old men” ourselves? There are a number of compelling reasons to do so, with a few listed below:

1 For some of us, it is past our time and season to be the active participant

Every job has a shelf life. Presidents, CEOs, directors or managers, even parents – they know that sooner or later, age catches up, and the people you lead should be stepping up to take the challenge. 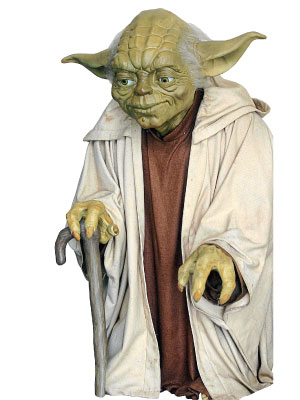 2 We can’t do everything

Carrying the weight of the world on your shoulders? Ever thought it may be selfish of you to do so, especially if the world comes crashing down because of you? We can and should share the load if it helps strengthen the shoulders of others.

Taking up all the space in the frontlines? The next generation can only rise up and reach their full potential if we kindly step out of the way and stop trying to do everything on their behalf.

4 The next generation taking over could use some help

Rather than letting them do the same mistakes that we have done, why not help them learn from our painful experiences so they can avoid time wasting pitfalls?   But how do we do this in a practical way? How can one remain “out of the main picture” but influence what happens and the end results?

1 Firstly though… are we qualified? The qualifying statement – some people should NOT try to be “old wise men” unless they get the life experience to back it up! Else we could be giving the nice sounding but wrong advice to others. Our three examples of Yoda, Gandalf and Nick Fury represent people who have done the leg work before, and have been on the frontlines. The world has enough armchair warriors and theoretical assumptions already.

2 Listen Before beginning, we must know if our wise words are applicable to our chosen hero’s situation. Listening to them attentively helps us to help them diagnose the problem. Sometimes just being a listening ear for people to bounce off ideas is already a good way to help them find their way.

3 Start small Leading from the back involves planting small seed ideas into the minds of others. A word of encouragement, a helpful observation, a gentle tip on how things can be approached – these are small things that can help someone get through a difficult period or correct their way of thinking. Remember, Obi Wan spent less than a week with Luke Skywalker – look at the results!

4 Timing Sometimes the “Chosen One” is not ready for advice yet. Cue the old proverb “When the student is ready, the teacher appears”. The aforementioned example from The Empire Strikes Back is a famous example – Yoda may have been a Jedi Master giving Jedi Master level advice, but Luke was listening with all the maturity of an adolescent. Recognise some people are just not prepared to receive counsel, as good as it may be, and allow life and the school of hard knocks to do the teaching instead.

5 Nudge nudge Accept that we can only nudge or point someone towards the right direction, but we cannot force or coerce them there. Doing so would make it our mission and cause but not theirs. This can be scary. In the above examples, after the advice is given and the hero runs off, the adviser has no idea what will happen next. Gandalf didn’t see Frodo next until after the Ring was destroyed, Yoda passed away after his last piece of advice, and Nick Fury could only watch from the Helicarrier as the Avengers battled the Chitauri.

Could the hero(es) have failed in their mission? Could the world have ended? Theoretically, yes. However, for them to continue with passion when the going gets tough or when we are gone, they need to be convinced in their own hearts that what they are doing is worth fighting for. Every day, wherever we are, we can provide a listening ear or words of advice that may help galvanise the next world changer. Who can you inspire in their life adventure today? 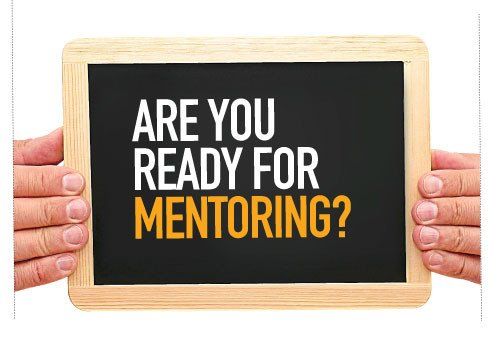 Are You Ready For Mentoring?

Hsien Piao Khoo
Khoo Hsien Piao is the CEO and leader at Suka Chemicals. Previously, he was the head of media at Leaderonomics and had a career in finance and accounting before migrating to movie making.