Leadership Can Be Learned Even From Movies

Conflict is the currency of leadership, according to lessons from Independence Day: Resurgence

You might have seen this poster and felt xenophobic. You might even have developed an extreme dislike for strange invaders who take over ownership of Petronas Twin Towers.

Why can’t they just take pictures and stay away from the fountain area? shriek the little voice in your head. But no, the towers must be targeted and covered in aliens.

But not to worry. Despite a clever promotional attempt to show a destroyed KLCC (Kuala Lumpur City Centre), most of the actual destruction in the movie Independence Day: Resurgence does not take place here.

Real destruction takes place in concrete bunkers and sterile labs where wrong decisions are made by people in the right positions. Scientists, military experts and world leaders hunker down in underground shelters and have meetings to decide how people should live or die.

Forget the aliens and the landmarks, watch what happens to this band of humans when crises strike and resources are critically low. This is where true leadership should emerge – through the principles of personal effectiveness – but does not.

Here’s a couple of things they should have done.

1. Look for strength in collaboration

Massive improvements were made in Earth’s defense after the first attack, as the population recovered and rebuilt their cities. Twenty years of preparing had done no good. As team scientist Levinson points out: “I have had years to get us ready. We never had a chance.”

All that time spent shoring up defense and working on man-made weaponry meant that leaders were thinking inwards. Focusing on internal capabilities and forgetting to collaborate with outside forces also meant that these humans deprived themselves of very advanced technology that was only available outside their ecosystem.

There were allies that eventually showed up – arriving from an interstitial planetary system – that helped turn the tide against the invaders.

Often, people will reject advice and refuse help simply because it does not come from familiar sources. Learning to be humble teaches us to accept that there could be a better way to do things than the way we’ve always done it. Having a close-minded approach eventually spells doom. Collaborative partnerships help make everyone stronger.

Too much risk is seldom good – but nothing really innovatively great is ever accomplished without some degree of risk, often quite a bit.

The movie plot features two fighter pilots who are like chalk and cheese. The friction between the two men is further exacerbated by their different levels of risk tolerance.

Jake (played by Liam Hemsworth) is a hotshot pilot who flies by the seat of his pants while Dylan (Jessie T. Usher) makes it to squadron leader by not breaking any rules. 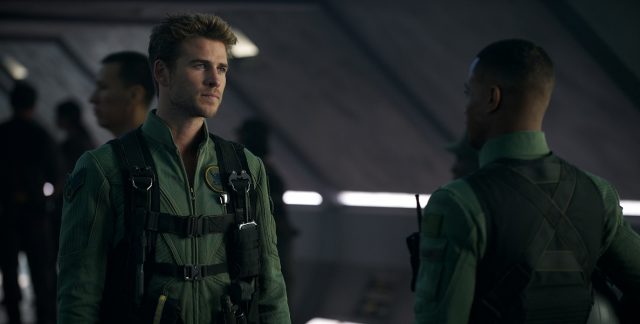 The contrast between goody-goody and trouble-maker is something we’ve seen before. However, magic happens when they’re put in a team and forced to fly together. Two extremes equals a balancing of averages. They do incredible manoeuvres against these ridiculous insect aliens and breach the mothership by adjusting priorities and learning how to take risks, albeit acceptable ones.

3. Stay on track under pressure

Fear failure too much and you’ll have a hard time getting past breakfast, seems to be the message here. The movie starts to get interesting when an unlikely hero shows up in the guise of an Ubuntu warrior from the African savannahs.

He arrives to show us that there is more to fighting than green lasers and missile blasts. His style? Hand-to-hand combat. He’s found out a way to penetrate the alien’s thick exoskeletal armour and strike their weak spot.

Yet although this information – this Ubuntu technique – is shared with other Independence fighters on the ground no one can execute it as finely or as continuously. The reason: only the African warrior keeps his cool under pressure.

Having the knowledge to execute is not the same as having the nerve. We can see here that face-to-face encounters are scary and debilitating. What leaders can do is expect to encounter such situations and stay calm and resourceful.

Independence Day: Resurgence is a sequel offering by director Roland Emmerich with a lot of high-tech annihilation. Every city that gets sucked up into the air is an example of a mismanaged conflict.

The alien ruler does not face the same disadvantages of the human leaders. She owns a hive, and as queen bee does all the decision-making by herself.

Yet, in the final moments we can see that solo leadership does not work. As the humans learn to take ownership of their destinies, and do away with their crude methods of self-preservation, we notice that more ideas do not cancel each other out. Instead they build a raft of survival that only gets stronger when it’s spread out and not piled on. 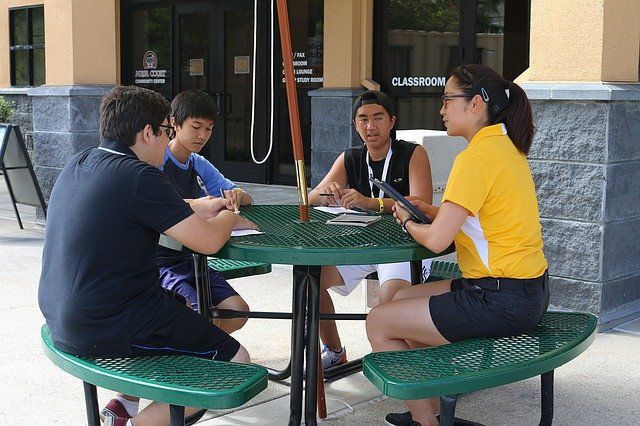 5 Things You Should Do During College

Nina Ti
Nina Ti is part of the team that manages social media and distribution of digital content for Leaderonomics. She writes on HR and management topics. All views and opinions expressed here are her own.