Leadership Lessons from the Inventor of the World Wide Web 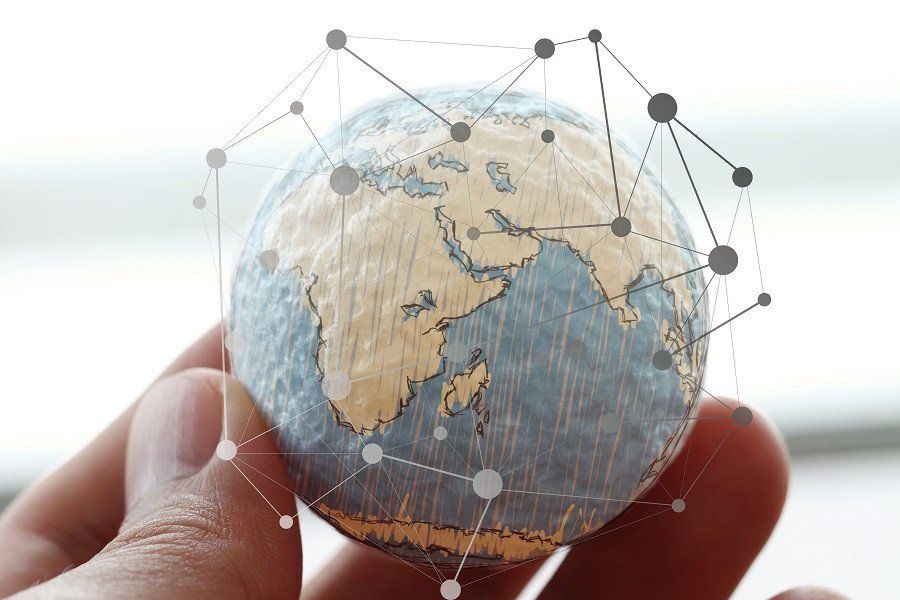 “The fact that we’re all connected, the fact that we’ve got this information space – does change the parameters. It changes the way people live and work. It changes things for good and for bad. But I think, in general, it’s clear that most bad things come from misunderstanding, and communication is generally the way to resolve misunderstandings – and the Web’s a form of communications – so it generally should be good.” – Tim Berners-Lee

The English computer scientist and maverick mathematician Alan Turing once said, “Those who can imagine anything, can create the impossible.” Turing – who was central to breaking the complex Enigma code machine used by the Germans during the Second World War – conceptualised “a single machine which can be turned to any well-defined task by being supplied with the appropriate programme”.

His work in computer science and mathematics laid the groundwork for the devices we now take for granted, such as our laptops and smartphones.

Through his imagination, Turing helped “create the impossible” and later, another scientist would build on Turing’s groundwork and create something that would truly change the world.

In 1955 – the year after Turing’s death – Tim Berners-Lee was born in London to Conway Berners-Lee and Mary Lee Woods, who both worked on the first commercial computer in the 1950s.

As a student, Berners-Lee attended Oxford University where he obtained a first-class degree in physics. In 1980, he was employed as an independent contractor at CERN – the European Organisation for Nuclear Research – in Switzerland, and it was here that his work would give birth to the World Wide Web and the Internet.

In 1989, Berners-Lee spotted an opportunity to expand on CERN’s existing internet system and make it easier for information to be shared across a much wider area.

On the Internet’s creation he said, “Creating the web was really an act of desperation, because the situation without it was very difficult when I was working at CERN later.

“Most of the technology involved in the web, like the hypertext, like the internet, multifont text objects, had all been designed already. I just had to put them together.”

His rather humble explanation of proposing and building an information management system on Mar 12, 1989, and then of implementing the first successful communication between a server and a hypertext transfer protocol (HTTP) client via the Internet a few months later, summarises this amazing human being.

Read: Envisioning the Dynamic between Humans and AI in 2030

In a remarkable demonstration of altruistic leadership, Berners-Lee started the World Wide Web Consortium (W3C). The consortium comprises organisations and other members who work on recommendations and standards to improve the Internet.

Ultimately, the inventor of the World Wide Web allowed his idea to be utilised for free, with the W3C basing its standards on royalty-free technology so that it could be used by anyone.

This was a remarkable act of selflessness for two reasons: firstly, many people are unaware of the name Tim Berners-Lee, even though almost half the world’s population (3.2 billion people) connect to the Internet every day.

How many of us could say that we would forfeit the obvious fame that would’ve come if we’d created the Web and pursued our own interests?

Secondly, although his current estimated worth is over USD50mil, had Berners-Lee pursued the path of self-interest and retained control of the World Wide Web, he would certainly have been a multi-billionaire by now. He would also have stood a good chance of becoming a trillionaire, as well as one of the world’s most powerful people.

While many leaders often talk about benefitting the world and giving to society, there’s perhaps been no more generous offering in recent history than what Berners-Lee has given to us.

Rather than bring driven by self-interest, the inventor of the Web has insisted that his focus wasn’t on seeking fame or fortune – even the creation of the Web itself wasn’t the main driver.

As Berners-Lee puts it, “The most exciting thing was not the technology but the community and spirit of people getting together.” Such a vision has brought an untold amount of benefit to the world, and it just goes to show how a relatively simple idea (figuring out a way to improve shared communication) can develop into a genuine game-changer for billions of people.

So, what are some quick lessons of leadership we can learn from this great man?

Berners-Lee reminded me that leadership is service. Leaders are here not to be served but to serve. He gave everything he had – his fame and potential billions or trillions – to ensure humanity had a way to communicate better with each other.

How about us? Are we leading through service? Are we giving the best of what we are and do so that others can benefit and gain? Mother Teresa, Mahatma Gandhi, Nelson Mandela and numerous others gave the best of their lives in service of others. Shouldn’t we do the same?

2. Fame or money should never drive us – our vision should

With Berners-Lee, he could have opted to pursue fame or fortune, but he never did. His vision of a better world drove his actions to ensure the World Wide Web was free for everyone to access.

When we are motivated by wealth, fame or other external stimuli, there is a high chance of making leadership choices that benefit only ourselves. Keep our focus on our vision and make sure the vision involves helping others.

Many leaders forget that being a leader is painful and humbling. We lead to serve. We lead not for ourselves but to help others. We lead and fall, and take responsibility for issues and mistakes. A leader needs to humble him or herself constantly.

One of the most important lessons I have learnt from great leaders is that they are constantly giving. They give their time to impart insights they have accumulated over the years. They give us their passion which inspires us. They give of their lives to make a difference in the world. Giving is a key element that we all should embrace. Keep giving!

Through his leadership and his generosity, Berners-Lee’s creation has opened the world to us all, making it possible to do almost anything online, from browsing information and news to running a full-fledged business from the comfort of our own homes.

His act of humility and service was caught by Queen Elizabeth II who knighted him in 2004 for his pioneering work in giving us the Web. He was also named by Time Magazine as the 100 Most Important People of the 20th Century (and I bet many of us didn’t know him or his name before this article!)

Thanks to a man whom most people have never heard of, countless lives have been enriched and empowered – all due to one of history’s most significant inventions being given freely to everyone to use as they wish.

There’s no greater example of giving than the one set by Berners-Lee, and it’s one that invites leaders to reflect on how much we give back to society.

After all, when we give back, everyone benefits as communities and societies become stronger and more stable, resulting in higher standards of living and opportunity for everyone – not least of all the most vulnerable among us.

The parents of Sir Tim Berners-Lee worked on the first commercially-built, general-purpose computer, the Ferranti Mark 1, which was first used in Feb 1951 at the University of Manchester.

Why is this interesting? A lot of our research in Science of Building Leaders have uncovered the importance of parenting and character (which is primarily driven by parents and teachers in a child’s formative years).

Tim’s parents had a strong influence on his character and interest in technology which drove him to do what he did years later. Read more of the Science of Building Leaders here. 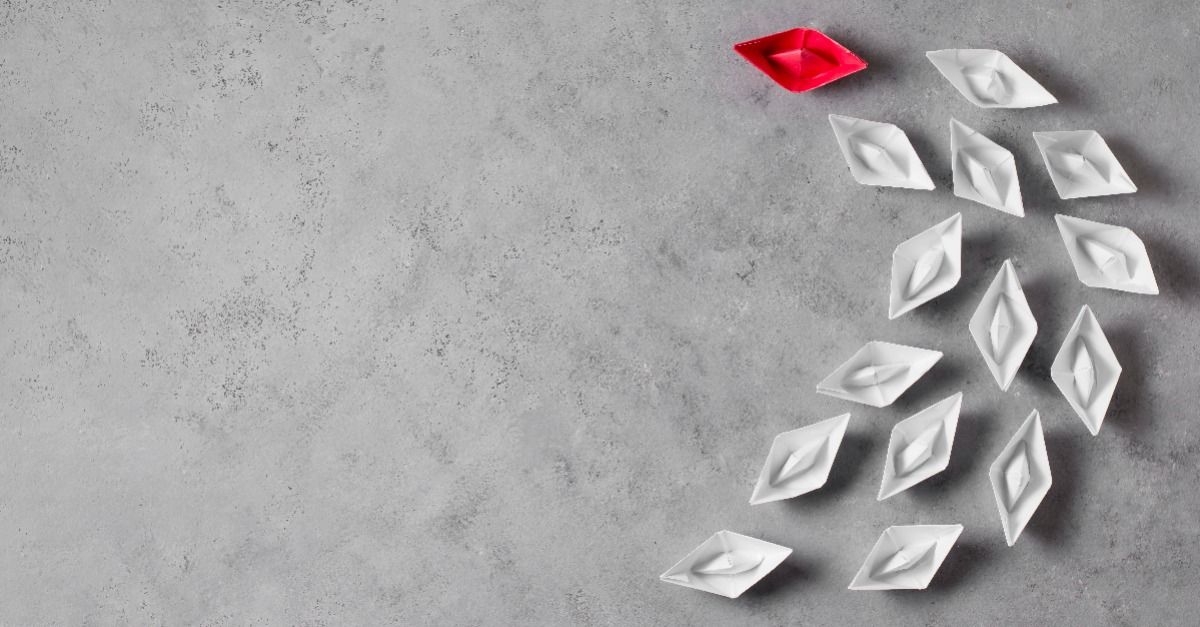 If You Think You're Not Cut Out to be a Leader, You're Probably Wrong