Leadership Insights from the Life of Salvador Dali 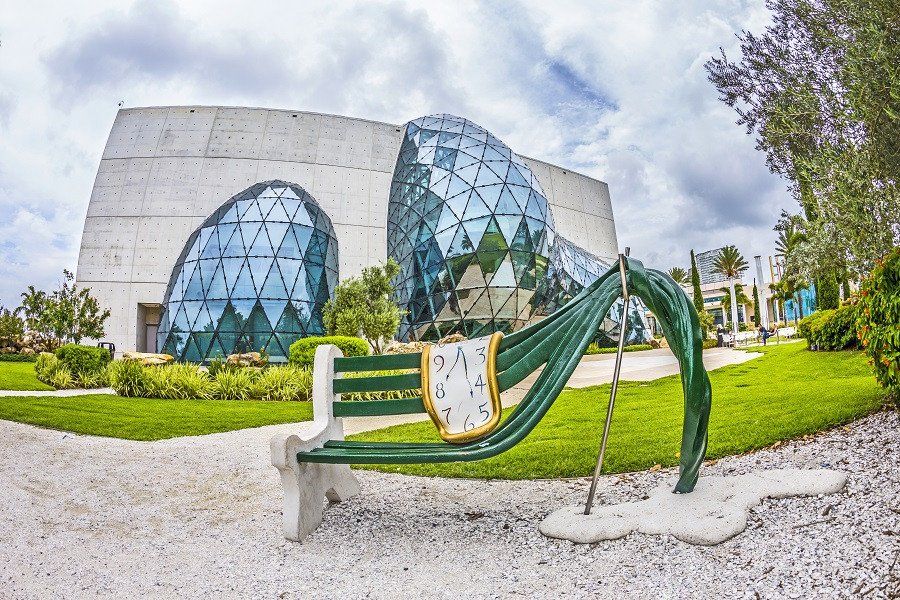 Recently, I wrote about Andy Warhol, the pop artist. He was significantly inspired by Salvador Dali, who also influenced the Chicago Surrealist Group, Mexican muralist Marcos Raya, Sarah Lucas, and even David Lynch.

There are few eccentric minds quite like the one possessed by Salvador Dali, the Spanish artist and provocateur who was a leading light of the Surrealist movement (the movement essentially encouraged artists to abandon rational control of their creativity and use their dream and unconscious to create this new ‘surrealist’ expressive style).

Never one to use drugs, Dali (1904–1989) would try to tap into his subconscious mind by staring intently at fixed objects for long periods of time. He would also induce a mental state between wakefulness and sleep by mixing in a bowl with a spoon, which would clatter as he nodded off, keeping him half-awake.

As the embodiment of weird innovation, Dali sought to see the world through a state of delusion while maintaining sanity – a state he referred to as ‘irrational knowledge’.

From an early age, the Spaniard was known for his eccentricity and experimental tendencies, dressing in ways that would have made even the flamboyant playwright Oscar Wilde look twice. Dali enjoyed his time at school but was ultimately dismissed after he insulted one of his professors during his finals.

As fate would have it, a subsequent trip to Paris would introduce this Surrealist to the pioneer of Cubism and inventor of collage, Pablo Picasso. He was so inspired by what Picasso was doing and the Cubist movement, leading him towards his famous method of tapping the subconscious mind to create fantastical imagery.

His first noted work that blurred the lines and perceptions of reality was his Apparatus and Hand painting, completed in 1927, which set the tone of his distinct style.

Dali subscribed to the theory of automatism, where artists relinquish conscious control of their process and allow their intuition and unconscious mind to lead the artistic process. As a keen student of Sigmund Freud, the artist was captivated by the depths and potential of the untapped mind and made it a point to get out of his own way during his creative periods.

So how is all this artist history relevant to business? In terms of how Dali’s style relates to leadership, his approach to his art – and indeed his life – is a reminder that it can be easy to remain stuck in the same old safe way of doing things.

His style, as eccentric as it was, showed the importance of constantly seeing things from different angles and fresh perspectives. When leaders are continually searching for different ways to take on challenges of the day, it becomes difficult for the competition to predict what they’re up to, and therefore harder for them to disrupt their way of doing things.

Having said that, it can be difficult to let go of our fixed thinking, which is precisely what causes a lot of problems in leadership today. While we needn’t go to Dali’s extreme lengths to create fresh innovations and new ideas, it’s worthwhile to remember that when we travel down different avenues, we explore the unfamiliar, and from there we encounter unexpected possibilities.

The courtyard of the Dali Theatre-Museum in Catalonia, Spain | 123RF.com

Psychologist Franz Epting calls our block of being a fixed thinker the ‘personal construct theory’, where we always look at things the same way. He believed the way out of this was to adopt ‘propositional thinking’, which is what Dali did. It is about being comfortable with complexity and contradiction and looking at things from a different perspective.

For example, a couple of years ago, I wrote a book and was later asked to do a book signing. Not knowing better, I went ahead and did what all other authors did – sat at a table and signed books.

When Dali wrote his book The World of Salvador Dali and was asked by his publisher to do a book signing in a bookstore in Manhattan, he got in before the event and set up his space to look like a hospital room. He hooked himself to machines that monitored his blood pressure and even had a machine that took his brain wave measurements.

From his ‘hospital bed’, he signed books – and even gave copies of his brain wave readings to his adoring fans! Obviously, his book signing event sold many more books than mine did, simply because he never took any event as normal but instead always look at it with endless possibilities. He never had a fixed mindset.

Dali was arguably one of the most enigmatic artists in recent history, and although it’s impossible to place the man’s character in a box, his approach to life offers up some ‘crazy’ lessons. Here are some key takeaways that stood out for me after reading (and watching!) this crazy Spanish Surrealist:

1. “Much of Dali’s success was due to his avid self-promotion.” – Kathleen Spies, art history professor

Dali fully understood the power of a person’s brand and persona. From his finely groomed moustaches, to his unorthodox interviews and public appearances with his pet ocelot, Babou, he mastered the art and science of cultivating a powerful brand instantly recognised as a leader in the world of entertainment, art and even advertising.

At the time of his death in 1989, Dali had truly shaped himself into an iconic multimedia artist, celebrity and thought leader. What about us? Are we concerned about our personal brand and what we stand for? Are we even aware of what we stand for and do we consistently tell the same story and message of the brand we carry? Are we giving people something to remember?

Dali lived life on his own terms, which freed his mind to concentrate on his own process and creations. He wasn’t tied down to anyone else’s expectations or definitions of what success should look like, and he knew that perfection always remains out of reach. Nothing in life is flawless, so we should never expect ourselves to be perfect. If we try, it’s bound to lead to frustration.

This lack of fear and needing to meet society’s expectations allowed him to be himself and do things others would never dream of – he once gave a talk in a deep-sea diving suit. He even gave a lecture in a limousine filled with cauliflowers (yes, you read that right – cauliflowers!)

3. “Mistakes are almost always of a sacred nature. Never try to correct them.”

Learning from our mistakes is how we grow. They add to our character and enrich our experience. Mistakes also let us see where we need to improve and what we need to avoid in the future.

By embracing the fact that all of us make mistakes – consciously or otherwise – we accept the nature of life and that stumbling along the way helps us to develop resilience and increase our self-awareness.

4. “Painting is an infinitely minute part of my personality.”

We often define ourselves by the question most often asked at networking events: “So…what do you do?” But when we cling too much to our titles or job roles, we limit the opportunities and possibilities that exist outside the boundaries we create for ourselves.

As talented individuals, we are much more than what our business cards say. Just as you wouldn’t define a computer as a word processor or a search engine, we should realise that we are so much more – and capable of much more – than we can imagine.

5. “Each morning when I awake, I experience again a supreme pleasure – that of being Salvador Dali.”

We sometimes find it hard to love ourselves. Often times, we beat ourselves up for not being perfect. But God created each of us uniquely and we all have special gifts and talents that make us who we are. Dali understood this perfectly and in spite of his imperfections (and awful moustache!), he somehow loved being Dali. We should love being ourselves too. I love being Roshan. I do hope you love being who you are. You should!

In the 1960s, the mayor of Dali’s hometown – Figueres, Spain – asked him to donate one of his works to the city’s museum, Museu de l’Empordà. In true Surrealist fashion, the artist decided to build an entirely new museum instead. The Dali Theatre-Museum would house his works, and after he died, he was buried in a crypt underneath the theatre stage. 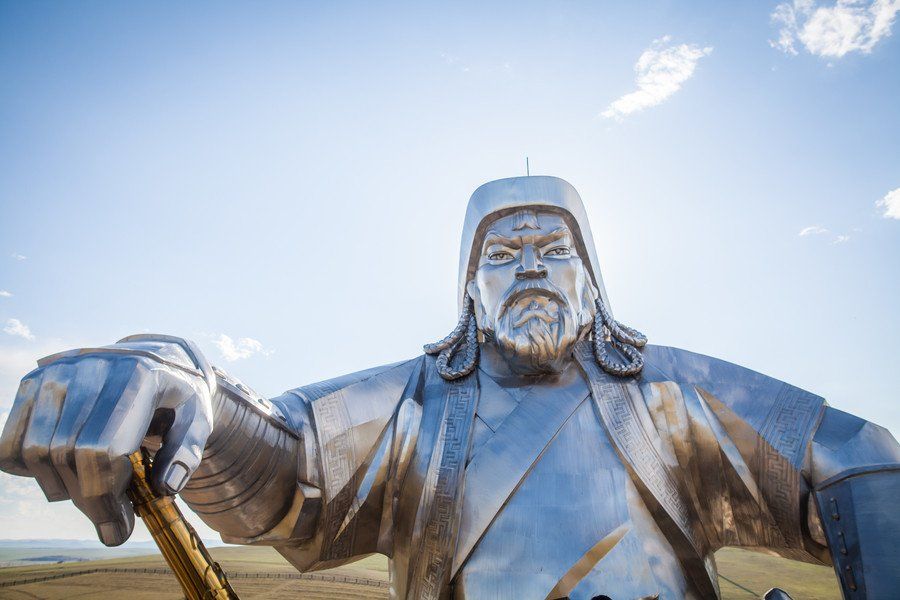 Be A Leader with Genghis Khan

Tags: Be A Leader, Influence