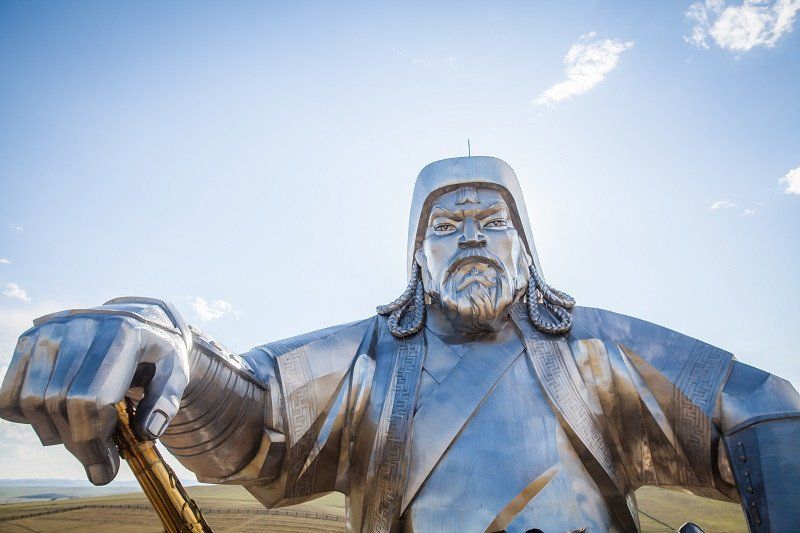 IN 2003, a history of genetics paper found that 1 in 200 of the world’s men are most likely direct descendants of Genghis Khan. The figure is astonishing – but not surprising.

One of the Genghis Khan’s sons is said to have had 40 sons of his own, and one of the grandsons had 22 legitimate sons and would add a number of virgins to his harem each year.

Genghis Khan is one of history’s most notorious leaders and, for over a century, he and his descendants conquered and reigned over most of Eurasia, ruling one of the largest empires ever (measuring close to 12 million square miles).

As I was thinking through various leaders to study, I kept wondering what leadership lessons could I possibly learn from this ‘evil’, bloodthirsty conqueror?

As a conqueror, Genghis Khan was ruthless, brutal and unyielding in his quest for world domination. The mark he left on the world is indelible – even a Soviet campaign to remove him from the history books, centuries after his death, ultimately failed.

But there is a surprising twist to the leadership of the Mongol warrior, whose original name was Temujin (he received the name ‘Genghis Khan’ when he was proclaimed leader of the Mongols in 1206).

Temujin a.k.a. Genghis Khan (1162-1227) was born in Northern Mongolia along the banks of the Onon River and suffered a tough, deprived childhood. His father was poisoned to death when Temujin was nine years old, and the family was expelled by his own tribe, leaving his mother to raise seven children on her own.

At the age of 20, Temujin found himself enslaved following a raid by former family allies but was able to escape and later build an army of over 20,000 men. How was a slave able to influence 20,000 people to follow him?

He had an amazing vision – one that all the Mongol tribes should cease their divisive conflicts and unite under his leadership and rule. This vision of a better Mongol inspired many to leave their lives and follow him to achieve this dream.

He even had a tagline (talk about 12th-century branding!) which was: “Unite the whole world in one empire”. And he took his mission seriously, stating, “the calling is high, the obligations incumbent on me are also heavy”.

Thanks to his military genius and understanding of his enemies, his vision to rule over the tribes of Mongol was realised in 1206, the year he became known as Genghis Khan (‘Universal Ruler’).

His Mongol army was a well-equipped and fearless group of warriors and, before long, Genghis Khan began to build the biggest empire in history.

A key insight for me from the life of Genghis was that having vision alone is not enough. You need to have vision coupled with intelligence and technical awareness, and the ability to execute and get things done.

It’s estimated by some historians that the Khan’s forces claimed the lives of over 40 million people – accounting for around 11 per cent of the world’s population. There’s no doubt that Genghis Khan was one of the most brutal warrior kings to ever have reigned.

But he also knew that to hold on to power and build a lasting legacy, he needed to govern his vast empire wisely.

To the end, he was an advocate of religious freedom, aware that such freedom made for a more peaceful people to rule over. The Khan also operated a system of meritocracy: the man who almost killed Genghis Khan by shooting him off his horse was made a general in the Mongol army, and became one of its greatest field commanders.

Genghis Khan successfully united previously combatant tribes and prohibited the use of torture. He also disliked upper-class privilege, emphasised the importance of lifelong learning, and provided rights to Mongol women, which at that time, was extremely progressive.

It’s also been said that he created the first international post system, thanks to his expansive communication network across his empire that allowed the flow of information, supplies and goods to travel at great speed.

As well as being a military genius, Genghis Khan was a visionary who looked to ensure the success of his people after he had passed, dividing his empire among his sons to rule.

Some might say there’s little to be learned in modern-day leadership from a 12th-century Mongol warrior.

On the contrary, Genghis Khan’s leadership was born of his own experiences, instincts, and observations; and despite the brutality of his war campaigns, he understood what motivated people and what it took to become a great leader. 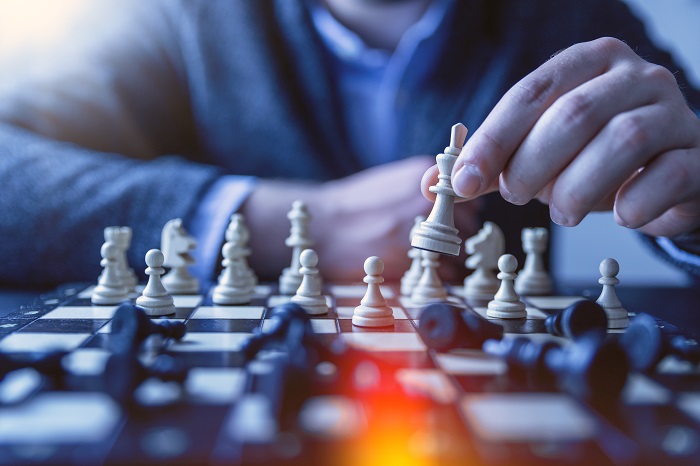 Listen: The Life Of Genghis Khan

Here are three key leadership lessons I picked up from studying the life of Genghis Khan:

Leaders such as Mark Zuckerberg and Warren Buffett have been known to prefer minimalistic lifestyles relative to their wealth. Genghis Khan believed that leadership could only function at its best if leaders avoided getting caught up in the trappings of success.

As he warns, “I hate luxury. I exercise moderation…It will be easy to forget your vision and purpose once you have fine clothes, fast horses and beautiful women…you will be no better than a slave, and you will surely lose everything.”

In his biography, Genghis Khan: the Making of the Modern World, Jack Weatherford reminds us that the Mongol leader gained his insights “not from epiphanic enlightenment or formal schooling but from a persistent cycle of pragmatic learning, experimental adaptation, and constant revision driven by his uniquely disciplined mind and focused will”.

In the words of Khan, a leader’s vision “should never stray far from the teaching of the elders. The old tunic fits better and it’s always more comfortable; it survives the hardships of the bush while the new or untried tunic is quickly torn”.

In other words, we learn best and falter less when we emulate past masters and mentors, rather than trying to figure it all out on our own.

Continuous learning, where we learn small little things each day, slowly transforms us into knowledgeable beings that are able to execute when the time requires us to do so. Genghis would never have been able to build an empire with just a vision.

He coupled it with a daily habit of learning military tactics, developing his intellect and learning practical skills like influencing, inspiring, diplomacy and tact (after he had conquered a specific land, of course!).

Remember, Genghis was not born rich and didn’t go to fancy schools to gain an education. He started out as a poor child and had to learn to be a ruler by himself, schooling him through this process of continuous learning daily.

Leaders should do their best to seek out and consider different perspectives and the views of others – but when it’s time to make decisions, the responsibility falls on one person. Genghis Khan advises us, “No friend is better than your own wise heart!

Although there are many things you can rely on, no-one is more reliable than yourself. Though many people can be your helper, no one should be closer to you than your own consciousness.”

Although he seems to advocate making all decisions based on your gut, in many other places, he is seen wanting to gain as much as possible information before making decisions. Ultimately, once you make a decision, you have to take responsibility and own it.

As I look at the life of Genghis Khan, I wonder if he may have been mistaken in history as an evil warrior. His wisdom and leadership nous seem very applicable to us in the 21st century, especially on having a clear vision, ensuring we are contextual in different situations, and finally, building habits to keep learning and growing daily.

Obviously, there are parts to his life I would not recommend emulating, especially in how he wiped out his enemies ruthlessly. But if we can hold to his leadership principles, we may just find ourselves ‘conquering’ new empires and territories in our journey of life too! 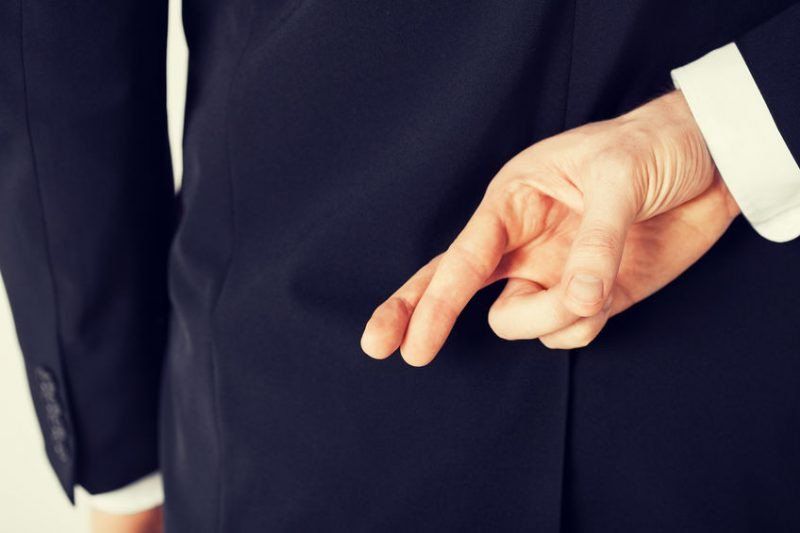 Was it Luck? Or, Was It Faith?