Leadership And The Circle Of Safety 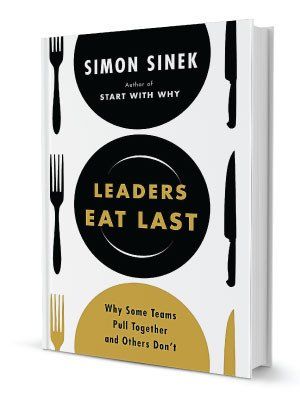 If you’ve watched the wildly famous TED talk by leadership expert Simon Sinek, you’ll immediately understand that leadership is not exactly rocket science. It is fundamentally simple, as illustrated by Sinek’s concept of the Golden Circle.

In his latest book, Leaders Eat Last, Sinek puts forward the idea that real leaders put themselves last and are willing to sacrifice themselves for the sake of others.

They create an environment where people feel safe – what he calls the “Circle of Safety”.

The principle was inspired by leadership dynamics in the Marine Corps, where Sinek observes that higher ranked officers eat last. This is in stark contrast to what is usually seen in corporate leadership.

While Sinek acknowledges that what he is offering in the book is not something new, he has certainly put in a fresh perspective what has been around for decades.

1. Exceptional organisations have cultures in which the leaders provide cover from above and the people on the ground look out for each other

During one of his trips with the Marines Corps, Sinek recalls a particularly harrowing situation in Afghanistan. Trapped in a dangerous spot, he experienced the true meaning of leadership and service.

A pilot provided cover for troops under fire, exposing himself to life threatening (his plane was underequipped with outdated tech). He acted bravely, giving to others with no expectation of anything in return.

Why would anyone do such a thing? When asked the question, the pilot answered, “because they would’ve done it for me”.

Real leaders minimise or take away distractions so that the team can perform well, Sinek offers.

This approach is also evident in other fields – world class football coach Jose Mourinho is one such example.

No matter where he goes, the “Special One” can always outperform his predecessors. Sure, he is not one without controversy.

Yet, he absorbs all the heat with his unorthodox yet tactful manner in dealing with the media circus, all in the best interests of his team so that they can focus on what they do best; playing top level football.

In return, the team produces outstanding results on the field. It’s a win-win situation for everyone.

Teams perform best when in a Circle of Safety and interestingly, the incredible act of selflessness is inherent in all human beings.

According to Sinek, we all have the capacity to do things for others. In the book, he looks into fundamental biology and explains how our body systems, specifically hormones, actually help us to do this.

Endorphins, for example, mask physical pain. They allow us to endure, critical in ensuring survival of humanity. It has worked for millions of years over many civilisations.

Dopamine, a goal setting mechanism propels us to achieve a target. Since human beings are visual animals, it gives us a sense of achievement when a vision can be framed and become reality.

Serotonin is the leadership chemical. It triggers the sense of pride and belonging, and pushes us to be a part of something and have a purpose.

The best chemical of all according to Sinek? Oxytocin – the hormone responsible for love, trust, and everything nice.

This is why individuals experience warmth when they have leaders who care, who spend time with employees, and who freely give time and energy out of genuine generosity.

2. Leaders of great organisations do not see people as a commodity to be managed to help grow the money

Sinek points out that the mentality of maximising shareholders value, a movement that began in the late 1970s to overcome geopolitical issues (Arab oil embargo, Vietnam war, stock market crash) has been at the expense of general wellbeing.

It explains the widening gap in wealth and equality in modern day corporates.

It was an era where corporate chief executive officers were paid outlandish amounts of money for generating huge shareholder returns from company stock price. Small wonder why there are so many people who gun for elite status.

However, the problem with focusing on profit before people is that profit can only last so long. Leaders need to truly embrace the value of people and not merely see them as a commodity.

In Sinek’s words, a leader’s legacy is measured by the strength of the foundation they leave behind for others to continue to advance the organisation.

If a leader leaves and takes away the expertise and genius with them, it is a sign that they failed to build a real Circle of Safety during their time.

So what does that make Jack Welch of General Electric then? Or Steve Ballmer of Microsoft? What about Steve Jobs? The legacy of real leaders stands against time.

3. Leaders of organisations who rise through the ranks not because they want it, but because the tribe keeps offering higher status out of gratitude for their willingness to sacrifice, are the true leaders worthy of our trust and loyalty

Leadership is not a race. It is not competition with winners or losers. To lead is to serve, emphasises Sinek.

He cites the US Congress as an example of an entity that has moved in the wrong direction. Congress has moved from a system of cooperation, bipartisan of some sort in the 1990s, to complete power hoarding among congressmen today. It has become a battle of wills, always locking horns instead of acting in the interest of their constituents.

Even more shocking is they have a “model schedule”, a recommendation for working hours in the Capitol.

There is now too much time allocated for fund-raising instead of building meaningful relationships and working for progress. No wonder there is a deep mistrust in political officials.

In contrast, Sinek explains that the Marines adopt what they call “eyeball leadership”, spending time with the people they serve.

As social animals we are most productive when we trust and cooperate. We look out for each other and we trust the leader to take care of the tribe. When leaders create a Circle of Safety, the entire group is running at full potential. The power of cooperation cannot be underestimated, especially in business.

Granted, everything that Sinek writes in his book is not entirely new or groundbreaking. His astute observation of human beings however, is mostly honest and spot on.

The root of many problems we observe in organisations can be traced back to basic biology. The hormones that make us strive, if unbalanced, can cause addiction to performance and alpha-status, and can come at a significant cost.

Recognising this is only the first step. The critical part for leaders to actually commit to helping others and “eat last”. In doing so, they create a Circle of Safety, which is an environment of trust, respect and cooperation where their team can thrive.

Leaders Eat Last by Simon Sinek is distributed by Penguin Books and is available at all leading bookstores. Imran Hashim is a talent acceleration manager with Leaderonomics. He believes that in order to cope with high demands of modern life, a strong collaborative approach is always best. He hopes that everyone will look after one another and be good to each other, just the way our default biology is wired. To learn more about Leaderonomics, email people@leaderonomics.com . Click here to read more articles like this! 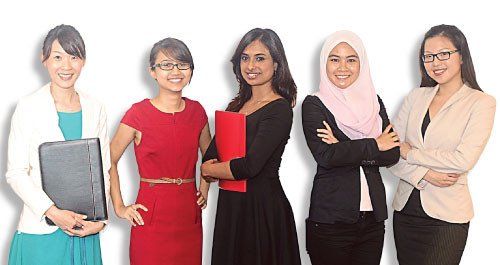 Are Women Less Credible As Leaders?

Imran Hashim
Imran is a talent acceleration manager with Leaderonomics. He believes that in order to cope with high demands of modern life, a strong collaborative approach is always best. He hopes that everyone will look after one another and be good to each other, just the way our default biology is wired.