Lawyer By Day, Rocker For Life 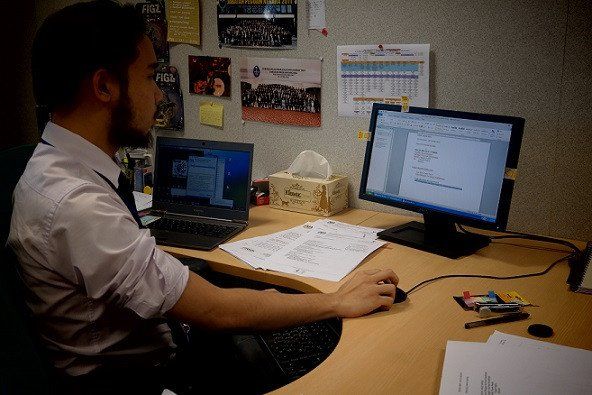 Photo (above): Loke the legal practitioner

The art of juggling two jobs

Despite his name, Loke Yew Joe isn’t your “average Joe”. At 27, he works two jobs; holding a position as a legal practitioner as well as a guitarist and vocalist for the local alternative/rock band ZERO.

In a recent interview, Loke shared how his unique journey as a guitarist/vocalist started:

“I have been gigging since I was 18, so it has been almost 10 years since the first show I did with a few of my buddies for a charity event near Taipan.”

His first show, however, had more of an interesting back story than just playing music.

“I will never forget that show,” he reminisced.

“Halfway through the final act of the night, MPSJ (local council Majlis Perbandaran Subang Jaya) intervened, and forced everyone to disperse and started confiscating gear and instruments.”

“The whole ordeal was somewhat sad and symbolic in the sense that the gear and instruments were essentially our life-force. If people were to take those things away from us, what were we going to do?”

“I started ZERO with a long-time friend of mine in early 2012 when we started writing songs. We decided on the name ZERO, as we were coming out of difficult circumstances in our lives at that point. The word ‘zero’ was symbolic, like a reset button for our lives. It was us going back to zero, starting afresh.”

“This band, we see it as an outlet to express our views on injustices, social ills, persecution, oppression, and the struggles of our modern day society.”

“I work from Monday to Friday. Officially, my hours are between 8.30am till 5.30pm but I’m normally done with work around 6pm.”

“What I do is generally to provide legal counsel to clients in the form of legal research, write-ups, consultations and opinions. I don’t actually go to court.”

“Yes, contrary to popular belief, there are lawyers who do not go to court by choice,” he clarified, quelling the common misconception that lawyers are only found in court.

“But I guess it works for me since I am more comfortable expressing my opinion through words rather than speech.”

As for his career as a musician, Loke meets up with the other band members once a week to rehearse for at least two hours.

“At this point in time, on average, we gig only once a month.”

The band sees the importance in working hard and practising to fine tune their skills, rather than jumping into gigs all the time.

“I think as a band, we place a slightly bigger emphasis on spending more time practising and rehearsing more than anything else,” Loke said.

However, as expected, there are many challenges that lie in pursuing two jobs.

“It makes me feel like Batman. During the day I am made to follow rules, sit at my desk, and adhere to the norm which society has set for a corporate yuppie. In contrast, at night I get to let go and be myself, screaming my lungs out and head-banging.”

Photo (above): Loke the guitarist/vocalist for ZERO

“Despite doing things that I love, there are obviously challenges when it comes to time management and priorities,” he admitted.

“I have a family and I am in a long-term relationship. There has to be time allocated to loved ones which is non-negotiable. It can be exhausting when your plate is so full.

Apart from that, Loke also goes through obstacles such as financial constraints and rejection.

“I think rejection is a common theme when it comes to music,” confessed Loke. Fortunately, he is able to direct it away from his passions and continue to focus on his work.

“I have been on the receiving end of some negative treatment, which can be pretty damaging. The focus to be the best I can just seems to trump whatever negativity is thrown in my direction.”

When asked what motivates him to keep going, he gives credit to an unlikely source: fear. “There is a drive to be the best I can, because my biggest fear is actually not fulfilling my potential and letting others down.

‘Others’ being people whom I hold dear to my heart – be it friends, family, colleagues, superiors who have entrusted me with something.”

Additionally, Loke is able to express himself through both his jobs. “To be honest I am not the most sociable person. It could be tough for me to interact and communicate with strangers.”

“In spite of that, law allows me to express my views via the research, opinions and write-ups I produce, providing a platform for me to channel what I think to the world outside. Music does the same as well. I am able to express my views, emotions and thoughts in songs.”

“The cool thing with music is, although sometimes your words or lyrics may be drowned out by the sound of instruments, the emotion, energy and motive of the idea, opinion, and emotion will still transcend the manner the music is played, performed and produced.

“Music and law to me is an unorthodox yet complementary union in my life,” he stated.

“The biggest lesson I have learnt from being involved with two such diverse fields is that investing your heart and soul into something you are passionate about is more important than talent, ability, qualification or intelligence.”

Fervently in favour of living out your full potential and investing in your given talents, Loke presented me an interesting analogy.

“Imagine a soldier being given a shield, sword and full armour for an impending war. What good would that do him if he left the weapons dormant and not actually take the time to practise, apply, and hone it? Would that not be wasted potential and equipping?”

Finally, when asked for advice on pursuing your dreams, he simply responds:

“Go for it. We should seize the moment and live life today.”

Sarah hopes that she can, like Joe, pursue a career that she is passionate about in the future. If you have similar stories to share, you can get in touch with us at editor@leaderonomics.com. For more A Day in the Life articles, click here. 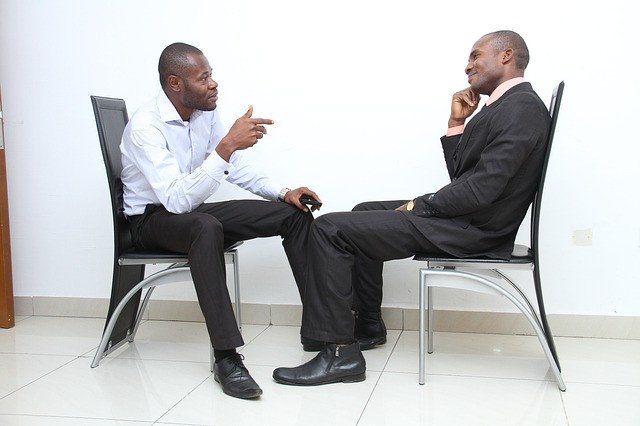 Job Interview: The 5 Questions You Must Ask