Just Do It! Leaders Always Execute And Get Things Done

Recently, I interacted with various Malaysian corporate leaders and observed a common thread amongst them – they always achieve their goals, regardless of circumstances.

For example, Suhaimi Sulong, former HR leader at Proton, shared with me a personal story when he was a young sales person at IBM.

He had a meeting with a potential client at the airport and was close to nailing the sale. Unfortunately, the client’s flight to Japan was boarding but he had yet to close the deal.

Suhaimi did not want to lose that sale. So, he got a ticket to Japan, sat next to his potential client on the flight and convinced him to sign the deal. He took the next flight back with the closed sale in hand. Mission accomplished.

Datuk Lee Choong Yan, president of Genting, shared stories of numerous occasions early in his career, where he had to work hard and execute.

His ability to execute was the determining factor on his performance and success. It sounds so easy, but the ability to get things done, is one of the most treasured acts in business.

Just like many of you, I battle distraction and I’m overwhelmed by numerous tasks and opportunities daily. There is always a torrent of attention-grabbing things tampering my curiosity. A rib-tickling YouTube video, a thought-provoking article, 500 emails a day and never-ending meetings.

There is never enough time to do “real work”. This battle for execution is one that I wage daily. And it never ends. Yet, it is this battle that needs to be won.

Great leaders not only triumph over distractions, they succeed and get real work done. They understand the art of getting things done.

A study from Fortune reveals that 70% of CEOs’ failures are the result of inaction. What actions do these CEOs fail to take? They fail to get things done, they fail to be decisive, they fail to deliver, and they conduct bad execution.

Charles Schwab rose from labourer to the executive ranks through his ability to execute. “Schwab was not an originator; he was a builder,” commented his boss Andrew Carnegie.

Schwab once told a story of a mill that just could not produce to its full capacity. The manager tried everything he could but failed. Schwab went over at the end of the day shift, took a piece of chalk and asked the day shift supervisor “How many heats has your shift made today?”

The supervisor answered “six”. He chalked a big “6” on the floor, and then passed along without another word. When the night shift came in they saw the “6” and asked about it.

“The big boss was in here today,” said the day men. “He asked us how many heats we had made, and we told him six. He chalked it down.”

The next morning Schwab passed through the same mill and saw that the “6” had been rubbed out and a big “7” was written instead. The night shift had surpassed the day shift. That night he went back and the “7” had been erased, and a “10” paraded itself.

He had somehow created a competition amongst the night and day shifts without a single word.

This went on for months until the mill, formerly the poorest mill, became the highest performing plant of all. He somehow managed to get it done.

The best leaders, like Schwab, know how to ensure work gets done. So do great companies. In the 80s and 90s, Toyota produced better results than General Motors (GM) because it executed better.

Click to watch the corresponding “Be a Leader” video based on this article. See how Roshan Thiran encouraged James to “Just Do It!”

The number one enemy of any strategy is poor execution. Dell’s business model and strategy is public property; yet few have been able to replicate it.

The reason, according to Michael Dell, founder of Dell, that his “direct business model” continues to work, is because:

“We execute it. It’s all about execution.”

Southwest Airlines has been profitable every year for the past 30 years. Its strategy is known; yet like Dell, no company has successfully copied its execution. Walmart won for years through the power of its ruthless execution, becoming the world’s largest store.

Banking is a great example of execution determining success. Most retail banks have strategies that are practically indistinguishable.

Their strategies generally revolve around targeting and engaging the same customers, having world-class service and relationship management, innovative product development, and risk management.

Yet, there are winners and losers in banking. The winners are banks that distinguish themselves by the quality of their execution. The windows of opportunities open and shut much quicker than ever before. Customers today expect everything from service to their problems being resolved instantly.

Delay is not acceptable; it is costly and can destroy businesses. The best leaders never procrastinate – they possess an innate drive that values speed and action to complete a task.

Ideas are pointless without action

Ideas are critical. Businesses get created through the development of innovative products that aid people, resolve problems, create value and are scalable.

Having an idea is meaningless unless someone steps in and does some work. That separates an idea from an actual innovation. But taking action is pretty tough. It requires decisions to happen, products to be made, politics to be navigated through and budgets to be fought for. It all boils down to execution.

Years ago, HP hired Carly Fiorina as CEO to take the company forward with new innovative ideas and a bold new direction. She set in place the greatest merger in history and planned to have innovative new products from this merger.

Seven years later, the merger failed and she was fired. New CEO Mark Hurd came in and pulled a great turnaround through ruthless execution and no-nonsense discipline. He cut expenses, improved efficiencies and put the right people into key roles, driving operating results in the process.

You can learn execution

“The proper execution of your trades is one of the most fundamental components of becoming a successful trader and probably the most difficult to learn. Most traders find it is much easier to identify an opportunity, than it is to act upon it.”

The same applies to all fields. Making opportunities a reality requires discipline and focus. The key problem is habitual. Taking action is painful and forces us to do stuff, requiring discipline. Most of us hate discipline and prefer to remain in our comfort zones.

The trick is to start at the beginning of a task. Starting is very hard so initiate this immediately. Begin by working on your to-do list the moment you wake up and don’t procrastinate.

Once you get one task done, even if it is a seemingly insignificant task, it adds momentum to your day. That is the trick on getting things done: Don’t wait for a perfect opportunity. Just Do It Now!

I love the African tale about the importance of running and getting things done: “Every morning in Africa a gazelle wakes up and knows it must run faster than the fastest lion, or it will be killed and eaten.”

“At the same time, a lion wakes up and knows it must outrun the slowest gazelle, or it will starve to death. It does not matter if you are a lion or a gazelle; when the sun comes up, you better start running.”

This same tale applies to us as individuals and as businesses. If we want to succeed, planning which shoe to wear for the run may be important, but never as important as the running itself.

That is what great leaders do. They just get things done. As Nike would say, they “Just Do It”. Are you getting things done?

Roshan Thiran is passionate about transforming the nation through leadership development. He believes that everyone needs to learn to execute better and has devised programmes to ensure this is a skill that is mastered by all. For more information on Leaderonomics programmes, email people@leaderonomics.com. Click here for more articles. 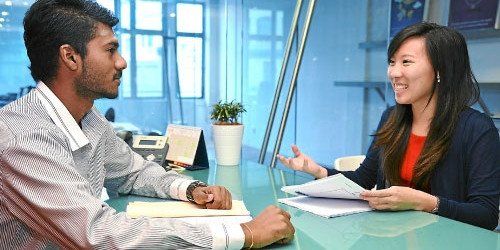