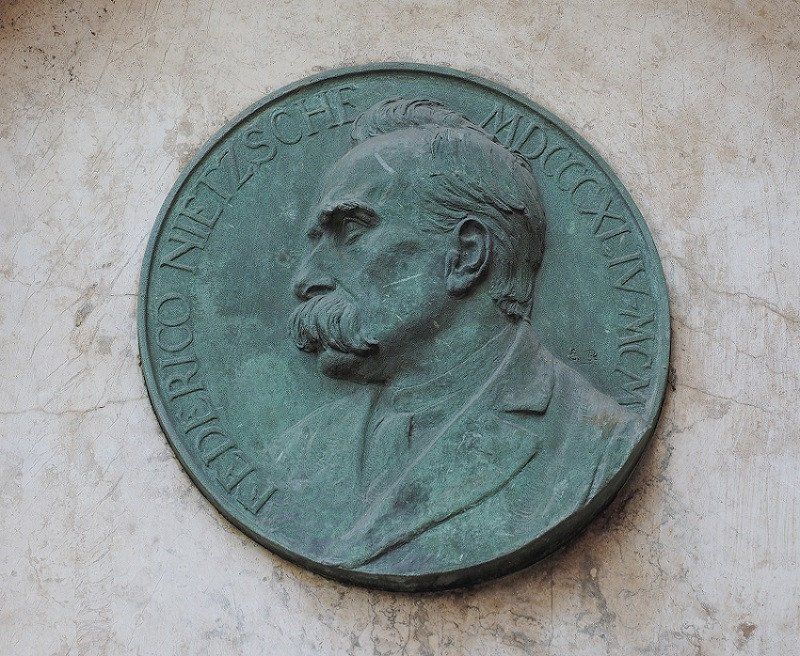 And those who were seen dancing were thought to be insane by those who could not hear the music. – Friedrich Nietzsche

Recently, my son insisted I take him and his sister to watch Shazam! the new DC superhero movie. I had numerous things to do (including write my weekly Be A Leader column) and before the movie began, my mind drifted to the various tasks that had to be completed later that night and I started wondering which leader I should write about.

The star of the movie was a boy called Billy Batson, who didn’t have a father. I immediately thought of Friedrich Nietzsche who lost his father when he was five, and famously said: “Whoever does not have a good father should procure one” – more on that quote later!

Of all the philosophers we could learn from in leadership, Nietzsche might not be an immediately obvious choice – but his works offer valuable insights into becoming an effective leader.

Born in Röcken near Leipzig, Germany, Nietzsche (1844–1900) grew up in a religious family, with his father being a Lutheran minister. In 1849, the family moved to Naumburg following the death of Nietzsche’s father, and he and his sister were brought up by their mother, grandmother, and two aunts.

The young Friedrich excelled at school and, at the age of just 24, he became a professor of classical philology at the University of Basel – the youngest person ever appointed to the position.

During his time at Basel, he wrote the first of his noted works, The Birth of Tragedy and Human, All Too Human. As time went on, his health declined, and he lost interest in his academic career.

After resigning from his position at Basel in 1879, he spent much of the 1880s in seclusion, living in Switzerland, France and Italy. It was during this period that he wrote famous works such as Thus Spoke Zarathustra and Beyond Good and Evil.

Central to Nietzsche’s philosophy was the quality of Selbstuberwindung, or ‘self-overcoming’. He felt that to distract ourselves from the discomfort and hardships of life was to miss out on the opportunity to learn, grow and develop, and as a result bring out the best of who we are.

The person who could learn to deal with the difficulties and challenges of life, and rise above conventional wisdom, would be an Übermensch, or ‘superman’. This was the ideal towards which the German philosopher encouraged us to strive.

What does this mean? Deep down, Nietzsche believed that we all needed to evolve and grow. As a caterpillar becomes a cocoon and then a butterfly, or as a seed becomes a sprout and then a mighty tree, we too, as humans are called to growth. Growth is what makes us a superman.

So, a big question we should ask ourselves is: Are we growing each day, becoming better, stronger, wiser, smarter, and constantly improving?

Today’s world requires constant growth. Are we heeding Nietzsche’s call to become superman, or are we decaying?

A few years ago, I wrote about the lesson I learnt from Dr Jack Ende from Penn Medical. He said that all of us “either grow or decay”. If we are not intentionally working each day to keep growing, learning and changing ourselves, we are essentially decaying and growing old. Staying young requires us to keep moving towards Übermensch, so that one day we can transform into superman.

Nietzsche was no stranger to the hardships of life. He suffered from poor health from a young age, including migraine headaches and violent indigestion. Despite these issues, he kept working hard to attain growth. He died at the age of 55 following several health issues and a series of strokes.

As controversial as some of Nietzsche’s views might seem, there are pockets of wisdom from which we can draw lessons on life, being human, and leadership.

Friedrich Nietzsche was someone who strived to push boundaries, test ideas, and question the consensus of the day – traits that successful leaders of today consistently deploy in their efforts to revolutionise their industries and make the world a better place, for example, Jeff Bezos and the late Steve Jobs.

In studying the life of Nietzsche, I discovered a few lessons of leadership which can be applied to our lives and organisations. The key lessons are:

1. Learn from your shortcomings to grow strong

In his book, Twilight of the Idols, we find one of Nietzsche’s oft-quoted lines: “What does not kill me makes me stronger.” Microsoft co-founder, Bill Gates, knows the value of failure when it comes to growing as a leader and gaining a wealth of knowledge. He has said that success is “a lousy teacher. It seduces smart people into thinking they can’t lose.”

Nietzsche advocates us to grow. To grow, we need to learn. To learn, we need to experience. When we experience, we will fall short and fail. We need to reflect and learn from each of our failures and bounce back, stronger than ever.

Nietzsche advised that, “Whoever does not have a good father should procure one.” Having lost his own father at a young age and experienced various strained relationships, Nietzsche recognised the importance of a strong, encouraging guide in life.

In business, this could be translated to finding a good mentor – to inspire and guide you. Whether you’re running a start-up, or you’re a manager in an organisation, there will be many challenges that come your way.

Having a good mentor can help to bring out the best in you, regardless of your status or expertise, while minimising common mistakes that are made along the way. (Check out this article on reverse mentoring).

3. Reap the rewards by taking risks

In another of his famous works, Thus Spoke Zarathustra, Nietzsche advised, “I tell you: One must still have chaos in oneself, to give birth to a dancing star.” As leaders, how often do we talk about the need for innovation and disruption, or the importance of pushing the boundaries of the industry?

And yet, our actions mostly remain risk-averse as we play it safe. To create new ideas and develop game-changing innovations, we need to venture outside our comfort zones into unknown territory. It’s here that we find creativity in discomfort, and progress in uncertainty.

I personally hate change as it is chaotic and painful. Yet, if we truly change, the rewards we reap from it will bear fruits for years to come – a few years of pain is replaced by many years of joy.

4. Embrace your envious side

From young, we’re taught that to be envious of others is wrong, but Nietzsche encouraged us to embrace our envy in a healthy way, to use the successes of others to work towards our own goals.

Research backs this up. In 2017, two studies by Mijin Kwon, Youngjee Han, and Myungwoo Nam found that benign envy “motivates individuals to improve themselves and to be less sensitive to potential losses in risk taking”.

They added that benign envy – which make us raise ourselves up, rather than want to bring someone down – can “lead to risk taking and self-improving behaviour, owing to the motivation to improve oneself”. The goal is not to focus on the envy but to focus on growth and transforming into superman.

5. There is no equality or fairness in life

Nietzsche claimed: “I do not wish to be mixed up and confused with these preachers of equality. Men are not equal. Nor shall they become equal!”

What did he mean? In business, we constantly see people who have worked hard and built great products or services being side-stepped by those with more powerful connections or funding.

There are many great start-ups in Malaysia, but companies such as Grab are able to get the lion’s share of funding, much to the chagrin of others who may be more deserving. But such is life.

We are called to not be angry, resentful, or full of remorse and give up. Instead, we are called to accept inequality and push hard anyway to get things to happen for us. Nietzsche added, “Men are not equal! Nor shall they become equal! What would my love of the ‘superman’ be if I spoke otherwise?”

We must accept that there will always be some form of injustice. What we need to do is to strive towards becoming superman – keep growing and changing – and one day, we will succeed. 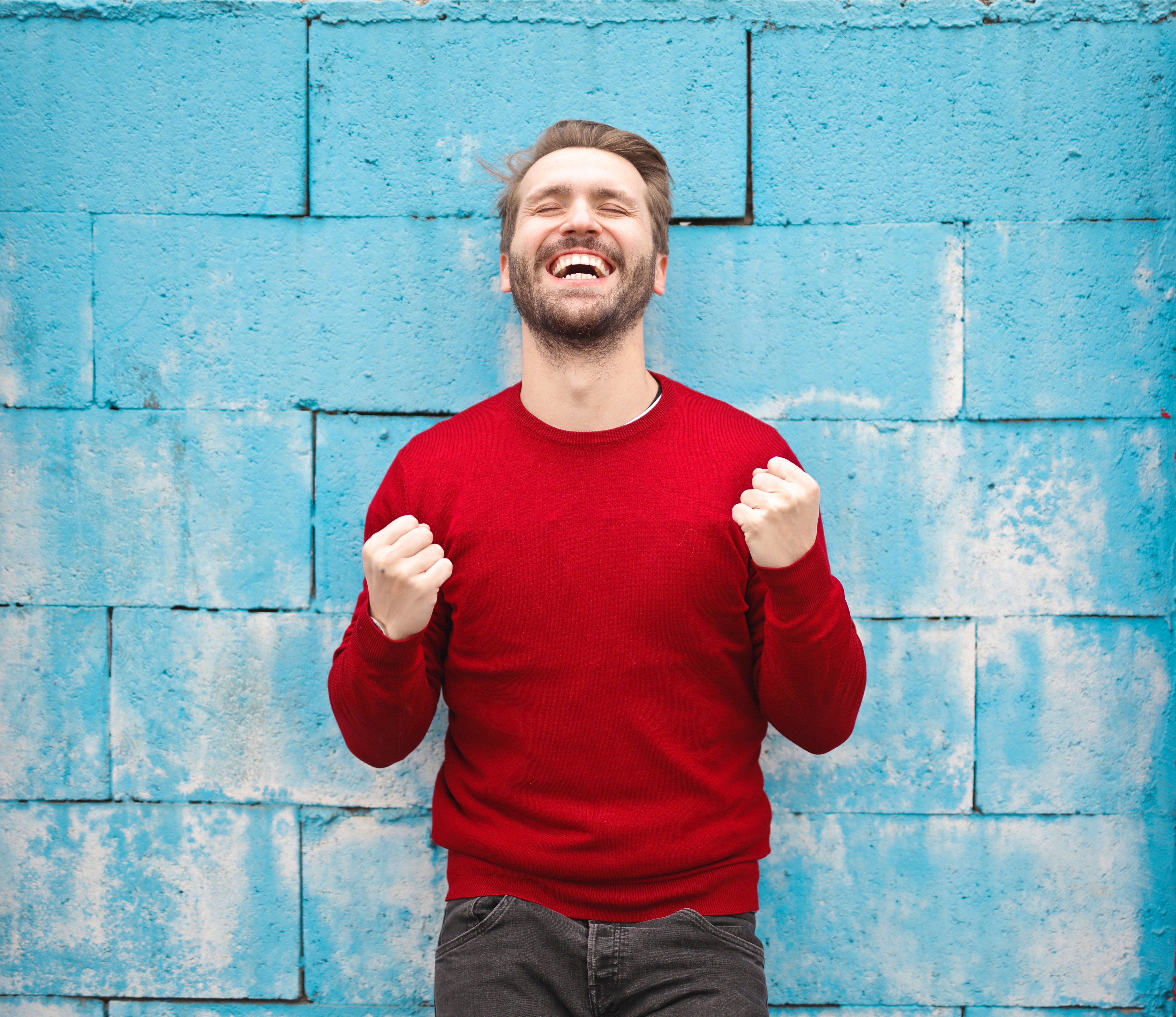 Getting The Most Out Of Life