It is our duty as human beings to proceed as though the limits of our capabilities do not exist. – Teilhard

A few years ago, I met Jamie Andrew while facilitating at an IMD class in Switzerland. In January 1999, Jamie Andrew was just a normal bloke who loved to climb mountains with his best friend. As he and his best friend reached the top of Les Droites in the Mont Blanc massif, they were caught in a horrible storm, trapped on a small ridge with winds of 90 mph and temperatures of -30° C for five nights. On the fifth night, his best friend died of hypothermia. Miraculously, Jamie survived the experience, helicoptered off the mountain. However, Jamie lost both his hands and legs.

With no hands and legs, Jamie wished he had died on the mountain. Jamie spent months in rehabilitation, slowly learning to walk again (with artificial legs). But deep inside, every fiber of his being, led him to believe he would climb mountains again. Soon after he learnt to walk, he decided to challenge himself by climbing up Scotland’s highest hill, Blackford Hill. Jamie decided to challenge himself further, from hill to mountain to finally climbing Mt. Kilimanjaro, Africa’s highest peak with 3 other disabled mountaineers.

Jamie kept challenging himself to overcome obstacle after obstacle, taking part in skiing, snowboarding, paragliding, caving and even completing the Iron man Triathlon. All without hands or legs. How did he manage to do all that?

Jamie’s simple answer was to:

Keep setting impossible goals, break them down into smaller mini-possible goals, keep persevering and achieve them one by one. Then, disregard what everyone says is possible or not, and keep pursuing your dream.

In his case, even though every single person tried hard convincing him to give up on his dreams, he personally believed it was possible, ultimately succeeding in climbing icy mountains. Jamie clearly believed it’s not problems that determine your state, it’s your attitude.

Watch this video to be inspired by leaders who overcame their barriers, and that includes Jamie Andrew!


Great leaders understand that obstacles are part of life and need to be dealt with. Jamie is not special in that sense. Nelson Mandela overcome huge obstacles, including detention for more than 27 years, as he pursued his dream of eliminating apartheid. Jack Welch went through a horrendous first few years as he struggled through numerous obstacles as GE’s CEO in his mission to make GE “the most productive enterprise on earth.” Mother Teresa, Gandhi, Steve Jobs and Richard Branson all had to overcome significant obstacles that were thrown their way in the pursuit of their goals.

But overcome they did. In studying their lives, we find 4 key reasons how they overcame obstacles:

1 Nullify your “hostage” or “victim” mindset

3. Break down the obstacles into smaller achievable chunks

4. Learn from the obstacles but keep the focus on your big goal

When someone tells us that something we plan to do is an impossible task, our general reaction is to agree with them. Sometimes we become our biggest obstacle, allowing fears and self-doubt stand in our way. We become ‘hostages’ to the obstacles faced. This mindset cripples us to believe that the obstacles faced are bigger and scarier than what they are. Great leaders know how to quickly free themselves from this ‘victim’ state.

We cannot control what happens to us, but we can control how we react to it. Obstacles become obstacles only when you believe they are. Sometimes when you don’t realise that you are facing an obstacle, you overcome these obstacles without a second thought. However, when someone highlights this obstacle, we are suddenly paralysed.

George Dantzig, was a math student, with a habit of coming late for classes. During a class, where George was late, his professor Jerzy Neyman wrote two examples of famously unsolved statistical problems on the board. At the end of the class, George assumed that the two problems were homework assignments. According to George, the problems “seemed to be a little harder than usual“, but even though he struggled, he finally figured out how to solve it and handed in the completed solutions.

Professor Neyman was surprised to receive George’s “homework” as he did not assign homework. He reviewed it and could not believe that his “student” had solved two famous unsolved problems. George later admitted:

If I had known that the problem were not homework but were in fact two famous unsolved problems in statistics, I probably would not have thought positively, would have become discouraged, and would never have solved them.

Our state of mind needs to be addressed first if we are to overcome obstacles. If we believe that obstacles are too big to handle, they will become too big. Before 1954, doctors knew for certain that the four-minute mile was a physical barrier that no man could break without causing significant damage to the runner’s heart. Then came Roger Bannister who did it in 3 min 59 seconds. Within months of Bannister’s achievement, 16 other runners accomplished the same feat. Something that was impossible, quickly became possible.

So what happened to this famous physical barrier? Often these obstacles we perceive are only in our own minds and we become hostages to them. Great leaders quickly disregard these “hostage” beliefs and firmly believe in possibilities. Lee Iacocca sums it best,

“The greatest discovery of my generation is that human beings can alter their lives by altering their attitudes of mind.”

If you watch a river flows, you will notice huge rocks curtailing its path. But instead of removing these obstacles, it simply goes around the rock and finds a new path. Likewise with our obstacles. We don’t need to remove them.

Michael Jordan, the great basketball player who faced many personal obstacles said, “If you run into a wall, don’t turn around and give up. Figure out how to climb it, go through it, or work around it.”Turn obstacles into opportunities.

Ratan Tata, Chairman of Tata Group, was driving when he saw a poor family of five crammed into a scooter. His heart was filled with sympathy and declared to the world that Tata will launch a one lakh (US$2000) car.

The world laughed at him. But that did not deter Ratan. He started with a 5-man engineering team and challenged them to “question the unquestionable.” He gave them only one mandate-ensure the cost was less than US$2000.  Problem after problem cropped up but Ratan kept persisting, even personally working with the team. After four years, Ratan Tata kept his promise by unveiling Nano, the People’s car.

There’s a saying that goes, “If you live with a problem long enough, it could eventually become a blessing.” Within every adversity in life, there is always a silver lining. Every invention enjoyed today comes from some obstacle. Obstacles inspire the desire to solve dilemmas. Obstacles are a miraculous opportunity for innovation and change.

Break it down and keep persevering. 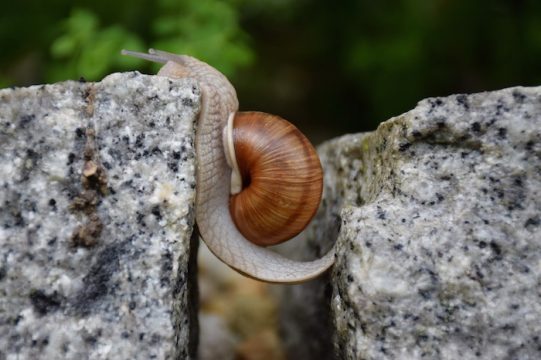 Jamie Andrew started his journey of achieving the impossible by breaking down the real dimensions of his obstacles, dividing it into parts or steps that can be done one at a time. By splitting the overall objective into smaller, easily defined functions, the challenge may seem easier. This can break through procrastination and hopelessness.

As the problems get addressed one by one, it is important to keep persevering. We all want that immediate silver bullet that will solve our problem and hence breaking down the issue may be frustrating and slow, so perseverance matters.

Walt Disney dreamt of building Disney World and started planning his dream one step at a time. But his biggest issue was funding. He was rejected more than 300 times with request for funding but he kept persevering and ultimately succeeded. Likewise, Colonel Sanders faced similar issues when setting up KFC, being rejected more than 1,000 times but his perseverance together with his step-by-step plan ensured his dream became a reality.

Obstacles are like mountains – not likely to move themselves. You must take action to overcome it, not sit at the foot of the mountain hoping it will suddenly vanish. Breaking the problem down is an action-oriented approach to begin addressing the problem instead of moping around in fear and worry. Action trumps all else. Few things are impossible when you exert extraordinary effort to make your dreams a reality.

“If we did all the things we are capable of doing we would truly astound ourselves” claims Thomas Edison.

After struggling to develop the electric light-bulb for years, Edison was interviewed by a reporter asking him if he felt like a failure and if he would give up now. Baffled, Edison replied, “why would I feel like a failure? And why would I ever give up? I now know definitively over 9,000 ways why an electric light bulb will not work. Success is almost in my grasp.” And shortly after his 10,000 attempt, Edison invented the light bulb.

Great leaders truly understand how to learn from the obstacles thrown their way and like Edison, they also clearly have sight of the end-goal. There is always something to learn. We learn courage facing danger. We learn patience enduring suffering. We learn to value true friends when forsaken. Without trouble we be a stunted person with no real growth.

Learning is what differentiates leaders. Obstacles provide situations for us to learn. Nietzsche once said that “whatever doesn’t kill us will only make us stronger.”

Also key, is to keep your mind’s eye on the end goal. Visualise what success looks like. The more you see this success, the more likely you will achieve it. Norman Peale states, “Formulate and stamp indelibly on your mind a mental picture of yourself as succeeding. Hold this picture tenaciously. Never permit it to fade.”

Paulo Coelho’s writes in The Alchemist , “when you want something, the whole universe conspires in helping you to achieve it.” Coelho also states that before you can reach your dream, you will be tested by the very same universe. Obstacles are part and parcel of life. We need to embrace it as an opportunity to learn.

There is a saying that goes, “the harder the conflict, the more glorious the triumph.” Great leaders don’t become great just for their accomplishments, but by the opposition they have encountered, and by the courage showed in maintaining their struggle against overwhelming odds. There were numerous people fighting apartheid in South Africa but Nelson Mandela stood out because of the obstacles he overcame.

Don’t pray for an easy life, rather pray to become a strong person who can overcome obstacles and truly achieve the full potential of your ability.

Do You Pause As You Dash Around Daily?