Holacracy And Zappos: Method Or Madness? 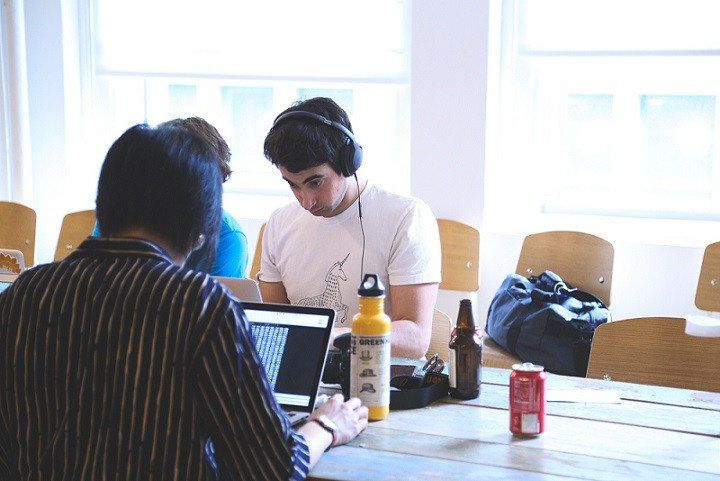 Zappos announced in 2014 that the organisation is changing – it will be a holacracy. If you’re like me, your first reaction may have been holo-what?

My mind immediately went to the time when a certain popstar changed his name to a squiggle and everyone had to resort to introducing him as “the artist formerly known as Prince”.

So rather than face that, I went to Wikipedia to find the following definition: Holacracy is a social technology or system of organisational governance in which authority and decision-making are distributed throughout a fractal holarchy of self-organising teams rather than being vested at the top of a hierarchy.

Essentially, a holacracy is a company without titles, or managers, that has self-governing teams which determine what they need to do, and how this will be done. It is a company that is organised around the work that needs to be done, not around the people who do it. Sounds good (in theory).

So why have Zappos made this move?

According to the interviews I read, the move to a holacracy is designed to prevent bureaucracy from getting in the way of Zappos’ ongoing growth. As part of Amazon since 2009, they are looking to maintain their startup culture.

The vast majority of my clients operate a traditional hierarchy. If I were to ask “Why do we do it this way?” my guess is most would reply with a puzzled look and say, “Because we’ve always done it this way.”

And in many ways this is true. The command and control approach is a relic from the industrial revolution.

The traditional hierarchy made sense when factories were coming to the fore. Workers were generally not very educated and new to the ways of mass production. The manager’s role was to keep order, enforce the rules, and keep the workforce compliant and working – hard.

In the past few decades, we’ve experienced a major shift in our economic structure. A shift that hasn’t been reflected in how work gets done.

What if the reasons behind low employee engagement and productivity are a reflection of the command and control approach we are asked to work with? If we want to treat our employees and colleagues as adults, to allow them to do their best work, to be the best they can be, maybe it’s time for us to consider a 21st century solution.

At the risk of oversimplifying the situation, let’s look at elements which are consistently cited as evidence of a holacracy.

It sounds so easy – abolish job titles and “ta-da” you’re a holacracy. It’s not that simple. You have to change mindsets and behaviours while clarifying new expectations. Agreement about who is doing what must be crystal clear. Why?

Otherwise you run the risk of the non-glamorous work being overlooked. Handoffs will become inefficient and business decisions will stall.

Tony Hsieh is the chief executive officer of Zappos. At least he was until the titles were abolished. However simply introducing Hsieh as (insert new descriptor) won’t change how others behave when he is in the room.

Changing to a more egalitarian approach means consistently modelling the new behaviours, the “how business gets done here”.

Instead of having managers and subordinates, Zappos will be made up of 400 “circles”, teams of people who work together. One of the huge benefits I see from this approach is organic growth of a coaching culture.

In a holacracy, coaching, feedback and learning become part of everyone’s job. This fosters a culture of teamwork and continuous improvement – as both a necessity and a new reality.

While the goal of holacracy is empowerment and personal accountability, it doesn’t mean anarchy. There will still be leaders who inform and set direction. Each circle creates and adheres to rules of engagement, where quality of work is monitored.

In a holacracy, the group determines how to distribute tasks and how to hold each other accountable. As a result, micromanagement is removed and senior leaders are no longer “in-the-weeds” – unless they choose to be.

Job titles are not just for internal audiences. Customers are accustomed to interact with your company based on titles.

“I need to call customer service – who do I call if there are no titles?”

In creating a holacracy, you also need to communicate with your external customers and partners. Overlook this critical element and you’ll alienate the very people you are trying to serve. Help customers understand accountability and leadership have not changed.

As I started to research and read about holacracy, I admit my initial approach was, “This is madness.”

I know plenty of organisations that struggle to operate with bad management. The idea of no management left me a little concerned. However, while there may not be many examples of holacracies in practice, they do exist.

And then it dawned on me.

My company is a holacracy. My team and I are all capable of fulfilling any role in the business, whether it’s meeting with a client, designing a new leadership programme, or facilitating an executive retreat. And we all do those without titles and without fuss.

It is one of the many things our clients say they value in our approach to creating a partnership that ensures their success.

It works. It certainly feels like “method” and not “madness” to us.

The question remains, can a company the size of Zappos become a holacracy? Only time will tell. All I know is this, that if anyone can make this work, then Hsieh and the team at Zappos can.

To develop winning and authentic relationships in your organisation, email us at training@leaderonomics.com. For more Be A Leader articles, click here.

Raise Your Game: Self Awareness, The Secret Of High Performance Leadership

Morag Barrett
Morag is the best-selling author of Cultivate: The Power of Winning Relationships and CEO of SkyeTeam, an international HR consulting and leadership development company. Her experience ranges from senior executive coaching to developing leaders and teams across Europe, America and Asia.