How Can You Harness The Power Of Teamwork Today? 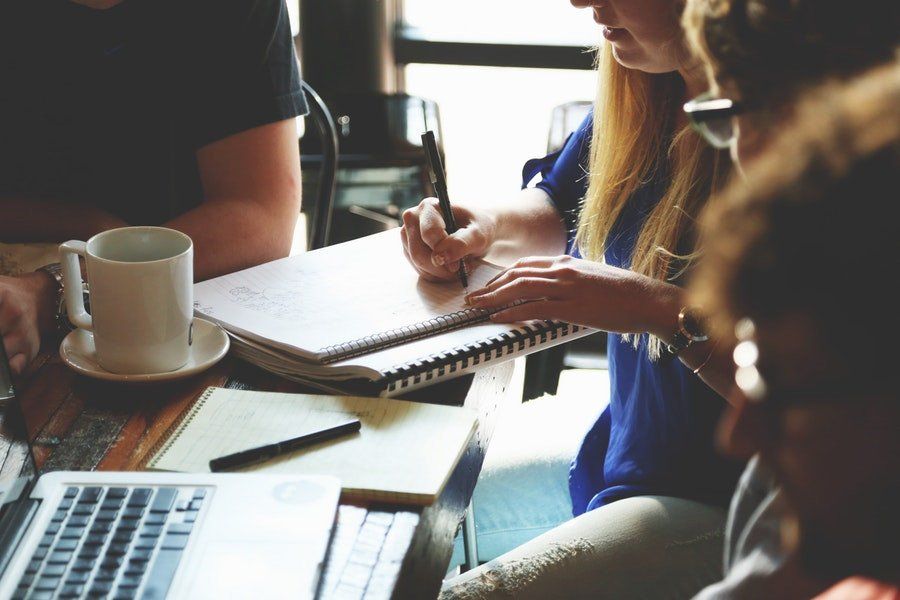 In the future of work, the ability to work collaboratively in teams and to influence others are found in the top 10 soft skills which will determine organisational success or failure.

Massachusetts Information of Technology defined a team as:

“People working together in a committed way to achieve a common goal or mission. The work is inter-dependent and team members share responsibility and hold themselves accountable for attaining the results.”

Leaders need to lead, motivate, encourage, and provide support within teams. The “science of building leaders” (the tag line of Leaderonomics) isn’t going to be worth anything if there isn’t a team to lead in the first place. This is at the core of all our being, whether you are living, working or playing in a community.

Are you a team player?

As humans, we are social beings. Can anyone really say they don’t want to be team players?

A “team” is a dynamic entity and does not exist in the same way or form in every context. How a team is set up, what a team does, and more importantly, why a team is set up are crucial questions we need to ask ourselves at the workplace.

Related post: If You Want To Go Far, Go Together. Here’s Why Teamwork Matters!
Isn’t it funny how you spend all your schooling years striving for individual honours and recognition, be it being on the Dean’s List or being the School Captain. Then boom, all the job ads are asking for this alien concept – “Must be a team player”. What kind of evil ambush is this, I hear you say?

It takes a lot of work to make it work!

A group of people in itself does not necessarily constitute a team. What gels a team together is when members of a team start complementing each other with the skills they have and begin generating synergy through a coordinated effort.

This allows for the maximising of strengths and the minimising of individual weaknesses. When all these issues converge, it inevitably translates to better productivity at work. That, ladies and gentlemen, is the holy grail, isn’t it?

Teams can take many different forms. Let’s look at a few of these.

This is the most common shape we encounter at the traditional workplace where a group of people come together and meet to analyse customer needs, solve problems, promote continuous improvement and share information.

A team in this form is where a member is recruited directly to perform a certain role and the power of team work is necessary to harness the best of talents in delivering the functional team’s goals.

That’s what we call medical surgery teams. Or something more easily identifiable – a football team! Each individual brings to the team a unique skill and experience, and the power of the team is witnessed in the collaboration of these individuals to achieve a particular goal (no pun intended!).

No football player has ever won a game by playing alone.

With the advent of digital technology, this structure is becoming more pervasive. If you are an individual who works from home, works on the go and liaises with your group of people infrequently and only for limited purpose, but to achieve the same goal, then you are operating in a self–managing team.

Understanding the motivation of a team forms a crucial part of deciding how to help build the team. It’s always a question of “why” before you proceed to the “what” and “how”. This is fundamental methodology across the board.

The intrinsic incentive for positive team behaviour differs from team to team and has to be understood before you can build an effective and powerful team!

What are the similarities between the Ryder Cup (golf), the Davis Cup (tennis) and the Thomas Cup (badminton)? If you answered saying Malaysia only has a chance in one of these competitions, you aren’t totally off the mark.

However, that’s not the point that we are trying to make here. While the members contribute their own skills, the overall impact is on the team. The individual’s win or loss determines the team’s win or loss.

We call this an independent team and we see this happening usually within the sales teams in organisations. It is very ‘Adam Smith‘ in its fundamental form to believe that individual efforts will inevitably drive the common benefit.

Similarly, with Barcelona, Bayern Munich, the Selecao – the success of every individual is inextricably bound to the success of the whole team. No significant task can be accomplished without the help and cooperation of all of the members.

No football player, no matter how talented, has ever won a game by playing alone. (Maybe Lionel Messi is an exception to the rule!) This is how an inter-dependent team is exemplified.

This might interest you: How One Bad Team Member Can Screw Up The Entire Team

Where is your team today?

Bruce Tuckman, an American psychologist introduced us to the most popular method of breaking down the lifecycle of teams. Identifying at which stage your team is currently at will enable you to correctly strategise on how to lead forward successfully.

When you first pull together a group of individuals to begin the process of forming a team, everyone is at the forming stage. At this point, your group is still not considered a team. It is still a collection of individuals who are uncertain about roles, goals, and expectations.

The group is pliable and as a leader, it’s your job to seize this opportunity to form the team by setting up the rules of the game. We can see what happened when the forming stage under the then new manager was not handled well by Andre Villas-Boas at Chelsea Football Club in 2011 – there was just no engagement from the team. This made for a quick exit even before the team was able to form.

The first and most important step in building a cohesive and functional team is the establishment of trust. Teamwork must be built on a solid foundation of vulnerability-based trust.

Check out this video on gaining trust:
This means that members of a cohesive, functional team must learn to comfortably and quickly acknowledge, without provocation, their mistakes, weaknesses, failures, and needs for help. They must also readily recognise the strengths of others, even when the strengths exceed their own.

Following the forming stage, teams begin to storm. This becomes an anxious period as the team experiences conflict over goals and more often than not, personalities.

One of the greatest inhibitors of teamwork among executive teams is the fear of conflict, which stems from two separate concerns.

On the one hand, many leaders go to great lengths to avoid conflict among their teams because they worry that they will lose control of the group. Others do so because they see conflict as a waste of time. They prefer to cut meetings and discussions short by jumping to the decision that they believe will ultimately be adopted anyway, leaving more time for implementation and what they think of as “real work”.

Whatever the case, leaders who go to great lengths to avoid conflict often do so believing that they are strengthening their teams by avoiding destructive disagreement. This is ironic, because what they are really doing is stifling productive conflict and pushing important issues that need to be resolved under the carpet where they will fester.

Eventually, those unresolved issues transform into uglier and more personal forms of discord. It thus becomes crucial to the team that this storming stage takes place as it serves to clear the air before everyone can move forward.

Recommended for you: Great Teams Have Great Depth In These 6 Areas

When we get through the storming stage, teams begin to ease into the norming stage at which we see the gelling of individuals crystallising. Teams begin to believe in their collective capabilities and start agreeing on processes and working styles.

Finally, teams then move into the performing stage in which unity prevails and team members work positively, creatively and productively together!

So persevere in the creation of your teams – the outcome is always worth the effort!

To prepare your business to take on the year together with your team, you can also engage with us, and we’ll take your team on an adrenaline-pumping journey of self-discovery through a selection of immersive simulations where you’ll need to overcome hurdles of trust, communication and conflict which reflect common real-life working situations.

To know more about these team-building programmes, get in touch with us at info@leaderonomics.com. Share with us your success story on teamwork at editor@leaderonomics.com or in the comment box provided. For more Consulting Corner articles, click here. 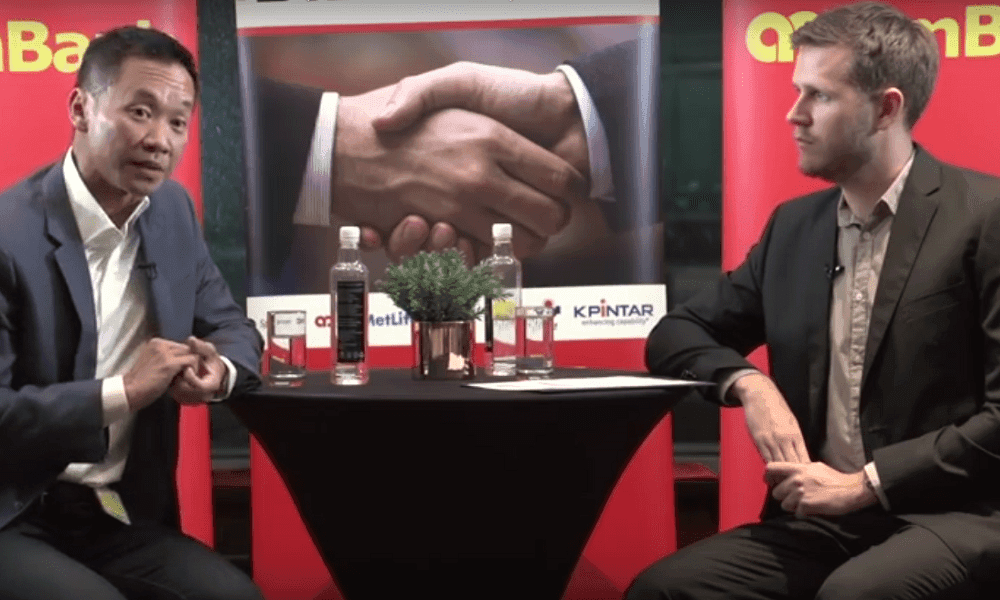