How Do You Get Pass The Gate Of Fear In Your Head? 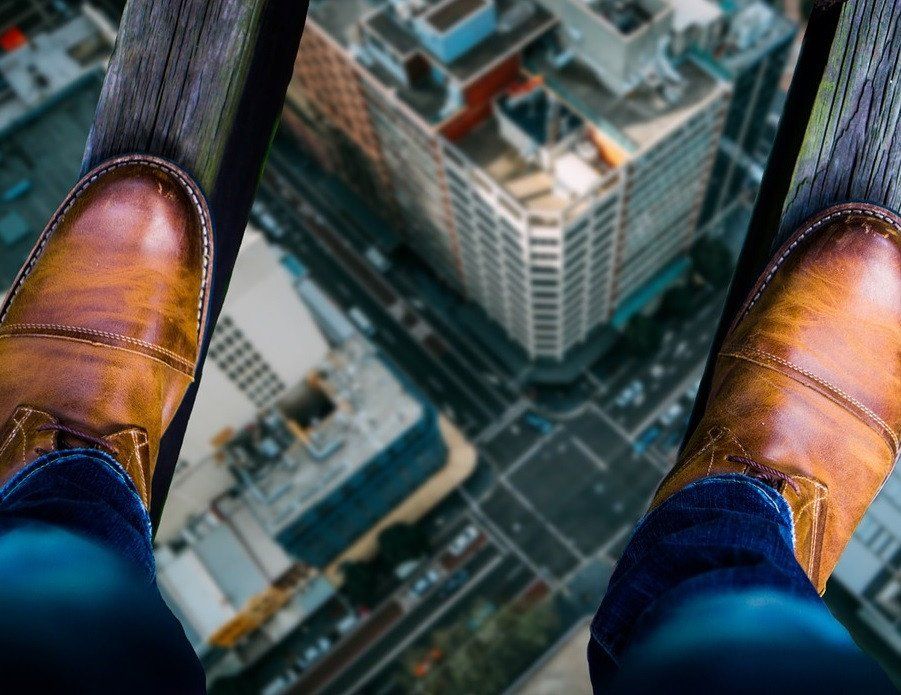 Finding the internal script that will empower us to succeed

I had the privilege to listen to world-renowned motivational speaker and author, Les Brown, speak at the National Achievers Congress in 2014. 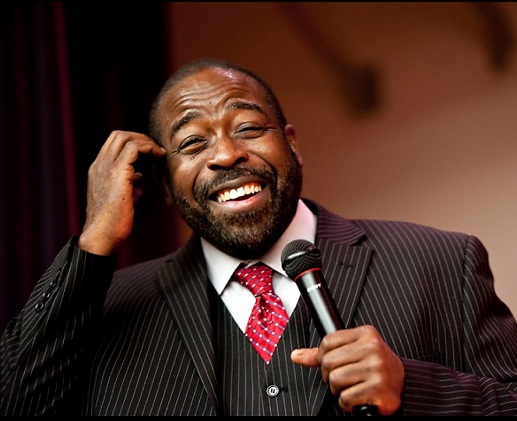 I’ve always believed in the power of dreams and that each of us have the potential to achieve those dreams, however big they may be.

Related post: Leadership Nuggets: Why You Need A Powerful Dream To Inspire You

When we were younger, anything was possible. Nothing was too big or impossible when it comes to our dreams. Whatever we loved doing, we would decide our dream based on it.

Some of us want to be painters, some want to be entrepreneurs, while others may want to be astronauts. As we grew older, we are hit with a good dose of reality. Other experiences we learnt along the way taught us to fear – most of the time, for very good reasons. However, having the potential to achieve your dreams is only as real as the courage to pursue them.

Cheesy as it may sound, I learned that one of the ways to overcome my fears was to find something I really love to do. Finding a dream that you are deeply passionate about will prepare you to take on the challenges that come your way as you are pursuing it.

Being born with brittle bones, there was a lot for me to fear. Every fall I experienced when I was young led to visits to the emergency room for broken bones.

Still, I’ve always been an active kid throughout my childhood. There was something about movement and being in motion that captured me so much that I had to keep moving even when I was wheelchair-bound.

I loved the idea of pushing my physical and mental limits, and that led to my dreams of becoming a Paralympic wheelchair racer and motivational speaker.

I decided to pursue sports even though the fear of sustaining injuries from it is still present till today. However, I knew that if I didn’t pursue my dreams and work towards achieving my potential, I would still be pondering on the “what if” without getting any closer to it.

When was the last time you’ve had a dream so deeply rooted in your passion you would pursue it even if it scares you?

Fear is usually perceived as a negative emotion. We are always told not to be afraid, but we are biologically inclined to avoid things that we fear because fear tells our brain that something could potentially threaten our well-being.

It is an emotion that comes naturally to keep us from harm and in many cases these days, uncomfortable situations. When not kept in check however, it could paralyse us from thriving and achieving our potential.

We tend to have an internal dialogue with ourselves that eventually become something like a “script”. Back when I was afraid of public speaking, I would tell myself things like “I can’t speak in front of this many people” or “I’ll mess up and embarrass myself”.

I found out that when I changed my “internal script” I was no longer as controlled by the fear. Sure, I was still nervous of the idea of speaking to a crowd at the time, but I started telling myself, “Daniel, you have a story to tell and this is your opportunity to inspire.”

Instead of repeating an internal script that fuels the fear, I changed my mindset to see opportunities in the fear that I am facing.

What is the internal script that you are repeating currently? Whenever you face the fear of failure, pause and notice the dialogue in your mind and see how that can be changed to empower you instead. 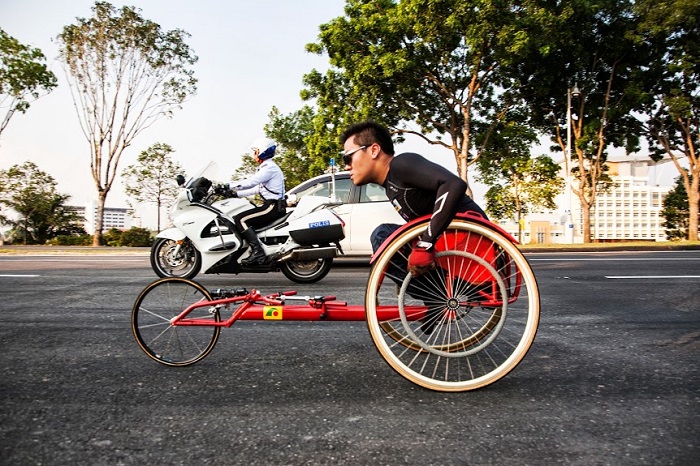 Past results pave the way to the future, not dictate it

To many people, the only thing that could be worse than the fear of failure, is actually experiencing it first-hand. When I worked with school students in the areas of leadership development, it was not unusual to meet a youth who gives up taking leadership roles because they’ve done “badly” in the past.

I believe we can all relate when I say that failures can sometimes intimidate us. Although benchmarking and results give good indication of the progress we are making, I believe that it should pave the way to success in the future, not dictate it.

I have personally given up before because the failures that I experienced pretty much “confirmed” that I could not succeed – at least in my mind. In those instances, I allowed the results to dictate my future.

Take Thomas Edison as an example. If he had looked at the results he produced, no one would have blamed him if he gave up on his creation of the ideal light bulb on the 999th try.

Each progress and setback he experienced led him to the creation of the first commercially viable electric incandescent light bulb.

Whether it’s failures or successes, rather than dictating the future, our past results serve to pave a solid foundation to the future. When we view it in that mindset, we would start learning from our experiences and suddenly fear becomes a non-issue.

One of the most common fears I noticed while working with youths is the fear of public speaking. That also contributed to their fear of taking leadership as most people believe that the ability to capture an audience is closely related to being a leader.

Another thing I learned about overcoming my fears, especially when it involved a lack of skills or competence, is that we need to start building our competence in a small way.

I didn’t have to immediately be the best speaker around. I focused on one small skill, like being able to capture the audience from the start with story-telling.

I realised that as I became better, I grew more confident of my ability as a public speaker. The more confident I became, the more driven I was to improve my skills and become more competent.

So if you have a fear that is related to your competence in a specific skillset, start by working on it in a small way and realise that competence feeds confidence, and vice versa.

If you have a dream that is worth pursuing, there will also be challenges coming your way that may scare you.

Never let fear come in the way of you pursuing your dreams and fulfilling your potential. Nelson Mandela captured it perfectly when he said, “Courage is not the absence of fear but the triumph over it. The brave man is not he who does not feel afraid, but he who conquers that fear.”

Daniel is an inspirational speaker, aspiring athlete and a former Leaderonomer. His current goal is to qualify for the Tokyo 2020 Paralympics and represent Malaysia in the sport of wheelchair racing. He believes that leadership is about making a difference in our own lives and in the lives of the people around us. To support Daniel in his journey, get in touch with him at editor@leaderonomics.com 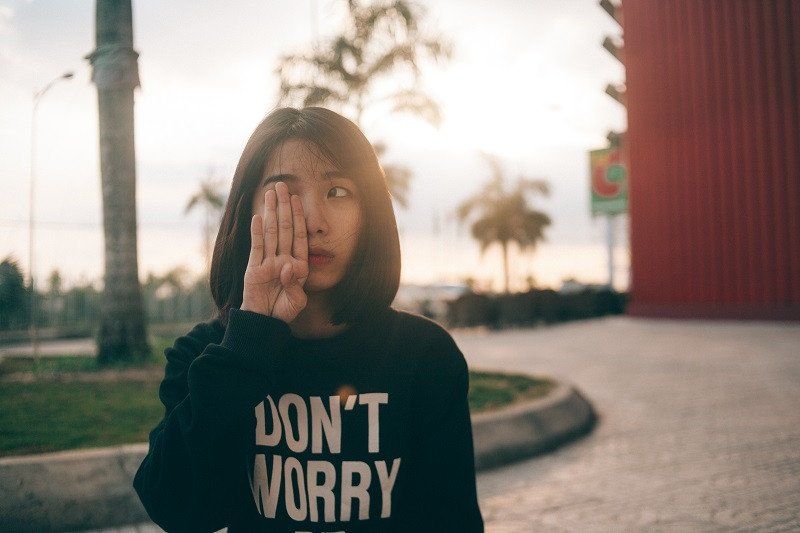