Is Empathy A Bad Decision-Making Guide For Leaders? 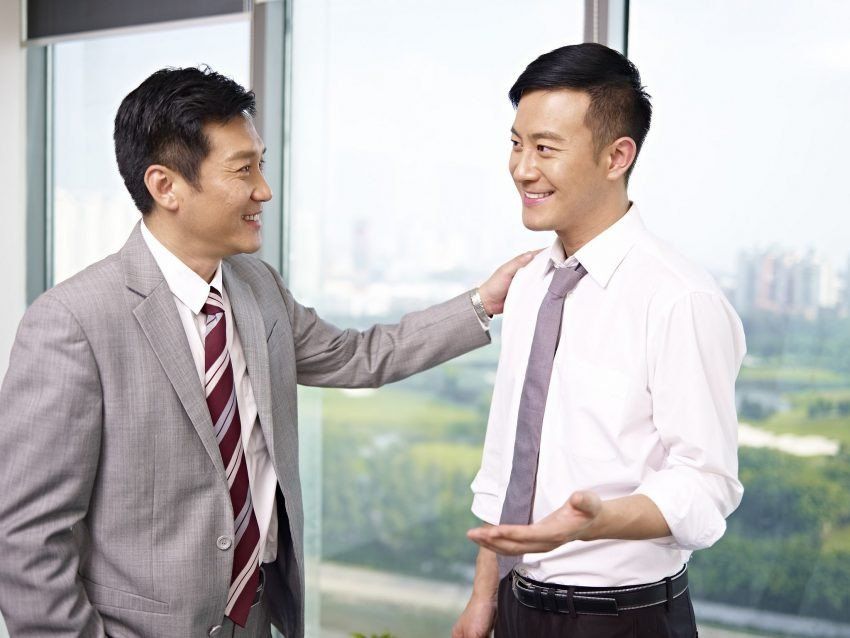 Imagine you were presented with a case of a child who had a terminal illness and was on a waiting list to receive treatment to alleviate her symptoms.

Sheri Summers sits on the list filled with terminally-ill children who also await the treatment. While it won’t cure her of the illness, it will ease her suffering. Given the chance, would you move the girl to the top of the list?

Presented with just the facts, it’s likely that, although you might sympathise with the girl, you would reject the notion of moving her to the top of the list. After all, it’s unfair that one child should receive preferential treatment at the expense of others who would move down the list.

In another person’s shoes

Now imagine you were confronted with the same case, but with a twist. This time, you are encouraged to “put yourself in the girl’s shoes”.

You are invited to feel the fear, the anguish and the pain that Summers feels, and no doubt your mind will also think about how distressed her poor parents must be in watching their precious little girl suffer.

In this scenario, you will journey beyond the realm of sympathy and come to empathise with the young girl. Having been asked to put yourself in her shoes, you are much more likely to move her to the top of the list.

You have made an emotional connection with the case, rather than a rational choice. You’ve also just moved a number of other terminally-ill kids down the list, because they remain anonymous to you.

Such an experiment and its results are cited in the latest book from Yale psychologist Paul Bloom. Against Empathy: The Case for Rational Compassion closely examines the limitations and dangers of empathy when it comes to making moral choices.

Referencing numerous studies, experiments and anecdotes, the book suggests there are better ways that can increase our chances of making the right decision rather than choosing a course of action because it tugs at our heartstrings.

Empathy can deceive our decision-making

Bloom’s compelling case against empathy has provoked strong reaction from people who have criticised his stance. In various ways, they offer the argument that, without empathy, we are bound to become inconsiderate, cold and unfeeling towards others – particularly when they’re in need of help.

For the Yale professor, many of us start from this point of view due to “a lack of moral imagination”.

There are, he says, many motivations that drive us to act: religious belief, our personal philosophy, love, sympathy, anger, guilt and shame. We might feel that empathy is the be-all and end-all with regard to performing good acts but there are better ways to go about this, such as rational compassion.

One of the problems with empathy is that it’s innumerate: empathy compels us to care for the one rather than 100 due to its narrow spotlight focus. On an intellectual level, most of us are likely to agree that 100 lives are more valuable than one.

However, when one life is relatable to us and the lives of 100 are not, the powerful emotion of empathy transforms what we’d ordinarily see as an immoral action into something of a sensible and rational choice.

A counter argument to this might be, “Surely some biases are OK? Of course I’m going to care more about people closer to me than those who are distant and anonymous. Isn’t that the kind of survival instinct that allowed us to get this far in the first place?”

To this, Bloom replies, “Some bias is OK. I’ll care a lot more about my children than I care about you, and I don’t think there’s a moral mistake there – I think it’s actually a good thing. You might argue that it’s sensible to care more about your neighbour than a faraway stranger, with all else being equal.

“But some of empathy’s biases are just moronic. For example, we might feel that a person in the street doesn’t matter as much if they’re ugly, compared to if they’re attractive.

“Or if a person’s black, they might not feel as important to us as a white person. Most people would say that’s stupid.

“I address this early in my book by saying that I’m going to assume that people agree that skin colour is morally irrelevant, that 100 lives is worth more than one. If you disagree with me on that, I don’t really have much to say to you. If you tell me you think one life is worth more than 100, I’ll tell you I think you’re an idiot.

“While I don’t get universal agreement on empathy, nobody pushes back when I say skin colour or a person’s level of attractiveness shouldn’t matter.

“Those kinds of biases, produced by empathy, are recognised by people as poor biases. They might argue that we can override them or that they’re a necessary evil; but I haven’t met anybody who accepts the biases produced by empathy.”

The good and bad of empathy

In Against Empathy, the Yale professor is keen to stress that empathy isn’t always a terrible tool to use when making decisions.

If someone needs help, empathy can encourage us to offer the assistance we can give; however, the research suggests that empathy isn’t a great guide when it comes to making moral decisions. We can see why this is across a number of dilemmas in leadership.

For example, imagine the teacher who is approached by a student who has failed an assignment by just a few marks. The student shares a story of woe that explains why they haven’t performed to their usual standard, and pleads for the marks to be bumped up… just this once.

Compelling though their story might be, to empathise with the student and agree to their request demeans the hard work of the other students who also failed by just a few marks.

It also ignores the possibility that some of them might have similarly upsetting explanations for their poor performance – they simply haven’t come forward. By bumping up the marks for one student, empathy induces bias at the expense of fairness: the teacher has acted on emotion rather than reason.

How empathy clouds our judgment

Let’s take a look at ways in which empathy can cloud the otherwise better judgment of those in leadership positions:

The leader who carries the weight of 10 sorry tales from employees is one that risks being emotionally burnt out.

Leaders who always look to place the needs of others above their own stand to see increased levels of stress and anxiety, as well as other psychological consequences.

2. It can diminish connection with others

The more empathy you have for one person, the less you have for others. In one study, researchers pointed to excessive empathy in the workplace leading to a decrease in the ability to connect with friends and family at home which, over time, can negatively affect relationships.

3. It disorientates our moral compass

When a leader promotes a person based on shared qualities and interests, rather than because the person is the ideal candidate for the job, empathy is the driver behind such a questionable decision.

Similarly, the teacher who bumps up the mark after hearing a student’s sorrowful story is also being influenced by empathy, which might appear on the surface to be a kind act. However, it not only does the student a disservice in the long run, it also diregards the efforts of other students.

Is empathy bad for us?

It’s important to keep in mind that, just because empathy isn’t great at helping us to make moral choices (such as voting for dubious political leaders, for example), it doesn’t mean that it is inherently a bad quality.

However, empathy doesn’t make us good people, either – rather, it simply amplifies the qualities we have within us.

In his book, Bloom writes, “It’s not that empathy itself automatically leads to kindness. Rather, it has to connect to kindness that already exists. Empathy makes good people better, then, because kind people don’t like suffering, and empathy makes this suffering salient.

“If you made a sadist more empathic, it would just lead to a happier sadist, and if I were indifferent to the baby’s suffering, her crying would be nothing more than an annoyance.”

Be rational, be compassionate

With the limitations of empathy, why is rational compassion such a great substitute?

In his book Fragile Lives: A Heart Surgeon’s Stories of Life and Death on the Operating Table, renowned heart surgeon Professor Stephen Westaby writes: “Some would suggest that empathy is the key to being a good doctor, the ‘key to compassionate care,’ whatever that means. But if we really considered the enormity and sadness of every tragedy played out in this unit we’d all drown.”

We need our doctors to understand our pain, insists Bloom, rather than feel our pain. Compassion allows them to get a sense of what a person might be going through and also allows the distance needed to help their patients effectively without getting caught up in their suffering.

A misconception of empathy is that a lack of it will lead us to carrying immoral and unethical actions if we fail to step into the shoes of another person.

As Bloom argues in Against Empathy, we should place empathy under the same scrutiny as any other motivation, particularly as it can compel us towards taking the kinds of actions from which we blindly believe empathy steers us.

In leadership, too much empathy can lead to all kinds of poor decisions. Finance managers don’t set budgets based on how they feel they should be set.

Instead, they make careful considerations when it comes to allocating money and resources. While empathy can certainly be used to inform decisions within appropriate contexts, leaders benefit most by taking a considerate and thoughtful approach to their decision-making.

As Bloom advises, “You should be rational, you should be compassionate, and you should care about other people.
“We should make judgments more with our heads and less with our hearts. Of course, you need some kind of motivation to take action, but for that, compassion is better than empathy.” 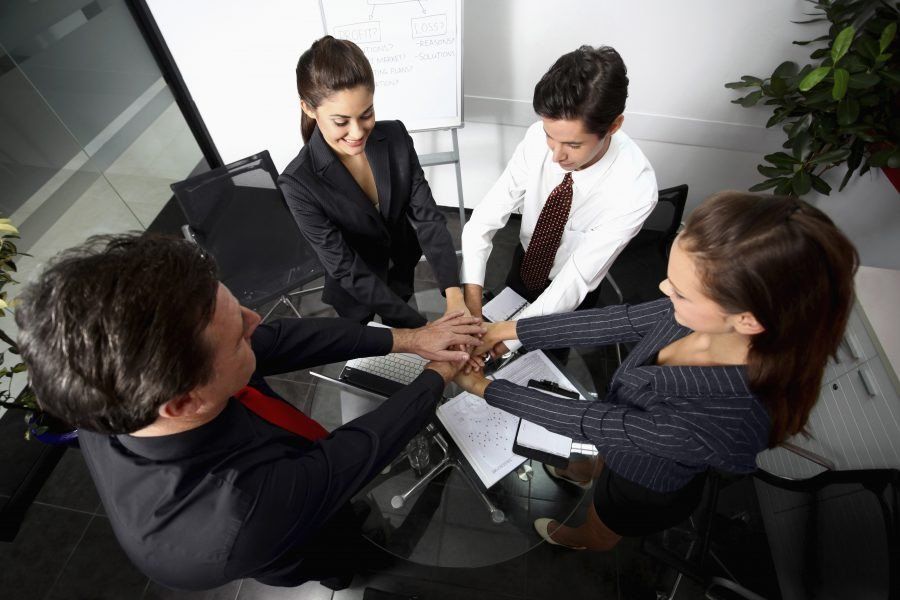 5 Simple Strategies To Get You Through The Day