How To Disagree With The Boss Agreeably 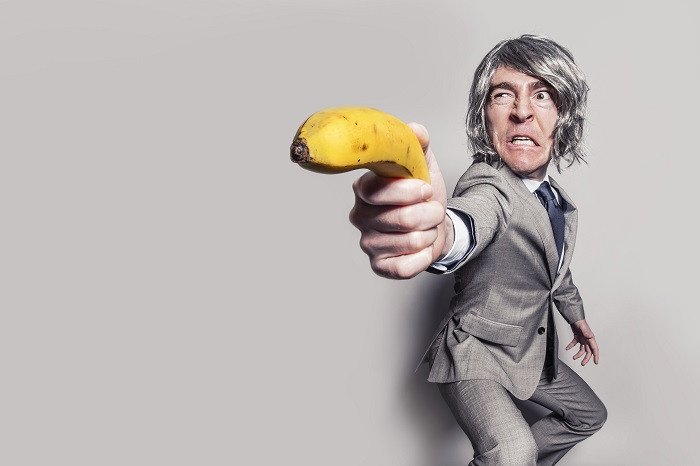 Six months earlier he was hired by Najib, a wealthy and powerful man in Dubai, to turn around the flagging reputation and prospects of a five-star business hotel.

It took little time for Harsha to identify three areas of focus he was confident would rapidly improve ratings at popular review sites.

First, he would update the look; second, he would invest more in training staff; and third, he would curb the hotel’s reputation as a haven for sex workers.

The women in the bars were easily dealt with. Harsha’s security detail discreetly requested they leave, and most did. It was trickier to deter those roaming the halls of guest rooms. But within a few weeks of beefed up security patrols, Harsha was pleased to see reviews stating his was “The cleanest hotel in Dubai.” As reputation improved, so did bookings.

Call from the boss

Harsha’s growing satisfaction was shattered at midnight one Saturday by a menacing call from Najib.

When Harsha answered, Najib attacked, “You will not harass anyone coming to my hotel. You’re losing business. You have five minutes to call off security or I will have you removed.”

Harsha walked straight to his office, closed the door and tried to breathe. His mind raced. He considered packing his bags and leaving. He deliberated about legal measures. He berated himself for failing to respond in his own defence.

An irony of leadership is that while chief executive officers despair that “Nobody tells me the truth,” their staff fret that “I can’t speak my mind to the boss.”

The result is a stifling of the flow of information up the chain of command that results in uninformed decisions and avoidable crises.

Clearly there’s a lot that bosses should do to invite greater candour. But we’ve been surprised over the years to find that even in the most stultifying cultures there are usually a handful of people who know how to speak truth to power.

When people tell us, “People here are terrified of the boss!” we’ll respond, “OK, but is there anyone here who speaks up anyway, in fact, is appreciated for doing so?”

We have yet to find an organisation where at least a couple of names aren’t offered. We’ve studied the tactics of this interesting group and found there are ways to disagree agreeably.

Harsha showed us four of them.

When Harsha took the position he knew he was facing a steep power gradient. Najib was a man who was unfamiliar with disagreement.

And yet Harsha knew that his success would depend upon maintaining his independent management of the hotel.

When inevitable encroachment of that independence occurred, he would need to be able to discuss it with Najib.

So in their initial interview he described this need—and contracted for the licence to express concerns. “Mr. Najib,

I expect you and I will disagree at times. I need to know that when this happens you will allow me to express my concerns.

Without this assurance, I cannot bring my full talents to this job.” Najib agreed. The boss is much less likely to take offence at disagreement if s/he has invited it.

Effective communicators don’t wait for the need to disagree—they hold a separate conversation when the stakes are low and emotions are calm to contract with the boss about how to manage these moments.

This psychological contract becomes a powerful referent when emotions are high as it helps the boss hold the disagreement in a healthier way that minimises defensiveness.

When the boss gets defensive it’s for one of two reasons. The first is because he believes your dissent is a threat to his goals.

Defences are far less provoked by content than they are by perceived intent.

You can be far more candid about your view if you frame it in the context of a mutual purpose the boss already cares about.

If you fail to do this, the boss may believe your disagreement signals a lack of commitment to her interests.

The second trigger for defensiveness is perceived disrespect. Most of us assume you have to choose between candour and respect.

If you want to be respectful, you have to dilute your disagreement.

If you want to be honest, you’re going to have to hurt some feelings. Showing proper deference to the boss means sugar-coating your opinions.

This is a false dichotomy. It is possible to do both. There are ways to be 100 per cent respectful and 100 per cent honest at the same time. With bosses, respect comes first.

You must find a way to assure them you respect them and their position. When that is secure, you can venture into expressing your views.

4. Give him a reason to give you permission to disagree

Asking permission is a powerful way of honouring the position of the boss and avoiding unnecessary provocation. The trick is to ask permission while giving the boss a reason to give it to you!

Harsha complied with Najib’s immediate demand. Over the next two days, he tried to understand what happened.

Apparently some of Najib’s friends had been embarrassed earlier in the evening when security had refused hotel entry to their female escorts.

Harsha understood the cultural embarrassment this caused Najib. His friends had been treated inhospitably on his own property.

Harsha thought carefully about how he demonstrate deep respect for Najib’s predicament and position in a culturally appropriate way—while still finding a way to candidly lay out his requirements for continuing in the position. 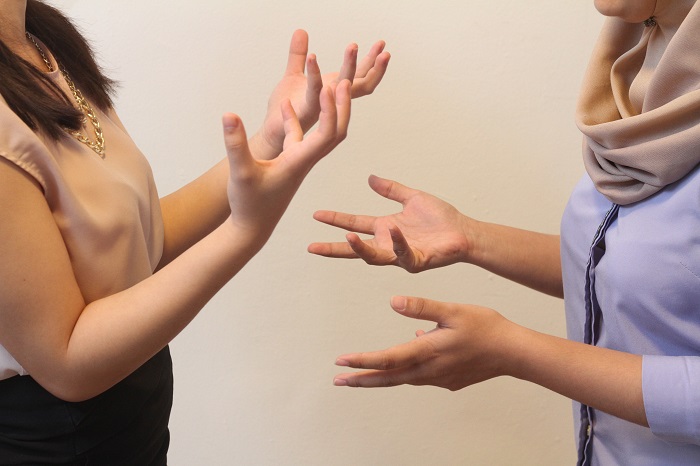 “I will sit outside your gate.”

Three days after the incident Harsha called Najib and requested a meeting. Najib did not answer. Harsha hadn’t expected him to. He did not take offense, but considered the inconvenience an opportunity to show deference to Najib.

After three unsuccessful attempts, Harsha drove to Najib’s residence. He removed a mat from his trunk and set it outside the massive gilded gate.

He withdrew his phone from his pocket and sent a text stating, “Sir, I request the privilege of speaking with you. I understand you are busy. I will sit outside your gate until it is convenient for you.”

With that, Harsha doffed his sports jacket and sat on his mat under the Middle Eastern sun. It was well over 100 degrees Fahrenheit and 80 per cent humidity.

Two and a half hours later, the gate swung open. His humble expression of deference was accepted. Harsha was escorted to a room where Najib sat waiting.

Najib greeted Harsha curtly without rising and motioned for him to sit. He placed his hands in his lap and looked at a place on the wall.

Harsha knew this was as good as it was going to get. So he began.

The art of authenticity

“Mr. Najib, I thank you for allowing me this time. I will understand when we are through if you prefer another manager. I will not oppose your wishes. My entire goal has been to please you with my stewardship of your property.

I have never wanted to be obstinate or oppose your wishes for your hotel. I am sorry if I behaved in ways that made it appear I did. I want the hotel to be profitable. And I want it to be hospitable to your friends.”

Najib’s eyes were still locked on the wall—but his face softened a little as Harsha continued.
“When we first met, I failed to explain some things about myself that I realise now were significant. May I have five minutes to present you with that information?”
Najib nodded slightly.

Harsha was the illegitimate son of a sex worker in India. His mother was driven to the sex trade after her husband abandoned her and Harsha’s three older siblings. His religious faith and moral code had helped him believe he could transcend his disgraceful upbringing.

When Harsha finished sharing poignant details of his life, Najib wept softly. Quietly, he said, “I understand why you’ve done this. I want to be such a man.”

Harsha thanked him for his understanding. Then he added frankly but calmly, “There are certain things I need or I cannot continue to work at the hotel. If you do not want to extend those to me, I understand and will resign so you can get a manager you feel good about.”

Najib now looked directly at him and said, “You are the manager I want. I will make every accommodation so you can lead with integrity and success.”

Some may find Harsha’s solution extreme. He did not. Often, the difference between grovelling and deference is authenticity. Harsha understood the signal Najib needed in order to feel respected and was willing to offer it. Having done so, he protected his self-respect as well by authentically expressing his needs.

A common—and less dramatic—way skilful people ensure dissent is not misinterpreted, is by contrasting. A contrast is a simple “don’t mean/do mean” that inoculates the boss from misinterpreting your intent.

For example, one manager who wanted to express ethical reservations about a boss’s decision began, “I’d like to share a concern but am worried it will sound like I doubt your character. I don’t. And yet I don’t think I’d be fully loyal if I didn’t share my perspective. May I do so?”

When powerful people shut you down, it may not be because they are incapable of brooking dissent. It may be that they mistake dissent for disrespect.

By contracting up front for candour, clarifying his intent before diving into the content of his concerns, and giving his boss a reason to give him permission to disagree—Harsha found a way to disagree far more agreeably.

Joseph Grenny is a four-time New York Times bestselling author, keynote speaker, and social scientist for business performance. His passion and expertise is human behaviour and its impact on business performance and relationships. His work has been translated into 28 languages and has generated results for 300 of the Fortune 500. Joseph has been a contributing columnist for BusinessWeek, Forbes, and Harvard Business Review. He has appeared on The Today Show, CNN, Bloomberg, and Fox Business News, and been cited in hundreds of national news publications including The Wall Street Journal, The New York Times, and USA Today. Joseph is the co-founder of VitalSmarts, an organisation committed to teaching others how to effectively change human behaviour. To engage with him, e-mail us at editor@leaderonomics.com. For more How To articles, click here. 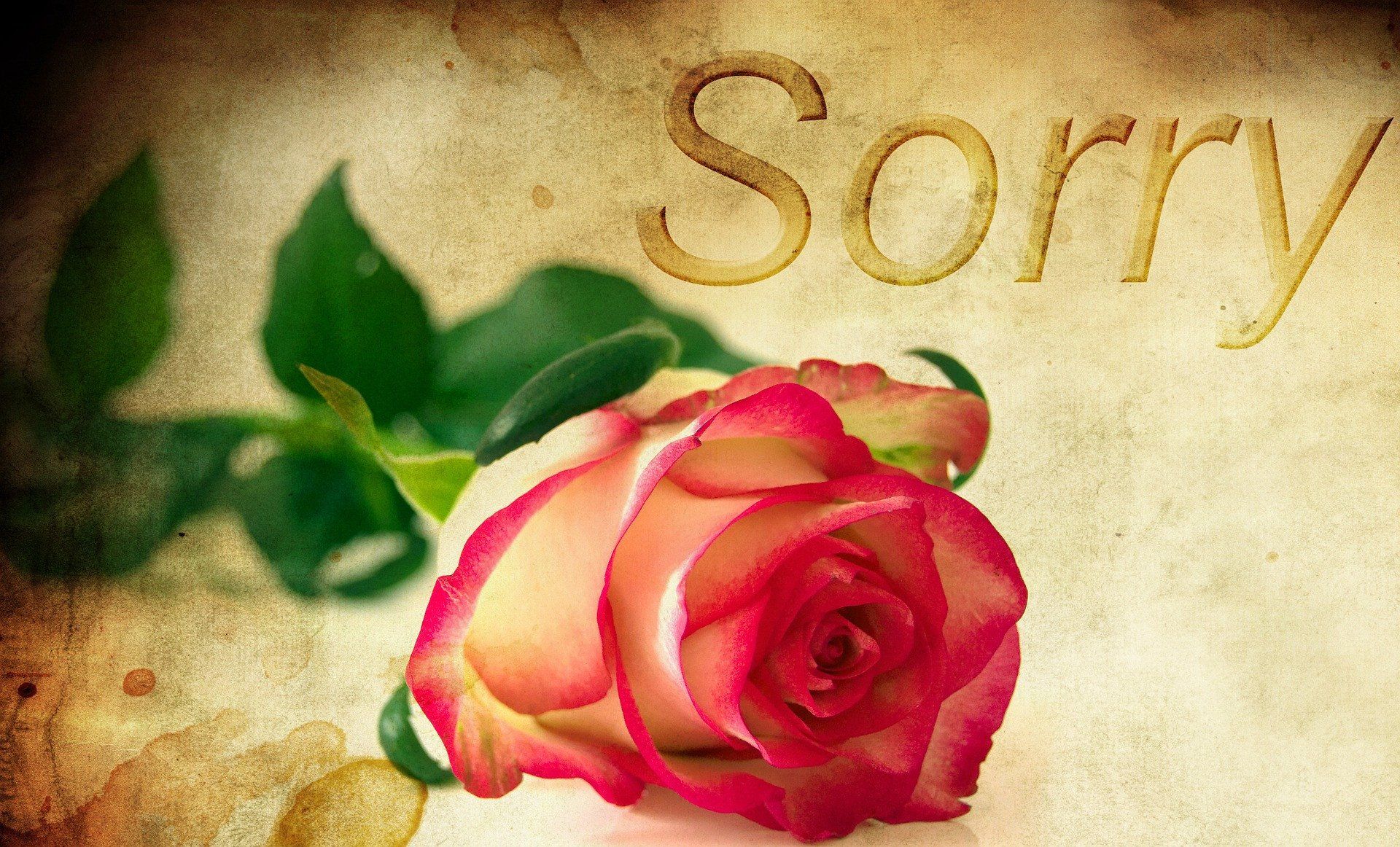