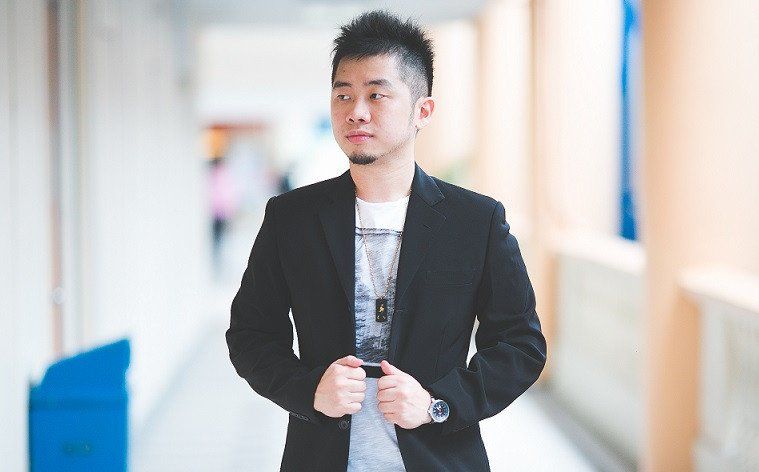 Photo (above): The man behind Bro, Don’t Like That La, Bro comic blog, Ernest Ng (photo courtesy of Rice Photos)

During my childhood days, I got a glimpse into the world of Lao Fu Tze (Old Master Q), Peanuts, Lat and Gila-Gila comics, thanks to the influence of my brothers.

I almost believed that one of my brothers would end up as a comic artist. He used to doodle a series of original comics with distinctive stick figures in a collection of diary books. In fact, it became quite a serious hobby that he even gave these comics a name.

Fascinated even as a child back then, I’ve always wondered about the life of comic artists, who incessantly tickle our funny bones with their drawings, bubble talks (sometimes none at all) and exaggerated cartoon characters.

Since my brother didn’t end up a comic artist, I got in touch with Ernest Ng, the comic blogger behind Bro, Don’t Like That La, Bro, in an attempt to extract his creative juices, and get him to share his journey as a comic artist.

As far as he can remember, Ng, the second of three children to a doctor and a nurse, has been drawing since he was five. He also realised he has a knack for making people laugh.

Ng’s talents only need to be further nurtured for him to unleash its fullest potential in art and humour.

Essentially, Ng was self-aware in his early age that he was more inclined to the creative industry, and thus had no interest to follow in his parents’ footsteps in the medical field.

When asked about his parents’ response to his unconventional career path, he says, “My parents didn’t say much because initially they thought it can be just a hobby while I have a full-time job.”

“Then the comic series suddenly had a huge following among friends, families and readers, so I just decided to invest my time and energy fully into it. They are really supportive now considering that I declined taking up medical science to pursue what I love to do best,” continues Ng.

To the uninitiated, Bro, Don’t Like That La, Bro is a comic biography of Ng and his other four childhood friends affectionately referred to as “bros”.

In the Malaysian context of “bro” culture, one can only imagine the many mischiefs and crazy things they encounter and do together in their daily lives.

“I realised I had a lot of stories to tell about the misadventures that I had with my ‘bros’. Initially I wanted to write about them, but I felt that I can tell the stories better if I drew them,” explains Ng, who hails from Malacca, when asked about his comic blog.

“About 95% of the things illustrated in the comics somehow happened in real life at some point in our lives. You can say that I have single-handedly exposed most of their secrets and embarrassing stories virtually to the whole world!” jokes Ng, who has a degree in mass communications.

Currently a full-time comic artist, I asked Ng how his typical day is like, and he describes, “Every day is pretty much the same. I wake up, check my emails and social media updates over a cup of coffee, and the day pretty much begins thereon.”

“I’d spend most of my time at my workstation just drawing and drafting out ideas for my next comic or content for my next book. If it gets a bit too much, I’d kick back and play a bit of video games to unwind,” reveals Ng.

Inspired by his “bros”, friends and the people around him, Ng tends to imagine people in a cartoonish kind of way.
Since the format of his entries is concise, usually on a six-frame comic strips, Ng’s challenge is always on how to fit an entire story into these frames without losing the actual core and hilarity of the story.

Ng once shared during an interview with Bernama TV:

“Always be yourself, and don’t beg people to read your comics. Instead, share your works with the people around you, and if they like what they see, they will automatically come back for more.”

Giggle and hoots (of laughter)

As with any other careers, Ng also experiences his ups and downs as a comic artist.

“Back then, there were many incidences where people rejected my plans. Some would try to have me draw for them for free in exchange for exposure. Along the way you learn how to handle such situations in an acceptable manner,” describes Ng on some of the early challenges he faced as a comic artist.

“My biggest challenge now is to try to do as many things as possible in the shortest time. As a content creator in the comic sphere, we always aim to put out as much content as possible to keep up with the expectations of our readers.”

However, he counts his blessings for open doors and opportunities to meet different kinds of creative people who are also in the same content creation field.

“It feels right at home every time we talk about ideas and its implementations,” says the multitalented Ng, who has two comic books so far under his belt, namely Here Comes The Bros and Back to School, which made it to the top bestseller’s list in our local bookstores.

Through his comic, what does Ng hope to achieve at the end of the day?

“That my work will always make people laugh and entertained. It brings joy to me when someone sends me a fan mail telling me that my comics have taken their blues away.”

“I always strive to be better than yesterday. Also, I avoid things that hold me back, and I aim to improve myself every single day.”

According to Ng, drawing comics is not easy, yet it is not impossible, as long as you put in your utmost dedication and perseverance to pull through.

“Just make sure you’ve had a lot of practice and patience into your craft. Most importantly, if you have a story to tell and want to share it via comics, don’t let anything stop you,” advises Ng to aspiring comic artists out there.

“Someone whom I consider my mentor once said, ‘If you love doing something, you will always find a way to make it work,’” continues Ng.

No doubt, the best comics are stories that are relatable to readers. Now we know that behind every successful comic artist, lies a great storyteller, and that rings true in Ng’s case.

As Ng concludes it himself:

“When you do something you love, everything else will just gel. And you’ll feel great doing it!”

Well said, Ernest, and I wish you the best in your upcoming projects.

Want to know the name of the comic strip created by the writer’s brother? Send in your guesses, and other feedback to editor@leaderonomics.com or in the comment box provided. For more A Day In The Life features, click here.

Published in English daily The Star, Malaysia, 2 May 2015 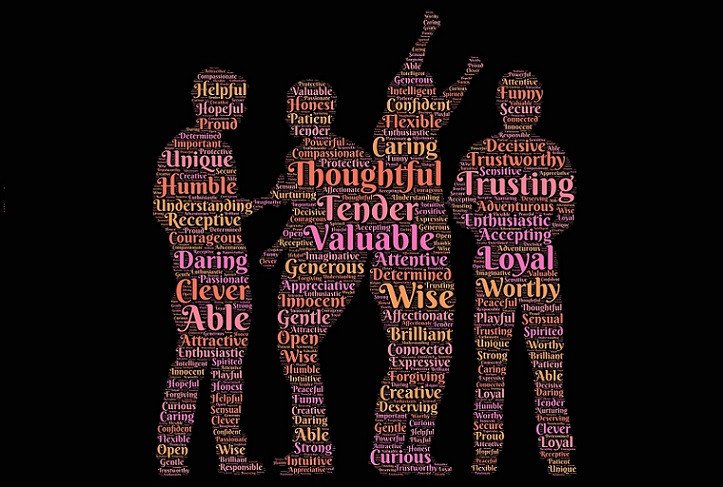