The Brain Drain Epidemic In Asia 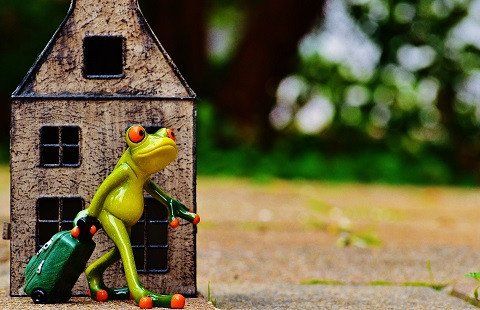 With an initial plan of attaining permanent residence in New Zealand, Dr Goh Chee Leong and his wife made a life-changing decision to return to Malaysia instead, to serve their home country.

The dean of the faculty of Behavioural Sciences at HELP University revealed there were two main factors that drew them back to Malaysia.

He said, “One, we wanted to spend time with our families, as we had been away for a long time. Two, we wanted to make an impact in our country.”

Similar to Goh, there are many Malaysians who have returned to their homeland to share their talent, expertise, and experiences.

However, the issue of brain drain, that is, the emigration of skilled and intellectual individuals, continues to persist.

Goh admitted that it is challenging to recruit Malaysian talents abroad, especially if they reside in developed countries, where there is a better source of income and lifestyle.

He claims the only way to reach out to these individuals is through raising awareness of the available opportunities to make an impact in a growing economy like Malaysia.

Goh also insists that Malaysians abroad who do not intend to return can still contribute to their country in other ways.

They can help by providing ideas and solutions to develop the nation, introducing particular programmes, and assisting with data collection for research studies.

Apart from Malaysia, other developing countries in Asia, such as India and China, have also been battling the brain drain phenomenon for some time.

According to Unesco, 153,000 students go abroad every year to pursue their higher education due to “grade inflation, 100% cut-off requirements for college admissions, reservation policy and a lack of good quality education”.

Data from the National Science Foundation revealed that as of 2008, only 5.2% Indians returned to their homeland.

However, the combined effect of the dot-com boom and the global financial crisis in 2008, forced many Indians to return home.

Other reasons include the fact that some were unable to establish their own businesses or ventures in the countries they were at, and were faced with difficulties gaining visas for their relatives.

With numerous MNCs such as Google and Microsoft setting up base in India, and the growing demands in IT, pharmaceutics, biotechnology and engineering fields, numerous business and job opportunities began to open up.

Thus, many non-resident Indians (NRIs) see India as a growing economy with opportunities for growth in their careers.

In line with India’s Prime Minister Narendra Modi’s vision to make science, technology and innovation a national priority, the government has managed to lure highly-talented NRI scientists back home, with placements in their Ministry of Science and Technology. As a result, 500 scientists have returned to India in the past seven years.

The government also established The Ramanujam Fellowship, Innovation in Science Pursuit for Inspired Research programme, and the Ramalingaswamy Fellowship, to encourage the return of NRIs.

Further, efforts to boost the economy such as the “Make in India” campaign, launched by Modi last year, was established to boost business opportunities and foreign investments, which would also consequently create more job opportunities and grow the nation.

For a country that began to lose its talent two decades ago, it is a considerable achievement that India is now starting to observe a reverse in the brain drain trend.

Since its market reform in 1978, China has seen a huge economy growth and is now the second largest economy in the world.

Yet, this country is still a developing nation. In fact, People’s Daily of China claimed last June that “China is suffering from the world’s worst brain drain.”

Data from 2013 from the Ministry of Education revealed that, out of the 3.05 million students sent abroad, 818,400 have returned.

Some of the reasons Chinese nationals tend to go abroad include wealthy Chinese wanting to protect their wealth, the pursuit of a better lifestyle, and to look for better job and education opportunities.

The Chinese government also devised a medium and long-term talent development plan (2010-2020) with a goal to transform the nation from a manufacturing sector to one of innovation.

Data from a study, conducted by Chinese researchers Wang Huiyao and Yue Bao, showed that as a result of these initiatives, 20,000 highly-skilled individuals returned home.

In fact, in more general terms, the number of returnees to China had moved up by 13% annually since 1995.

In an interview Wang Huiyao, president of the Centre for China and Globalisation, said that the return rate of Chinese nationals is indeed getting higher every year.

“However, there are two things China needs to be cautious of. One is that the return rate for high-level talent isn’t that high, especially for those doing a PhD in the engineering and science fields in the United States.

“Second, China needs to establish immigration or talent-attracting programmes to attract non-Chinese talents as well, rather than focusing on merely attracting Chinese nationals.”

Looking at our own nation Malaysia, more than 3,600 applications of Malaysians returnees have been approved via TalentCorp’s Returning Expert Programme (REP).

Aside form raising awareness of the available world-class professional opportunities in Malaysia and enabling overseas Malaysians to contribute from abroad, TalentCorp has undertaken several efforts to further facilitate the return of Malaysian professionals.

This includes the development of fast-track application process, Global Malaysians digital job board collaboration with myStarjob.com, JPA Management Apprenticeship programme and a revision of REP in April 2014.

Johan Mahmood Merican, the CEO of TalentCorp was quoted saying, “The overall job market remains resilient with the unemployment rate maintained at around 3% and job postings on portals such as Jobstreet.com remaining at comparable levels to last year.

“There continues to be demand for talent, including from export-orientated sectors, and this reflected in healthy wage growth in various occupations in demands.”

Prethiba is passionate about making a difference to the society that she was brought up in. She believes the responsibility of growing and developing Malaysia falls on every single one of us, and that it is up to us to change our perspectives, take a step forward and lead the nation in its development. To engage with her, write to prethiba.esvary@leaderonomics.com. 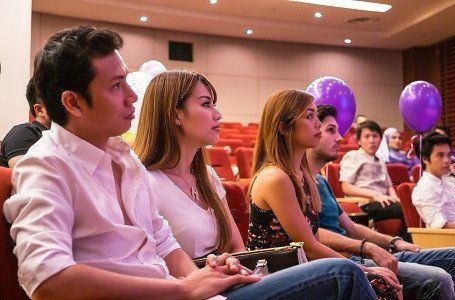