The Stanford Prison Experiment: Are We Bad Apples Or Just In Bad Barrels? 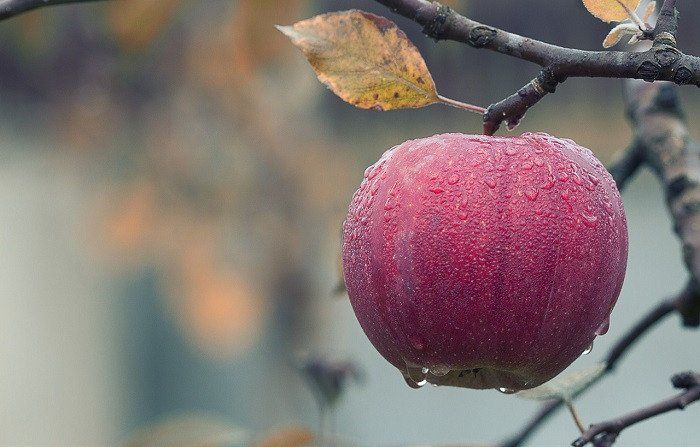 On Aug 14, 1971, psychologist Philip Zimbardo began his now infamous Stanford Prison Experiment. Twenty four mostly middle class and white males—who were deemed mentally fit—were selected for the study. They were randomly assigned the role of prisoner or guard while Zimbardo assumed the role of superintendent. The guards attended an orientation session for their position. They were advised as to what was appropriate behaviour for a guard then provided with uniform and wooden baton to establish their status. They were also instructed to refer to prisoners by their assigned number and not their names.

The prisoners were “arrested” at their homes and “charged” with armed robbery by the local Palo Alto police department and went through the full standard prison booking procedure. Each of them was assigned a cell with two other “inmates.”

The prisoners were to stay in their cells or at the yard all day and night until the end of the study. The guards worked in teams of three for eight-hour shifts. The guards did not have to stay on site after their shift.

“The landmark Stanford study provides a cautionary tale for all military detention operations. . . . Psychologists have attempted to understand how and why individuals and groups who usually act humanely can sometimes act otherwise in certain circumstances.” —Schlesinger Independent Commission Report

Guards began to use psychological tactics to control the prisoners. They set up a “privilege cell” in which prisoners who were not involved in the riot were treated with special rewards, such as higher quality meals. The “privileged” inmates chose to not eat the meal in commiseration with their fellow prisoners.

The experiment continued to unravel with one prisoner having bouts of rage and other prisoners becoming more and more unpredictable. The guards began to become physically, emotionally and mentally abusive—dehumanising their wards. In fact, one-third of the guards were observed by research assistants to have sadistic tendencies.

Zimbardo himself became absorbed into the study and was advised by his research assistant (now wife) Christina Maslach to abort the experiment early as the conditions were appalling. After only six days of a planned two weeks, the Stanford Prison Experiment was discontinued.

The results of this study suggest that there are situational factors that significantly influence our personality. This experiment was brought to light with the torture of inmates by American soldiers in Abu Ghraib in 2004. Zimbardo concluded that official military and government representatives shifted the blame on to a few “bad apples” instead of addressing systemic concerns of established military incarceration system. 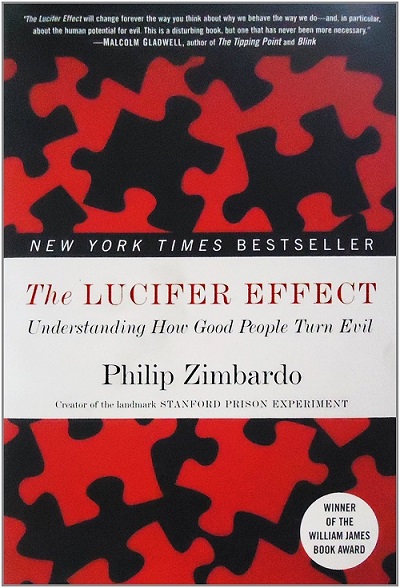 The title of Zimbardo’s book, The Lucifer Effect, is derived from the metamorphosis of Lucifer into Satan. Lucifer was once God’s most beloved angel but eventually was banished to Hell for challenging God’s authority. Zimbardo’s main theory suggests that people often shift from good to evil due to situational influences and power disparity.

It is valid question though. How much of a role are our organisational structures and policies playing in the disintegration of their subordinate’s values, morals and ethics?

The book has led Zimbardo to focus on the Banality of Heroism. He writes that heroes come in two types: the ones with legacies, like Nelson Mandela, Martin Luther King Jr., Gandhi, Mother Teresa, and heroes of the moment such as whistle-blowers, the brave ones fighting in war or the ones who were courageous. People who did the right thing, at the right time. People who live ordinary lives who behaved extraordinarily in an unforeseen instance. But, how do we develop this mindset? Are we ready to act?

A ten-step programme to build resistance and resilience

Step no. 1 – ‘I made a mistake!’
Encouraging oneself and others to admit a mistake and to accept that it merely makes us human is the first step to being open and aware.

Step no. 2 – ‘I am mindful.’
Stop. Take a minute to assess what is going on. Reflect on the week. Companies should give employees the time and space to do this from time to time.

Step no. 3 – ‘I am responsible.’
Diffusion of responsibility is a dangerous thing as it forces others to compromise their own accountability. This diffusion is akin to saying, “All five of us were driving the car when it crashed.” It does not make sense and no one steps up to do the right thing because no one person comes forward and says I made the decision to speed up, I need to make what I did right.

Step no. 4 – ‘I am Me, the best I can be.’
Create an environment that allows you and others to be individuals. The best way to do this is by playing on each person’s strengths—not fixating on correcting or changing a deficit or character.

Step no. 5 – ‘I respect Just Authority, but Rebel against Unjust Authority.’
Learn and teach the critical difference between those in authority who—because of their expertise, wisdom, seniority, or special status—deserve respect and those unjust authority figures who demand our obedience without having any substance. Authority, commanded through self-promotion (think Donald Trump) need to be resisted and critically evaluated.

Step no. 6 – ‘I want group acceptance, but value my independence.’
It’s hard when companies demand a “team player” all the time. While we are, by nature, social creatures, conformity to be part of a group can sometimes be at the expense of social good. It’s the bad side of strength in numbers as we have seen people be part of certain political parties who watch idly as wrong things are being done around them. Take a step back, form diverse groups that support different thinking and promote independence and your values.

Step no. 7 – ‘I will be more Frame Vigilant.’
The manner in which issues are framed is more influential than the facts. Effective framing takes the form of scintillating sound bites, ads, slogans and logos. They influence us on an unconscious level and orientate our ideas towards issues. That’s why it’s important to ask questions to get a thesis and an antithesis to every important argument.

Step no. 8 – ‘I will balance my Time Perspective.’
It’s great to live in the moment but sometimes we stretch the present. We make “just this once” decisions that compromise our values and inadvertently, this present moment expands and just creates a trickle-down effect leading to more and more compromises. So really assess and hold to your values when you see mistreatment at the workplace. See something, say something.

Step no. 9 – ‘I will not sacrifice personal or civic freedoms for the illusion of security.’
Security is a great human driver and authority figures often capitalise on it. They promise you certain securities at the cost of basic human freedom. The security offered is often a distant illusion but your personal sacrifice is immediate and real. Think twice if, for example, your boss promises you a promotion in six months if you work overtime now for free.

Step no. 10 – ‘I can oppose unjust Systems.’
Believe in your vision and values. Seek like-minded people and share your ideas with others. Even in voting, one person can change everything.

Louisa likes to rage against the machine. She’d love to hear about a time you stood up for what’s right. Contact her at louisa.allycyn@leaderonomics.com to share your story. For more articles on Learn From Books, click here. 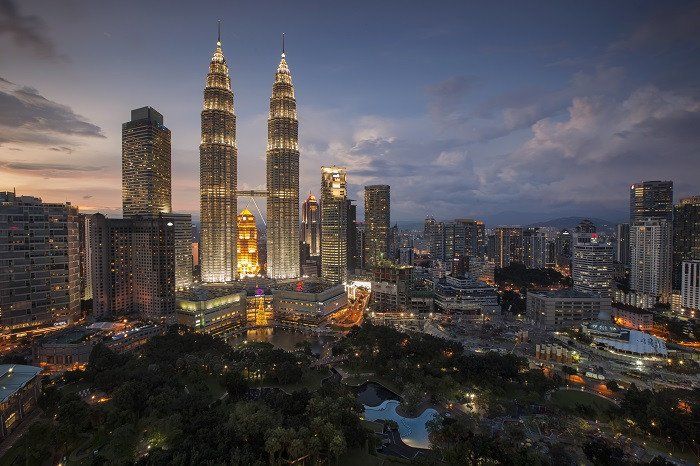 How Much Impact Do You Really Have On The World Around You?