Are Your Meetings Fruitful?

I was chatting with one of our editors when my attention was drawn to a book on her shelf. The book was a beautiful matte, burnished gold, but it was the title that caught my eye – Death by Meeting.

“Let me read that book!” I exclaimed.

The editor looked at me, highly amused and probably thinking that dying a painful death in meetings was on my bucket list.

Not exactly by choice, but yes, I have been driven to a painful near-death in meetings before – figuratively speaking, of course. In my previous jobs, I’ve sat through bi-monthly or even weekly six-hour staff meetings, regretting the six hours of my life lost forever.

Appallingly, I’d hardly be the only one.

Throw a stone and you would have no problem hitting someone who has suffered drawn-out, wholly unproductive meetings where one person speaks and everyone else thinks about the room temperature or the upcoming lunch break.

Author Patrick Lencioni terms meetings as “the most painful problem in business,” writing that “bad meetings, and what they indicate and provoke in an organisation, generate real human suffering in the form of anger, lethargy and cynicism.”

Count the number of times you have said “That was a great meeting!” Chances are, you wouldn’t need more than two hands.

Meetings should be the key defining activity that serves to drive a business. When people start dreading meetings, it is likely that they have become both boring and ineffective.

Lencioni’s Death by Meeting is a “leadership fable” where he frames his management philosophy within a fictional story. Lencioni’s characters tackle organisational obstacles through which he illustrates the applicability of his management solutions.

Death by Meeting starts by introducing us to Yip Software’s founder and CEO Casey McDaniel.

McDaniel was an amateur golfer whose career was cut short by a case of the “yips” – a chronic disorder that hampered his game. He retired from professional golfing and months later, launched the most realistic golf video game ever seen. McDaniel’s video game soon became wildly successful.

And yet under McDaniel’s leadership, the company was an underachiever, somehow finding a way to only just meet targets and keep customers happy.

His 200 employees were merely satisfied, content to perform their daily operational roles, never needing to compare themselves against competitors or the industry, nor develop any focus and passion in their work.

Subtle mediocrity had penetrated the organisation and this was most apparent in the weekly executive staff meeting.

After an employee survey concluded that staff were “largely unconcerned about the business”, McDaniel decided to sell Yip Software to motivate his people with a long overdue financial payoff. Conglomerate Playsoft then acquired Yip Software on condition that McDaniel and his managers would keep status quo of running the company.

Within weeks, a downturn hit the market and with it, Playsoft’s prospects. As the newest acquisition, Yip Software came under intense scrutiny and Playsoft’s formidable executive VP of business development J.T. Harrison, invited himself to Yip’s weekly staff meeting.

Unsurprisingly, the two-hour executive meeting was boring, unstructured and terribly ineffective. Participants touched occasionally on interesting topics and then let them drift away with no concern or frustration at unresolved business issues.

Bottom line, the meetings had become the birthplace of organisational issues from confusion, dispassion and lethargy, to problems of staff morale.

As a result, Harrison decided to drop in on McDaniel’s meetings over the next three months.

Panicking that his job was on the line and having a personal assistant on maternity leave, Mc Daniel hired an old friend’s son Will Peterson for the summer.

After sitting through yet another awful meeting, film studies graduate Peterson soon realised that the problem with meetings could be tackled with some key principles of movie-making.

Meetings take on average the same time as movies – approximately 90 minutes. Whilst movies are detached characters and scenarios played out on a screen with no consequence to our lives, meetings directly impact our actions and well being.

And yet we find it easy to be completely absorbed by a great movie, connecting deeply with the characters, cheering for them to overcome obstacles and achieve a satisfactory resolution.

Most meetings are boring because they lack the key ingredient that makes any activity interesting – drama and conflict.

They’re populated by a great cast (our colleagues) and filled with high enough stakes (our immediate and long-term future), yet many meeting leaders focus on avoiding conflict and sensitive topics.

Any team with two or more people are bound to have differences in experience, perspectives and opinions. A meeting leader must seek to uncover any areas of conflict where team members do not agree to allow thorough evaluation of important topics. Exploiting this potential for conflict fully utilises the synergy of a group when working out issues in order to make better collective decisions.

“The leaders of these meetings have to think of themselves as directors. Get people hooked in those first 10 minutes, then mine for ideological conflict, and drive it to a conclusion.” – Death by Meeting, pg 164

The Myth of Too Many Meetings

Lencioni argues passionately that we do not have enough of the right kind of meetings. Many of us lapse into the habit of what he calls “meeting stew”, where every topic imaginable is fair game for discussion and results in an unstructured, ineffective, unsatisfying meeting.

Psychologically, “it’s almost impossible for people to shift mindset from tactical issues to a strategic one” – in other words, we need to create the right contextual setting to give the right amount of time for different types of discussion topics.

The daily check-in, or team huddle, is similar to the five-minute news headlines and resolves immediate operational issues for the day.

The weekly tactical functions like a sitcom episode to resolve immediate tactical obstacles and identify potential “big picture” issues to be brought up in the monthly strategic meeting.

Many would complain at having even more meetings, but the reality is that we become so entrenched in lethargic organisational habits that we do not rethink meetings to our own advantage.

When properly structured and driven, meetings become great time savers because of accelerated decision-making and less need to repeatedly bring up unresolved issues.

Improving our meetings through clarity, closure and buy-in not only enhances the performance of our businesses, it also positively impacts the lives of people and our relationships with one another.

So did Peterson’s film and psychology theories save Yip’s staff meetings and Casey’s job? Pick up this immensely readable book to find out…

Yi-Wen is a Leaderonomer who hopes she will never suffer another painful death by meeting. For more information on Leaderonomics’ programmes on time management, personal/team effectiveness and decision-making, contact people@leaderonomics.com Yi-Wen is part of the Leaderonomics Corporate Services team, helping to grow people into leaders through immersive simulations that contextualise learning into application and action. Click here for more articles. 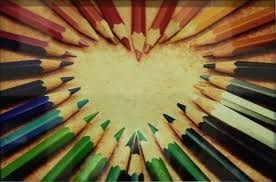