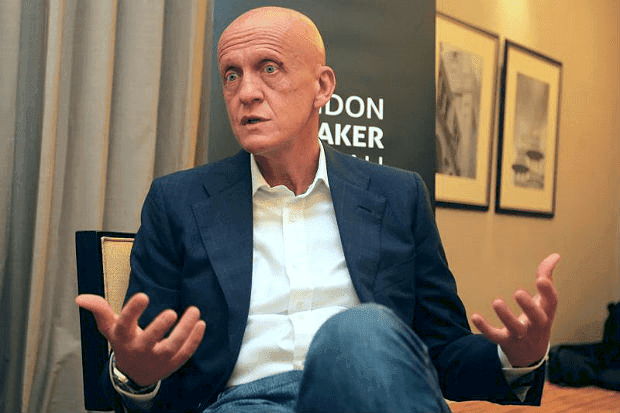 It’s not a pipe dream

A few weeks ago, I met up with Pierluigi Collina, the famous bald-headed former FIFA referee who was declared the “best referee in the world” and interviewed him for our Leaderonomics Show.

Whenever I meet someone who at one point was tagged “best in the world”, I become curious as to how they got there. From the arena of professional sports to the boardrooms of major businesses, only a thin slice of peak performers dominates every field. What is their secret to success?

Collina went on to ramble about the need to be prepared for games and to make great decisions under pressure. That is how one becomes the best in the world (at least to him!). Well, he was a referee, so I guess that was what I should have expected him to say.

He did go on quite lengthily on the importance of making mistakes and learning from them. We discussed Villareal vs Everton in the Champions League game and a big vital decision he had to make which swung the game to Villareal.

Collina explained that everyone makes mistakes. What was key is not just about making the mistakes but understanding why you did. He advocates deep self-analysis.

Once you understand the “why”, he said you need to “plan to come back stronger than before. And don’t continue to think about the mistake.” In other words, you learn from your mistakes and move on.

To watch the full interview with Collina:


Great advice from the “world’s best referee” but I hungered to learn more about being the best in the world.

Hence, I reviewed my time when I got to meet world No. 1 badminton player Datuk Lee Chong Wei, a few days after the wrenching defeat to Lin Dan in the 2012 Olympics final. I had asked Lee the same question I posed to Collina – “how does one become the best in the world?”

“There are so many badminton players in Malaysia and to be chosen out of the many thousands and even millions of people is not an easy feat. Talent is needed but that alone will not bring you success. Dedication, perseverance and self-discipline are must-haves as well.”

To watch the full interview with Lee Chong Wei:


My ‘best in the world’ story

As I explored this concept of being the best in the world, I recalled the time I was part of the leadership team of a Malaysian company whereby we turned around from “worst in class” to “best in the world”.

When I first stepped into that organisation more than 15 years ago, it was a small, bureaucratic and somewhat deflated company with employee morale at an all-time low. The performance of the company was atrocious.

While similar best-in-the-world global competitors had a service turnaround time of around 45 days, there were instances where the organisation’s turnaround time exceeded 450 days.

With too many issues and challenges, I remember wondering why I accepted such an “impossible” assignment.

Yet, fast forward two years later and the organisation had transformed into one of the best in the world. Turnaround times were occasionally below 40 days and even hitting 35 days, cementing itself as the world’s best.

More interestingly was that the workforce remained the same “Malaysian” workforce that we inherited two years before. Not much had changed on the technology or structural front either, i.e. it was the same equipment, similar processes and organisational structure. So, what made the difference?

People. Although the people were exactly the same folk from before, they had changed drastically. There was a belief running through their veins. They believed they could be the world’s best. This hope ran through them all; their hearts giving them hope and aspirations to be the best.

We personally embodied this growth mindset. We set out to become world-class leaders ourselves and this enabled our teams to role-model our commitment, determination and desire. This led to our teams being infected by our zeal which was passed down until the whole organisation desired to become the world’s best.

Having the desire to be the world’s best means nothing. Everyone desires to be great but only a select few eventually succeed. This is because the journey to greatness is full of challenges, struggles and complexity.

Once we enable each member of our organisation to catch the “desire for greatness” fire, we set about the hard work of making this dream come true.

This meant working tirelessly on processes. It meant changing one small thing daily to better ourselves. It meant improving our turnaround time from 100 days to 99 to 98 to 97 days and never losing hope of being the best. It meant learning new skills, mastering new ways of speeding up the work and unlearning things that were constraining us.

As I interview countless others who are categorised as the best in the world, the same pattern plays out. Having the desire to be the best is only the first step. We usually term that as vision.

The next step is knowing how far we are from our vision (most people call that self-awareness). Then it is about putting a plan on getting from “where we are” to our “vision”.

Finally, we then have to execute the plan. This means learning new skills, untangling ourselves from constricting cultures we have been laden with, executing ruthlessly and overcoming the many obstacles and barriers that keep us from realising our dream.

It is a long and winding journey to become numero uno. The process to becoming number one is a painful journey whereby many who have ventured end in failure. However, for the brave ones who persevere, it is a journey like no other. There is no greater feeling than being the best.

I remember the feeling when a big customer from Japan signed a long-term deal with our somewhat small company.

The boss at this Japanese organisation told me that he knew in his heart that we were poised to be the best in the world and he wanted to sign a long-term contract with us before we became No. 1 (so he could leverage better price!).

More importantly, when we did become the best, seeing the glow and pride in every employee knowing that these Malaysians were the best in the world was a priceless moment.

Hard to be great

Let’s face it. Not many of us are going to be world-class or excellent at everything. Even Albert Einstein could not find his way to the neighbourhood grocery store! (His response to that was “I don’t clutter up my mind with trivia!”).

Remember that the best in the world are never the best at everything. They focus on one key aspect or space and work relentlessly in that area.

Many companies are good companies. However, being great requires leadership commitment, a relentless focus on world-class processes and structures and a culture that enables the best to thrive and innovate. This is not an easy task.

Also, we do not need to be the best at everything – just the things that really matter. So, be selective. These will vary from you to me to someone else. They will also vary from one organisation to another.

Sadly, many companies in Malaysia do not bother to aim at being the “best in the world” in a specific space or area. Yes, it is extremely hard, but we have the talent and ability to be the best in the world.

What we need to add to the mix is sheer determination and hard work (like Lee), learning constantly from everyone and our own mistakes (like Collina) and leadership commitment to being world class (as my team did in our organisational turnaround).

There is a difference between the best and the rest. The best ones lead better, make better decisions under pressure, learn faster and ask better questions. They all play to win and never play to lose.

They are filled with passion and unrelenting resolve to achieve the vision and goals they set out. Collina alludes similar resolve concluding his session with me by reinforcing another element that defines the great – a deep-rooted determination to be the best in the world.

As I reflected on my conversation with Collina, Lee and others who are the world’s best, and my own experiences in building a “best in the world” organisation once, I started to realise that becoming the best in the world is not impossible.

Every single business in Malaysia should aspire to become the best in the world. If this bald-headed Italian did it with willpower and hard work, any one of us could do it.

The bigger question is: Are we willing to dream bigger, push ourselves, work harder and learn faster? If we do, becoming the best in the world may not be a pipe dream!

Roshan Thiran is passionate about transforming the nation through leadership and youth development. His goal in life is to make Leaderonomics the best in the world in the leadership sphere and he knows he is not far off. To get resources to all of Roshan’s videos and articles, go to Facebook and “Like” www.facebook.com/roshanthiran.leaderonomics or connect with him on LinkedIn at http://lnkd.in/tdhyMR .  For more articles on becoming a leader, click here! 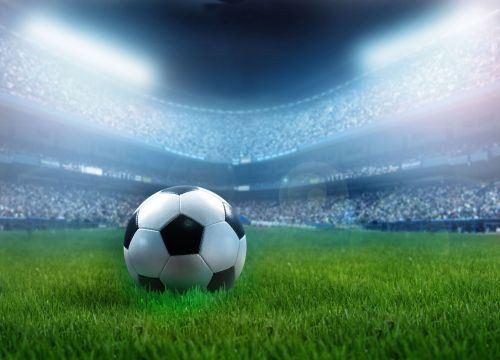 Life Is A SPORT

Tags: Be A Leader, Vision, Purpose