Are Women Losing Out? 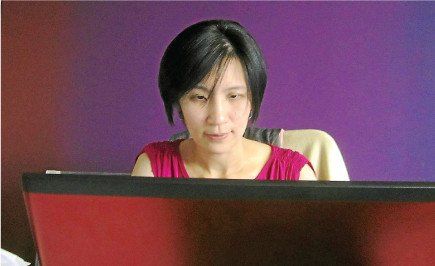 Women today have more privileges and exposure compared with women of a few generations ago. During our mothers’ era, career opportunities for women were limited. The working world was dominated by men. Even when it came to pursuing tertiary education, there were more men than women. However, this culture has taken a drastic turn.

According to the chief operating officer of Facebook and the first woman to serve on Facebook’s board Sheryl Sandberg, women are not making it to the top in any profession, anywhere around the world.

This might interest you: Are Women Less Credible As Leaders?

“In a poll of 190 heads of state, only nine are women. Of all the people in parliaments all around the world, only 13% are women. When it comes to the corporate sector, women on the top who are holding C level jobs or who sit on the boards, there are only 16% to 17% of them and sadly, the numbers have not increased since 2002.

“Even when it comes to the non-profit organisations, where we think that women hold a vast number of lead roles, there are only 20% of women at the top,” says Sandberg in a popular TEDxWomen talk from 2010.

Why is this phenomenon occurring? Is it because of one’s behaviour or perception? Ontological Coach, Neuro-Lingistic Programming (NLP) master practitioner and a PSYCH-K facilitator from London with 10 years’ experience in Investment Banking Piya Khanna believes that the biggest reason is that women do not believe in themselves and lack the self-confidence to go for top jobs.

“More often than not, women self-select themselves out of jobs (or should I say self-reject) because of their beliefs that their abilities limit them – for example, ‘they’ll never hire me’ or ‘I don’t have the qualifications’ or ‘I don’t know everything there is to know about doing the job’. The result is that fewer women actually apply for senior positions, so automatically the talent pool has a disproportionate number of male applicants,” she explains.

“The interesting thing is, men often do the opposite – if they don’t know everything there is to know about the job, they assume ‘they will pick it up as they go along’.

“They go in with the attitude of ‘I’ve nothing to lose, cannot hurt to go for it’ and generally believe that they ‘have what it takes’ to do the job. Also women constantly seek reassurance that they are doing well, they are not making mistakes and this sort of constant self-questioning is destructive as it does not really foster their managers’ belief in them.”

On another note, Sandberg says that women don’t negotiate for themselves in the workforce. According to her, a study for the past few years on people entering the workforce right after college showed that 57% of the men were negotiating their first salary but only 7% of women were doing so.

Another thing is, men attribute their successes to only themselves but women attribute them to other external factors. For example, if you ask men why they did a good job, their answer will be; “because I am awesome” but a woman would reply “someone helped me” or “I got lucky” or “I really worked hard”.

Sandberg has three valuable messages to be conveyed to all women who want to stay in the workforce and carve a name for themselves in their career path.

Always be where the main agenda is. For example, at a board meeting or any meeting that you attend, play an active role and make sure that you are noticeable. Don’t sit at the corner where there are chances for your presence to be missed. According to Sandberg, no one gets to the top by sitting on the side and not at the table.

“No one will get the promotion if one doesn’t think he or she deserve success or doesn’t even understand one’s own success.” It is important for you to believe in yourself first and negotiate for yourself if you know you are worth it.

Sandberg believes that each of us should tell ourselves to believe in our potential and to reach for the promotions and opportunities available without doubting our abilities.

“Men are reaching for opportunities more than women and it is time to get women to sit at the table.”

2. Make your partner a real partner

Along the years, women have made more progress in the workforce than they have at home. According to Sandberg, data shows that if a woman and a man have a full time job and a child, the woman does twice the amount of housework the man does and contributes three times more into child caring so when the question of who stays at home arises, the answer is easy.

It has been such in the norm of society where the pressure is on the boys to succeed more than the girls. Hence, it is difficult for stay-at-home fathers as they are not given much support by the society.

It is very crucial to give equal importance to the job of working inside the home for people of both genders without coming across as being biased.

By eliminating this stereotype will only create a fair play for women to stay in the workforce and to reach out for the top notch positions.

3. Don’t leave before you leave

Sandberg says that some women have the objective of staying in the workforce, yet the actions they take lead to them eventually quitting.

For example, amidst the busy working life, some women start to think about having a child.

“From the moment, they start doing so, thoughts of making room for the baby and nurturing for the child arise. At that point, these women do not raise their hands anymore.

“They slowly move to the corner, do not take on new projects and do not look for promotions and new ventures to widen their horizons. They start leaning back,” she explains.

She adds that it is ironic but women start thinking about this way too early, even before they get pregnant. Some even think about this before they are even married. These thoughts eventually result in them becoming passive in their job and not reaching the milestones which otherwise would have been easy to achieve.

“Once you have a child, your job must be really good to go back to because it’s hard to leave that kid at home. Your job needs to be challenging and rewarding. If two years ago, you didn’t take a promotion and if some guy next to you did, or if three years ago, you stopped looking for new opportunities, just because you were thinking way ahead without realising, [you are less likely to want to come back].

To connect with Leaderonomics Digital Learning team, email us at learn@leaderonomics.com. 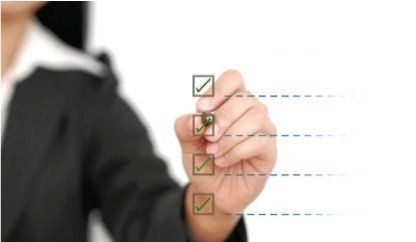 Set Goals And Keep Them