5 Skills You Need To Be A Great CEO 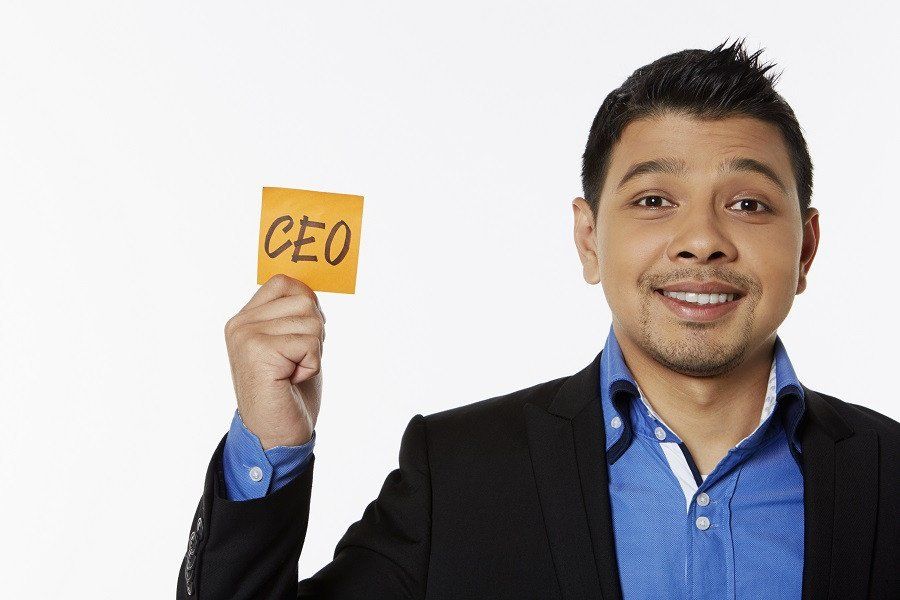 We all want to know the secrets to being a great chief executive officer (CEO). So wouldn’t it be great if we actually were able to compare two CEOs in the same industry to see why one was better than the other?

I was really fortunate to work with two CEOs in the same industry, so I got to see the differences up close. One of the CEOs was a great leader, and the other CEO was not a great leader.

The two CEOs were similar in many ways. They were of the same generation. They both grew up in the lower middle class.

They both had sizeable egos. And they both enjoyed some level of success.

However, one of the CEOs, the late John “Jack” F Gifford, built his company (Maxim Integrated Products) to over USD2bil/year in revenue.

The other CEO (we will call him “Bob”) wanted to build a USD1bil/year company, but his company was stuck for years with revenue of around USD200mil/year.

Eventually, activist investors forced Bob to sell his company. Bob had missed too many plans for too long, and Bob lost the support of his board of directors.

What made the difference? 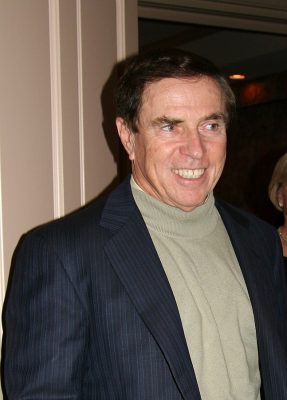 Although Gifford and Bob were similar in many ways, they were different in some important ways too.

It’s the differences between them that explain why Gifford was so much more successful than Bob.

Jim Collins in his masterwork, Good To Great: Why Some Companies Make the Leap… and Others Don’t developed a framework for evaluating leaders. I’ll use Collins’ framework to evaluate Gifford and Bob.

Interestingly enough, Gifford and Bob were distinctively different in each category.

Difference #1: Getting the right people on the bus

One of the great things I learnt working at Maxim was the importance of having a great team. Every department of the company was full of A players.

Everything is so much easier when you work with A players. You almost take it for granted that things will get done.

So I ended up replacing all of my direct reports except for one. Then, I had the ability to move forward and turn the division I was running from unprofitable to profitable.

Gifford used to have an absolute paranoia about what was wrong at Maxim. It didn’t matter how well the business was doing, there was always a way to get better. In fact, Maxim underwent some of its biggest improvements when things were going well. Complacency just wasn’t in Gifford’s vocabulary.

Bob, on the other hand, only wanted to hear what was going well. He hired me to “bring us up to your level”. At least that was the pitch.

The reality was something much different. I’ll never forget presenting to Bob a status of the division I had taken over.

The division’s revenue had dropped from USD100mil/year to USD10mil/year in the year before I joined the company. It was my job to turn the division around. The issues were not complex to fix, so I was excited to explain how to fix the division to Bob.

“Now you’ve done it!” Bob said after I explained the first thing we needed to fix.

“Now you’ve done it!” Bob said after I explained the second thing we needed to fix.

“Now you’ve done it!” Bob said after I explained the third thing we needed to fix.

Bob then stood up, looked at me and said, “I never want to have another meeting like this again.”  Bob then walked out the door.

Nowhere was the difference between Gifford and Bob more obvious to me. Gifford would have demanded knowing where the problems were. Working with Gifford was not for the faint of heart. Sometimes the meetings with Gifford were messy.

Sometimes, the meetings with Gifford involved violent yelling matches. More often than not, problems were uncovered and resolved.

Bob didn’t want to know where the problems were. In Bob’s case, the emperor truly had no clothes. I never, in my remaining time working with Bob, ever told him about another problem again.

The hedgehog concept means it’s not enough for you to just have been in business for years, but you have to be the best in something.

Maxim was either No 1 or No 2 in most of the product areas the company focused on. And the company was busy figuring out how to be No 1 when they were No 2.

Bob’s company was not the best in any area the company competed in. However, there was the belief that “God” had pre-ordained the company was going to be the best just because they entered a market segment.

“Why do we expect to win in this segment? We don’t have the technology or the talent to win here,” I asked.

“Because we’re entering the market,” came the reply.

Difference #4: A culture of discipline

Gifford built Maxim on a culture of rigour and discipline. Bob seemed to take another route.

I’ll compare the product development and introduction process of the two companies, as an example.

Maxim had a rigourous product development process. There were detailed reviews at each step.

A project couldn’t go forward without approval. There is a checklist of items for a product to be completed, a strict quality criteria to be met, and various marketing collaterals to be developed and ready to go.

Bob left the product approval process in the hands of his general managers. The general managers, whose bonuses (including mine) were tied to the number of product introductions were completed, took liberties.

It was a case of the fox (no pun intended) guarding the hen house. The division I took over had products that were introduced with no customer instructions on how to use the products. The product quality was suspect at best.

Bob, on the other hand, would complain why new products didn’t sell.

Difference #5: The flywheel and the doom loop

I worked with Gifford for over 11 years, and I helped Maxim grow from USD40mil/year to over USD1bil/year during my time there. Gifford was unbelievably consistent on what he wanted.

Gifford’s vision of building a great analog integrated circuit company never wavered. It was the same in year one as it was in year 11. The focus was on constant and continuous improvement.

Bob’s vision, on the other hand, seemed to always waver. Most of the wavering was what Bob felt the “analysts” wanted the company to do.

“Wireless is hot right now, so let’s focus there,” Bob would say. So, the company focus would change to wireless.

“Networking is hot, so we need to do more networking products,” Bob would say. Then the company focus would change to networking.

It didn’t matter that Bob’s company had no strategic advantage in wireless and networking. They were just hot markets that the analysts liked, so the focus changed.

The final difference: Be generous

Gifford certainly wanted to personally make a lot of money. And he did.

However, Gifford had one of the most generous compensation programmes in the Silicon Valley. The wealth creation went to all levels of Maxim.

Maxim had a very simple sick policy: If you’re sick, stay home. If you’re healthy, go to work. There was no paperwork required if you were sick.

The contrast with Bob couldn’t have been more dramatic.

Bob wanted to make a lot of money, but Bob was seemingly indifferent to what happened with his employees.

Bob’s stock option plan was the bare minimum compared to Maxim’s generous plan. The result was employee turnover at Bob’s company was much higher.

Know how to build a loyal following

Gifford, despite a massive ego, knew how to build a successful company for the long term. Bob did not.

Gifford understood that consistency, a focus on continual improvement, and generosity were the keys to building a loyal team.

I applied the lessons I learnt from Gifford and Bob to my own leadership style when it was my turn to build my own company.

You can do the exact thing I did and apply these lessons to make yourself a better leader, so you can build a great company too.

Brett is the founder and former CEO Touchstone Semiconductor. With over 20 years of experience in building businesses, he is now a turnaround specialist, and executive coach. Would you like to share your thoughts about this article? Email us at editor@leaderonomics.com. 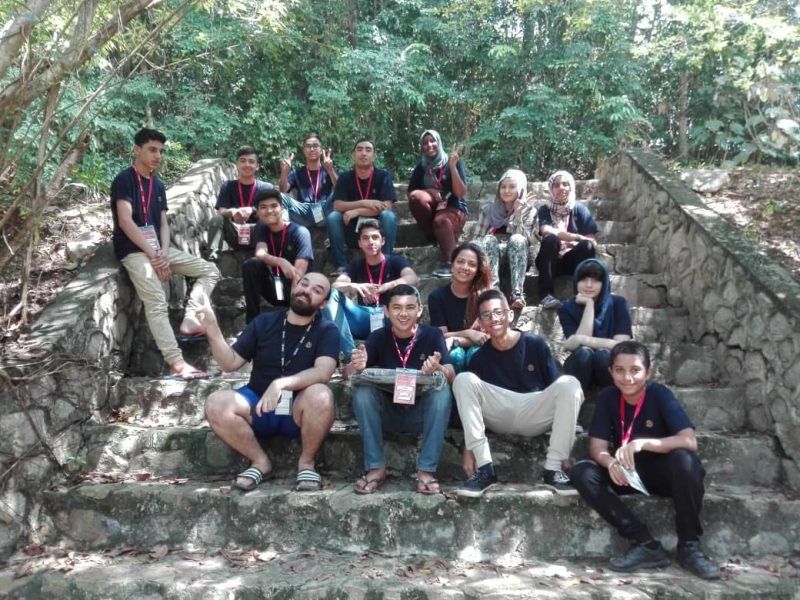 DIODE: How It Helps To Break Boundaries And Release Talents